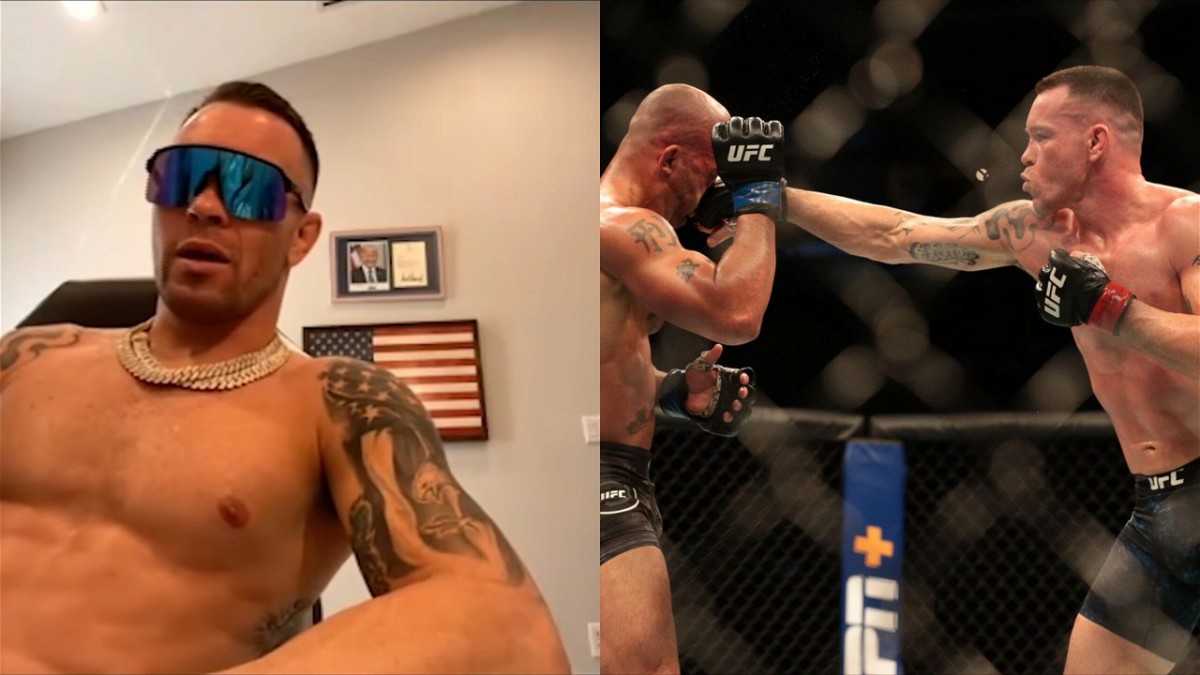 Colby Covington will go up against one of the most dangerous fighters in the welterweight division, Jorge Masvidal at UFC 272. Masvidal is considered the best striker in the division alongside Stephen ‘Wonderboy’ Thompson. Against a fighter like that, Covington will have to implement his wrestling much more than he did against Kamaru Usman. Hence, it will take a lot of cardio for him to wrestle for 25.

Fortunately for him, Colby is known for having great cardio. After getting rocked against Kamaru Usman at UFC 268, fans were expecting him to lose the fight via stoppage. However, Colby managed to get his bearings back in time. And, to everyone’s surprise, he actually managed to put Usman in danger during the latter 3 rounds of the fight. Despite losing the contest, Colby displayed the level of a gas tank he possess.

In a recent interview with Kevin Iole of Yahoo! Sports, Colby Covington spoke on the importance of cardio. He used his fight against Robbie Lawler as an example of his insane stamina.

Colby Covington: ‘Nobody can match my pace in the Octagon’

Colby Covington fought Robbie Lawler in August of 2019 during a Fight Night main event. During that, he attempted 541 strikes and landed 201. Moreover, Covington managed to get 10 takedowns in the fight out of the 18 he attempted. He dominated the fight from the word ‘go.’ In an interview with Iole, Colby Covington added that he does not get fatigued during fights and his cardio allows him to an insane pressure on his opponents. The former interim welterweight champion added,

“Yeah, I don’t get tired. People, they call me cardio king for a reason. I got a second lung you know. What I did to Robbie Lawler, man! His face looked like hamburgers meat afterwards. He did not look good. He had a concussion backstage, he was (hurt) bad.”

“I broke the strikes record on his face. I think I threw like 500 landed strikes on his face. So, you know that was a history filled night for me. It was a beautiful night against the boogie man of the division, Robbie Lawler, the most fearsome fighter that came through the division. The most heavy puncher that it has had. I decimated him. I made him look like an amateur.”

“So you know, that’s what I do. I pick people apart, I dissect them. My volume, nobody can match my will and pace in the Octagon. That’s true dominance man. Not knocking someone out, getting a lucky punch. Dominance is breaking them and beating them from second one to minute 25.”