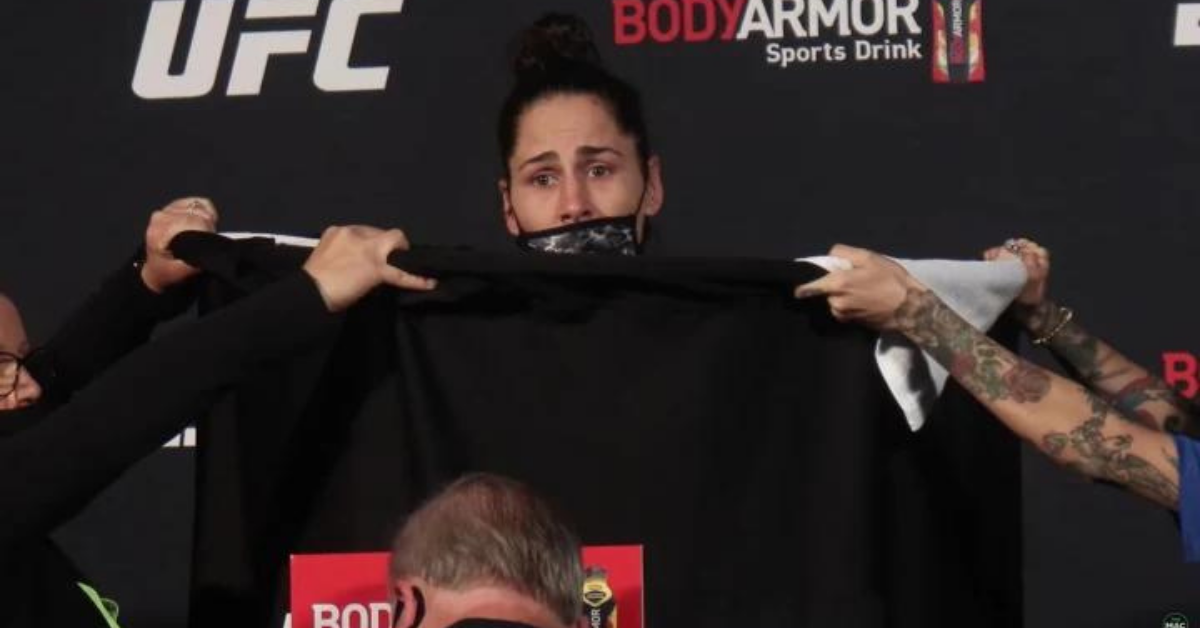 UFC 250 is in the books now and we move on to the next fight card. This fight card has been heavily criticized for its main event that features the number one contender of UFC Women’s flyweight division, Jessica Eye.

The former title challenger takes on Cynthia Calvilloin the main event and some fans are clueless of this decision taken by UFC. Jessica Eye suffered a brutal knockout loss against the flyweight champion, Valentina Shevchenko. And her counterpart, Cynthia Calvillo is relatively new to the UFC.

While fans expect explosion and action in the main event this fight does not seem promising to the fans. However, due to the travel restrictions, UFC fighters were unavailable to participate in any events. Apart from that, many fighters have even decided to not fight during this world crisis. That has left UFC in a tricky position when it comes up put up entertaining cards every week.

So it’s understandable why UFC would book this main event. Most importantly, this main even would give a much-needed boost to the women’s flyweight division that has been dominated by the great Valentina Shevchenko for a long time. Unfortunately, one half of the main event, Jessica Eye has missed weight ahead of one of the biggest fights of her career.

Three UFC fighters miss weight ahead of the fight night

Jessica Eye was not the only one who missed weight ahead of the fight night. Karl Roberson, who takes on Marvin Vettori in the co-main event, misses weight by 4.5 lbs for the middleweight fight. Besides that, Zarrukh Adashev also missed weight by a margin of 2.5 pounds.

Dustin Poirier talks about the learnings from Khabib Nurmagomedov loss

However, it was Jessica Eye’s weigh-in that caught the attention of the MMA world as she looked drained during the weigh-ins. The flyweight fighter was even unsure whether she could stand up after the weigh-in and she also apologized to the media present during the official weigh-in.

On one hand, it was Jessica Eye’s time to shine as she was the main event of fight night. So it was expected from her to show up. However, in a world where there is chaos everywhere starting from pandemic to riots, one can understand why a fighter would miss weight.