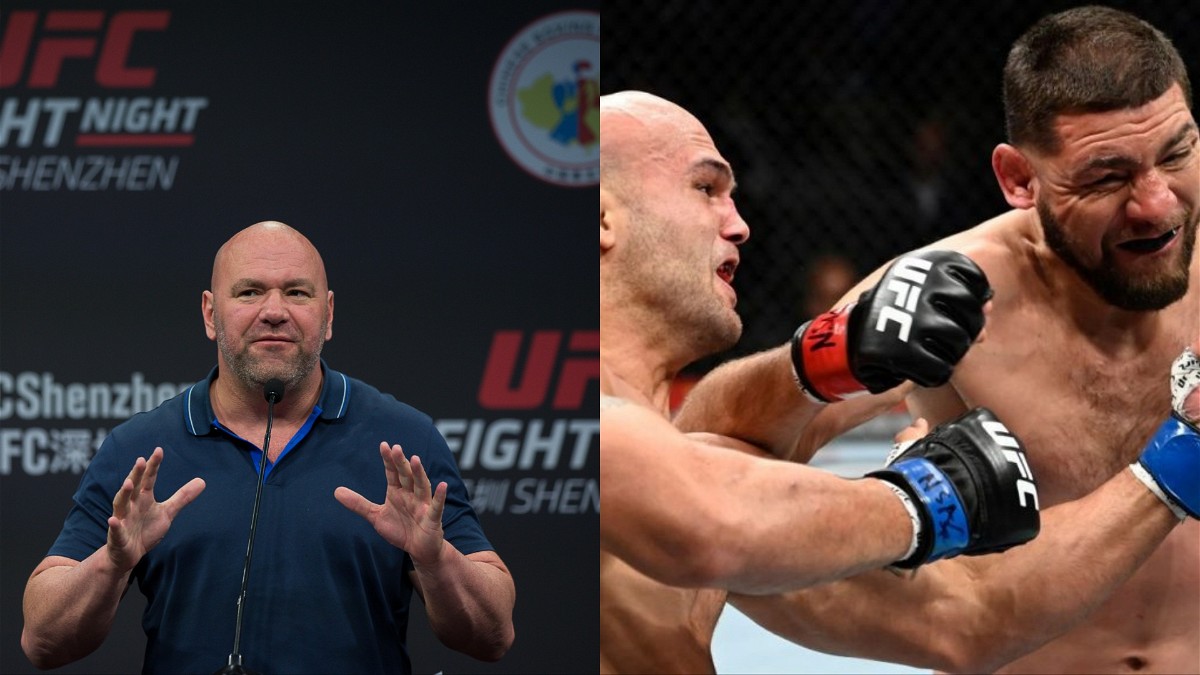 Nick Diaz made his return earlier in the year. After almost 7 years of inactivity, the older Diaz brother fought Robbie Lawler. Dana White recently sat down for an interview with ESPN MMA journalist Brett Okamoto. He reflected on the year and he addressed both of the Diaz brothers. He commented on whether he wants to see Nick Diaz fight again or not.

The first Robbie Lawler fight took place over 17 years ago. Both fighters were in their 20s at the time and it was a brilliant display of striking skills. Despite early success, Robbie Lawler lost his composure as Diaz started taunting him. The man who would go on to capture the UFC Welterweight Championship dropped his hands and walked forward recklessly. Diaz took advantage and Knocked Lawler out face-first on the mat.

Following that fight, the older Diaz brother never looked back. He went on to fight legends such as Frank Shamrock. Nick eventually captured the ‘Strikeforce’ Welterweight championship. His knockout of Paul ‘Semtex’ Daley still holds a special place in the hearts of Mixed Martial Arts fans.

Dana White does not want Nick Diaz to fight against

Despite all of his past successes, Nick Diaz who stepped into the octagon in was 38 years old. He hadn’t won a fight since his win over B.J. Penn in 2011. Hence, there were a lot of eyes in the fight to see what he looked like upon his return.

Coming into the rematch, Nick Diaz gave a very telling interview to Brett Okamoto. In the segment, the 38-year old seemed pretty uninterested in any kind of fight against Robbie Lawler. It looked as if he was fighting out of obligation. Dana White pointed that out in his interview.

The UFC president said, “Regardless of how good [Nick Diaz] looked and what he did after such a huge layoff, I don’t think he should fight… I don’t think that Nick does it cause he loves it, I think Nick does it cause he has to do it … When I always talk about people sitting in bumper to-bumper traffic and go to a job they hate, that’s what I feel like when Nick Diaz is getting ready for a fight.”

Although there are lucrative match-ups out there for the elder Diaz brother such as Conor McGregor and Jorge Masvidal, Dana White’s comments are indicating a possible retirement or a release from the contract. Could Nick Diaz find himself face to face with Jake Paul in the near future?