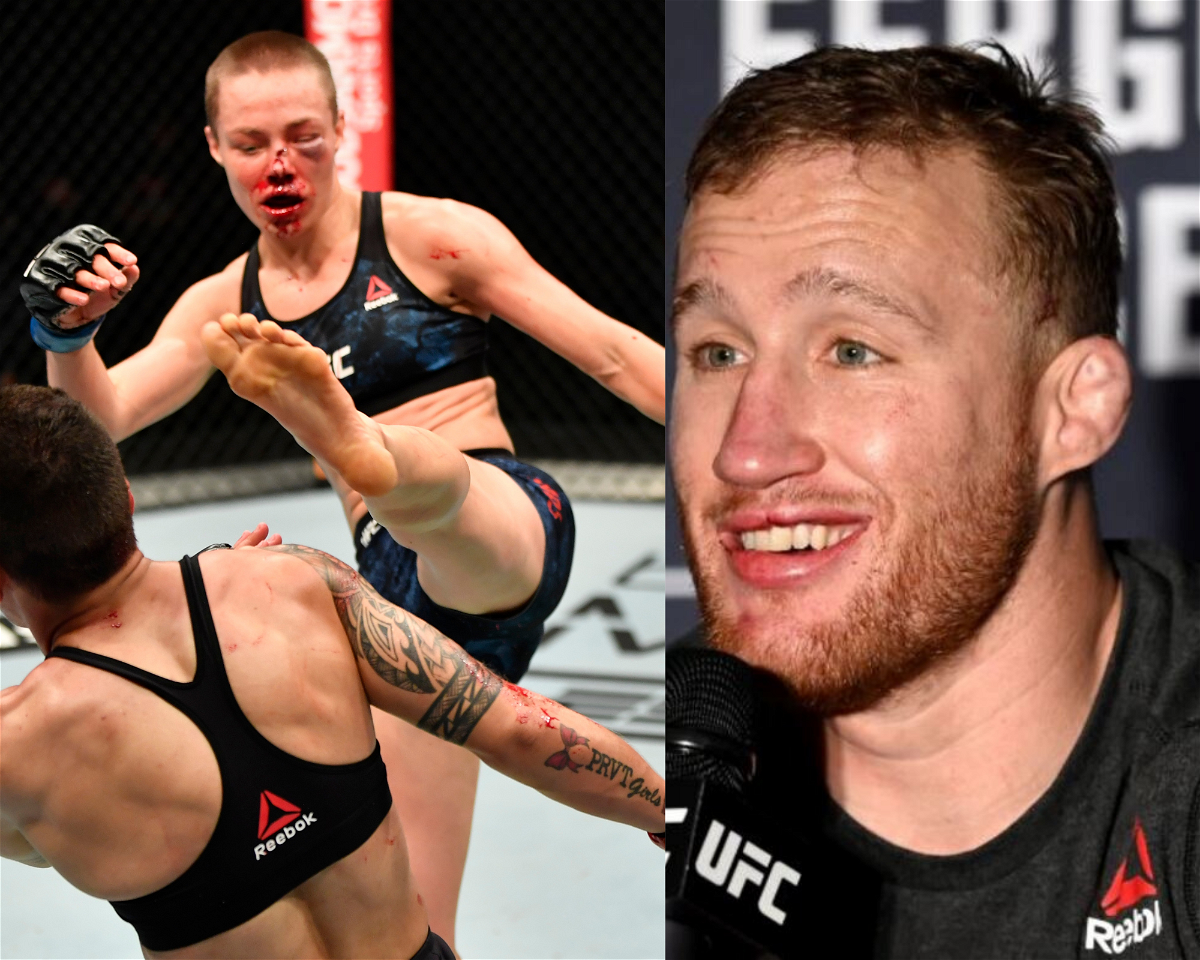 UFC women’s strawweight champion Rose Namajunas will defend her belt against Zhang Weili on November 6 at UFC 268. With this event taking place next month fans are highly excited because it is stacked with big superstars like Kamaru Usman, Colby Covington, Justin Gaethje and many more.

Speaking about this women’s strawweight matchup, Zhang Weili will be looking for retribution after suffering a knockout loss against Rose in the first round of their fight at UFC 261. Subsequently, Gaethje who has trained with Thug Rose weighed in on this fight in an interview with Brett Okamoto of ESPN.

The former interim lightweight champion acknowledged Zhang Weili’s kicking power but he believes that it is nowhere compared to Rose Namajunas’ ability.

What she did to Joanna, what she did to Weili, those are all things that men fight for. You know bigger men 155 and 170. That’s why you just see them put out with just one shot. And these females are showing us something different.

He also added that “I don’t wanna get hit by Rose. I’ve been kicked by Rose. She’ll put anybody out. If you don’t see it coming and don’t brace for it, you’ll go to sleep. Yeah, so that ability as a female fighter is tremendous. I mean Weili has that but it is nowhere near to the sense that Rose does.”

Receiving this kind of praise by Justin Gaethje is a big compliment because he is one of the fiercest fighters in the promotion.

In their first faceoff at the main card of UFC 261, Rose Namajunas delivered a stunning head kick to knockout Zhang Weili in the first round to win the UFC women’s strawweight belt. Now they are going to faceoff once again, at UFC 268. 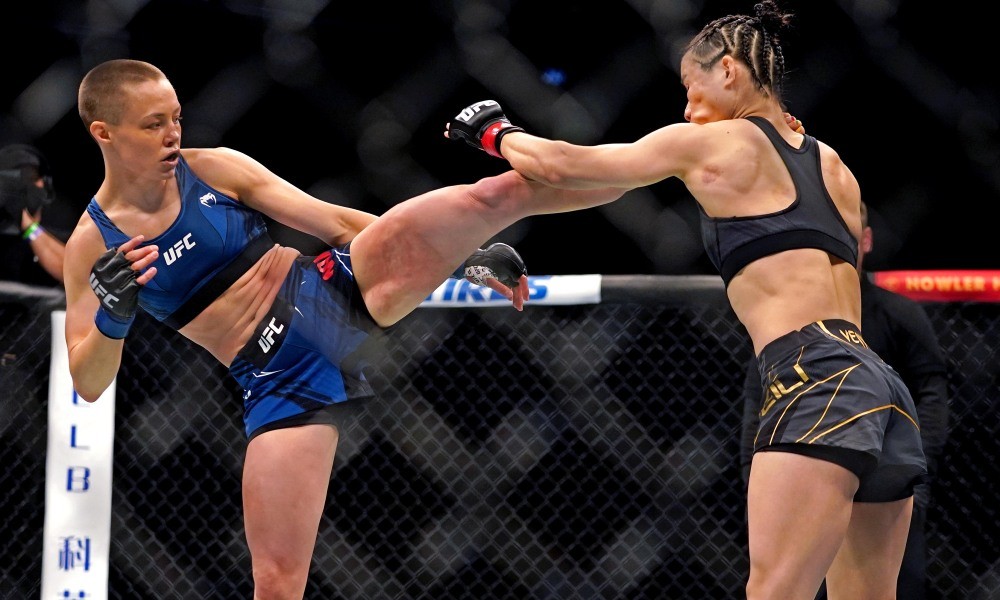 Subsequently, as we lead up to this fight, Thug Rose has revealed a part of her strategy for this upcoming fight against Weili in an interview with The Schmo. She said that she will continue using leg kicks as a weapon to overcome Zhang Weili at UFC 268.

“Of course, yeah. Well, it worked you know. We can always test that out [again]. I’m always gonna be throwing those kicks now… That’s what I started in is Taekwondo. So I’ll definitely be doing that and a lot more. That was just, kind of, one of 10 ways that I see myself finishing her.”

Both the fighters are gearing up for this rematch and fans can expect a nail-biting war between the two in the main card of UFC 268.