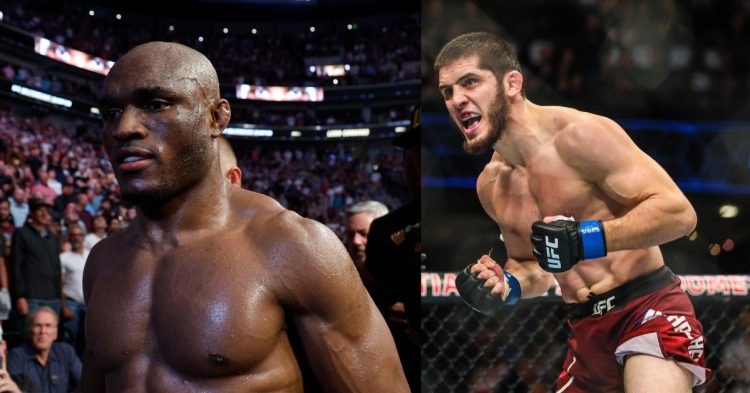 The current UFC lightweight title challenger Islam Makhachev has expressed his desire to fight at welterweight in future. He said it ahead of his title fight against Former Champion Charles Oliveira at UFC 280. The Russian was asked if he sees himself moving up a weight class some day. And he had an exciting answer for the fans

Even though Usman Makhachev does plan to move up, he did have a check-list he would like to complete in the lightweight division. The immediate goal for the Russian is obvious. It is to get his hands on the lightweight strap as that’s something he needs to do if he wants to further his legacy.

Makhachev wants to win the lightweight title and defend it a handful of times. Following this he wants to move up to welterweight. It is important to note, that is something Khabib never moved upto welterweight division throughout his dominant UFC career. He was shattered by his father Abdulmanap Nurmagomedov’s passing and retired with a record of 29-0.

Islam Makhachev also mentioned Kamaru Usman and how he doesn’t approve of the concept of ‘lapping the division’ like Usman and Israel Adesanya are doing these days. Islam looks forward to a variety of opponents, and not rematches with the same people over and over. Makhachev stated:

“I need to defend this belt minimum three four times. When I see some situation in my division..like I don’t want to be like Kamaru beating same opponents. I don’t want this, I am gonna try in other division for my legacy.”

Charles Oliveira is not an easy challenge for Islam Makhachev

Islam has quite a number of critics due to the lack of top-5 names on his resume. He has a long way to go in terms of legacy. Defeating Charles Oliveira, who has beaten the likes of Justin Gaethje, Dustin Poirier, and Michael Chandler to name a few, would give him the respect that he arguably deserves.

Islam wants to follow in the footsteps of his brother and coach, Khabib Nurmagomedov and become the lightweight champion. Many including Daniel Cormier and Coach Javier Mendez have claimed that Islam Makhachev might be the only UFC lightweight who is better than Khabib Nurmagomedov. And that alone is a scary thought.

The Russian has his plans made out and somewhat sorted, but a big obstacle stands in the way. It’s none other than a fighter that’s in no way a pushover. It’s Charles Do’Bronx Oliveira, and he’s not here to play games. It will be intriguing to see who comes out victorious at UFC 280.