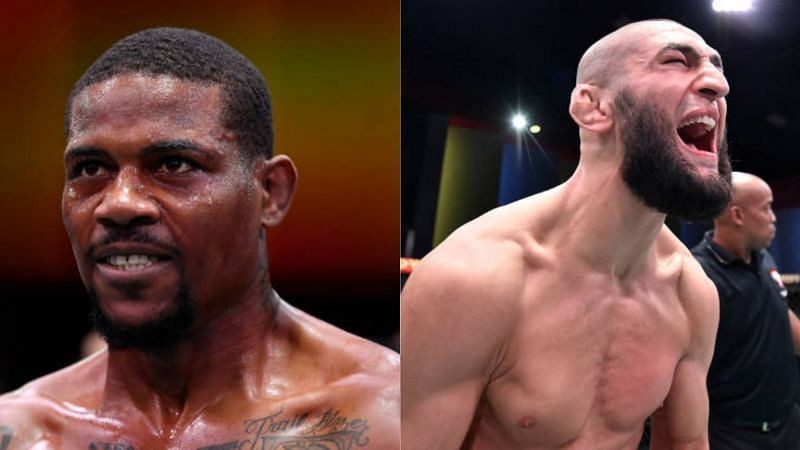 UFC Welterweight contender Khamzat Chimaev is one of the rising stars of the UFC right now. ‘The Borz’ made a smashing start in the UFC against John Phillips at UFC on ESPN 13 and has been on a winning streak ever since. The Swedish fighter has won all of his professional bouts either by a knockout or a submission.

Khamzat Chimaev currently holds an undefeated record of 9-0 in his professional MMA career. After a year long layoff, Chimaev is scheduled to fight Li Jingliang at this weekend’s UFC 267. This will be Chimaev’s first fight against a ranked opponent in the UFC whether that be at Middleweight or Welterweight.

What had happened between Khamzat Chimaev and Kevin Holland?

Recently, ‘The Borz’ in an interview has revealed some details regarding an altercation he had with UFC fighter Kevin Holland back in 2020. Shortly following the conclusion of UFC Vegas 6 in August of 2020, reports were surfaced that Khamzat Chimaev and Kevin Holland had been involved in a backstage scuffle at the UFC Apex Sports Complex.

During a recent interview with ZubaTV, Khamzat Chimaev confirmed that an altercation with Kevin Holland had really took place at UFC Vegas 6. Chimaev quoted saying, “Holland. He commented something under a IG post about me. He wrote something like ‘it’s all good but where’s your mask? You can infect him.’ Something like that.”

Khamzat Chimaev on his conflict with Kevin Holland. ???? pic.twitter.com/aH5v4JL8TJ

Khamzat Chimaev further explained, “I came up to him in the hotel and asked, ‘What did you mean by that?’ He answered, ‘I don’t really remember but what about it?’ Or something like that. I grabbed his neck and pushed him away. Then, when people were holding me, he started blah blah blah. Typical American thing. Just talking without doing anything.”

It seems obvious that there is some beef between these two fighters. However it is highly unlikely, that both of them will cross each other’s paths in the future with Chimaev now moving down to Welterweight to face Li Jingliang at UFC 267. Whilst Kevin Holland is scheduled to fight Kyle Daukaus at UFC Fight Night 197 in November, after their first contest ended in a controversial no-contest.