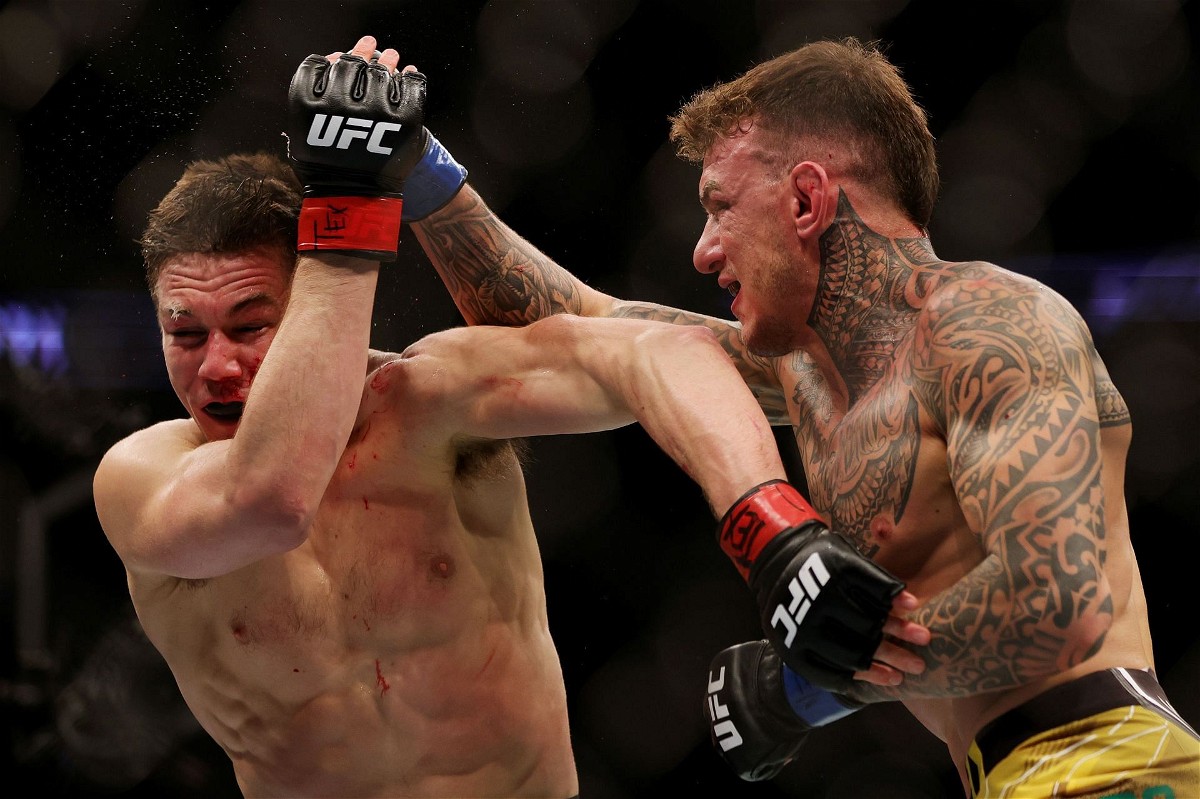 UFC 271 is alive and kicking. 2 fights into the main card and we already have plenty to talk about. An eye-poke exchange in the first fight, before Bobby Green, put on a boxing clinic on Nasrat Haqparast. But it is the second fight, Renato Moicano vs Alexander Hernandez, that sparked another conversation on Twitter. A conversation that has been the focus of many high-profile personalities, including YouTuber turned boxer Jake Paul.

In round 2, a strong right hand from Renato had Hernandez reeling. This led him to desperately attempt a takedown that Moicano easily countered and got to work on Hernandez’s back. Consequently, he recorded his third win on the trot via rear-naked choke.

#UFC271's Renato Moicano (@MoicanoUFC) is now tied for 3rd most rear naked choke submissions in UFC history with his 5th such finish (tied with five others).

Gone are the days when fighters put their lives and bodies on the lines for measly pay. Long criticized for paying UFC athletes peanuts, Dana White has been in the firing line of many. Many from his own UFC roster and from experts and former fighters outside the promotion.

Renato Moicano chose to address and highlight the issue by making some personal demands in his post-fight interview. On being asked by DC what he would like to see the next time he steps into the Octagon, he had this to say.

“You know what I like to see? A big check performance!”

He went on to reason that his fights warranted performance bonuses.

“Because I submitted two guys in less than a minute couple fights ago, and they didn’t give (me) the money.”

He went on to list his other needs, that every fighter requires adequate compensation for.

To sign off, he got the Texas crowd pumped and cheering his cause.

Fans and MMA professionals alike got behind Renato Moicano’s call for a Performance of the Night bonus.

Renato Moicano just won me over because I also have taxes to pay and kids to haise. I get it, man. Get that check.

UFC lightweight, Al Iaquinta, also got in on the act and backed his fellow lightweight.

Pay that man his money

It remains to be seen if UFC and Dana White deem Renato Moicano’s performance bonus-worthy or not, but the fighter’s pay cause just gained a lot more momentum.