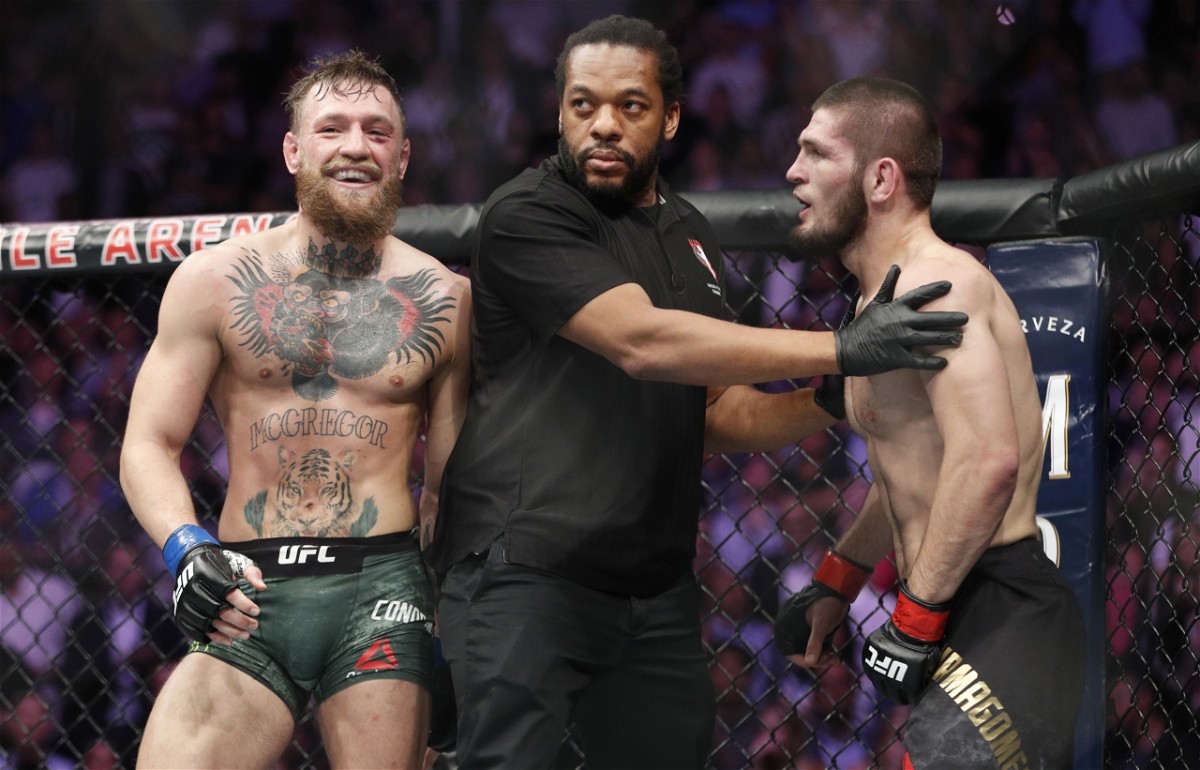 After retiring from UFC, Khabib Nurmagomedov bought a Russian MMA promotion “Gorilla Fighting Championship” and renamed it “Eagle Fighting Championship“. Now, EFC 37 is going to be held at Almaty, Kazakhstan. Before the event, Khabib attended a press conference at Almaty. While answering a question he mentioned that he still misses the experience that he had in UFC.

Sports-express reporter asked Khabib that since he has retired from UFC, does he miss press conferences with Conor Mcgregor, Tony Ferguson. Khabib responded

” You know this word “miss” will be chasing me for the next 20 years, if not longer. Of course, I miss that energy because of the way you feel when you enter the octagon when you are cutting weight when you are doing press conferences. That particular moment when you are walking out to the cage when the referee raises your hand”

Khabib also accepted that the experience of going into the cage and anticipating victory before the fight, are the feelings he would never experience anywhere else if not in the fight business.

Again, answering the question regarding the press conferences he confessed:

“As for the press conference, I don’t miss them. Which Conference should I point out? They were all in different cities, different opponents, different times. I have changed and when I see my old press conferences, I feel uncomfortable… I would point out the London press conference with Dustin Poirier… we both were alone and by ourselves there. There was some special energy, a certain zone that I never felt before, it was all about respect” Certainly, Khabib is someone who respects other fighters and expects that from his opponents.  So, it is not surprising that he chose his press conference with Dustin Poirier over Conor which was aggressive and dramatic. Moreover, the Eagle is a changed man now. He explains that there are certain things he said earlier when he was 27, which he thinks that he should not have, as it doesn’t make any point to him when he watches them now.

ALSO, READ-“I Don’t Even Know What to Prove”- Khabib Nurmagomedov Says He Doesn’t Have a Reason to Make a UFC Comeback

Khabib retired from the UFC immediately after defeating Justin Gaethje in 2020 with a terrific record of 29-0. Even though the Dagestani fighter mentioned that he still misses UFC. He made it clear that he is not coming back from his retirement.