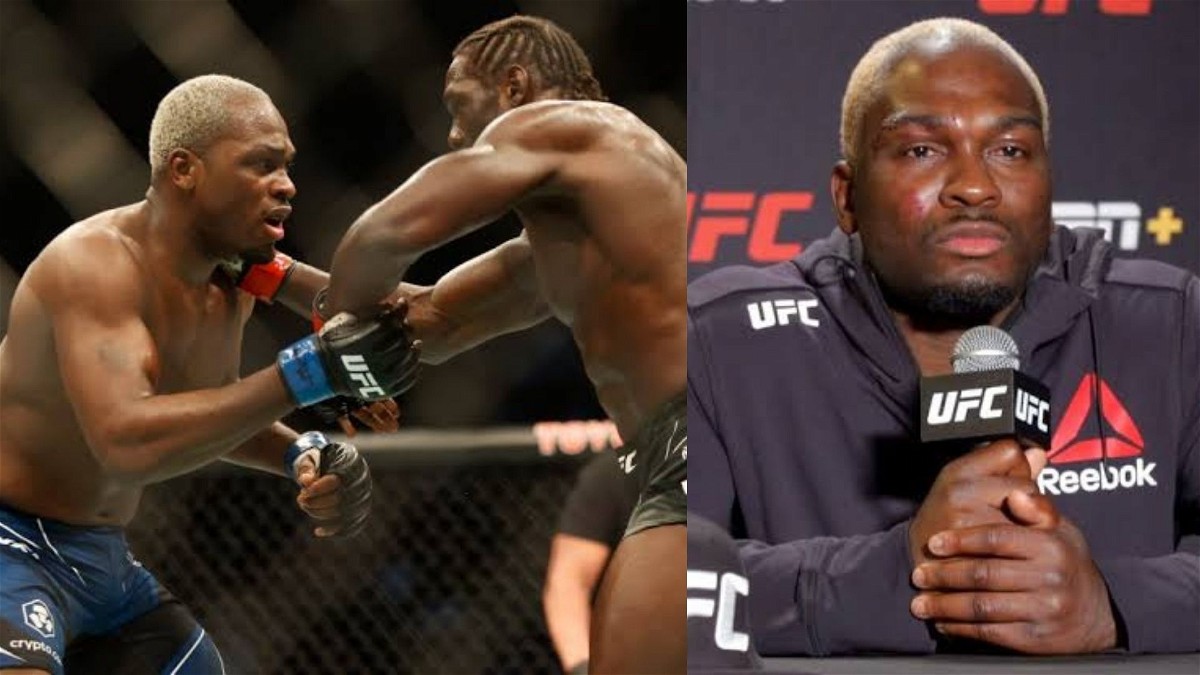 Derek Brunson appreciates his fans for their support after his vicious loss against Jared Cannonier at UFC 271.

Brunson faced Cannonier in the main event UFC 271. Derek started with two takedowns in the first round of the fight. He even attempted a rear-naked choke and was almost on the verge of winning. However, the fight certainly didn’t go as planned for Brunson. Jared came back hard at Brunson in the following round and secured a second-round TKO victory.

While issuing a statement regarding his loss against Jared Brunson previously Tweeted in his official Twitter account:

“Made a title push. Number 3 vs 4 in the world, I came up short. Life lessons. I’m all good, sad but life will give you these moments. I’ll pick myself up for one more fight. Blessings all”

This loss put an end to his 5 fight winning streak. Derek was unbeaten since 2019. Recently, Brunson again spoke out about the loss while going back to his home. He posted a picture of his flight with a note in his recent Instagram story.

The note stated: “Last flight then home. Appreciate you all. 100% all good. I just never expect to lose and it sucks doing so. Chat soon”

This message must have calmed down Derek’s fans on how Brunson is taking the loss. He is certainly disappointed about the loss and why not? He was dominating the fight until that right elbow rocked him in the second round. However, it’s a relief to know that Brunson is moving on from the loss and is “100% good”

What is ahead for Derek Brunson and Jared Cannonier after UFc 271?

Derek is currently 38 years old and this was probably on his last title run. This loss will force him to replan about his future in the promotion and what he expects from himself. Does he want to go for the title? That’s a question he has to answer himself. If Glover Teixeira can do it, he can too. But, is he willing to do it?

On the other hand, Jared Cannonier certainly has a better plan ahead in the promotion. He called out the Middleweight champion Israel Adesanya and asked Dana White to schedule it. While Adesanya is eager to face someone new in the division, Jared might be the opponent he is wishing for.

While all the requisite parties have asserted the potential fight between Cannonier and Adesanya, only time will tell if it will actually transpire.

Can Kamaru Usman Dominate Israel Adesanya With His Wrestling?