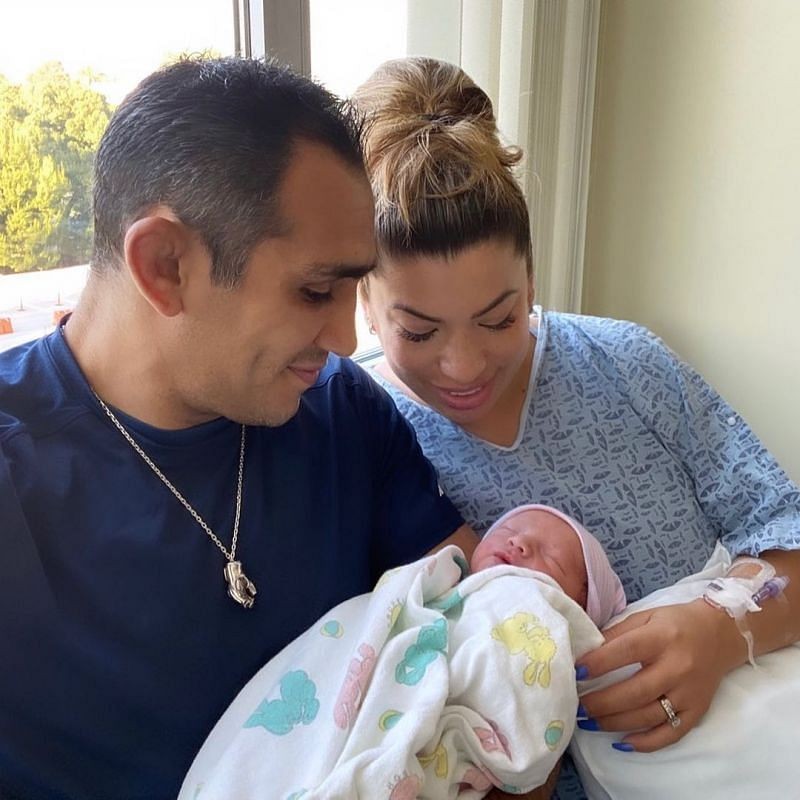 UFC star Tony Ferguson along with his wife Cristina welcomed their new baby. The 37-year-old lightweight fighter posted on Instagram and later revealed the name of their Hispanic heir – Angel Anthony, Ferguson shared his joy at the birth of his second boy, with an emotional message.

“Today My Wife Gave Birth To Another Handsome Hispanic Son One Day It Will Be A Snap Downs & Dreams For Him & His Brother To Run. Angel Anthony, My Son, I Hope You Give Your Best At Whatever You Do & Hope One Day All That Hard Work Makes Those Dreams Come True, I Promise To Be The Best Dad I Can Be & Remember You Can Count On Me – Dad.”

Before his son’s birth, Ferguson frequently addressed social media about his status and health. Ferguson posted a photograph of an ultrasound image, and as usual, he had his own set of captions to go along with it.

Ferguson has often posted videos alongside his elder son Armand Anthony and even spoke about how his son helped him through one tough situation. This happened in the fight against Charles Oliveira. The Brazilian had Ferguson locked in a tight armbar but El Cucuy didn’t tap. Ferguson posted a long message regarding this and highlighted how Armand helped him out.

Read More: “If it happened I’m Being Robbed” – Charles Oliveira Makes a Shocking Confession About His UFC Fight Bonuses

“My arm is alright. The armbar was really tight. The thought of my son Armand Anthony’s ability to be double-jointed in his elbow during that sequence and my mental capacity to endure pain got me through it.” 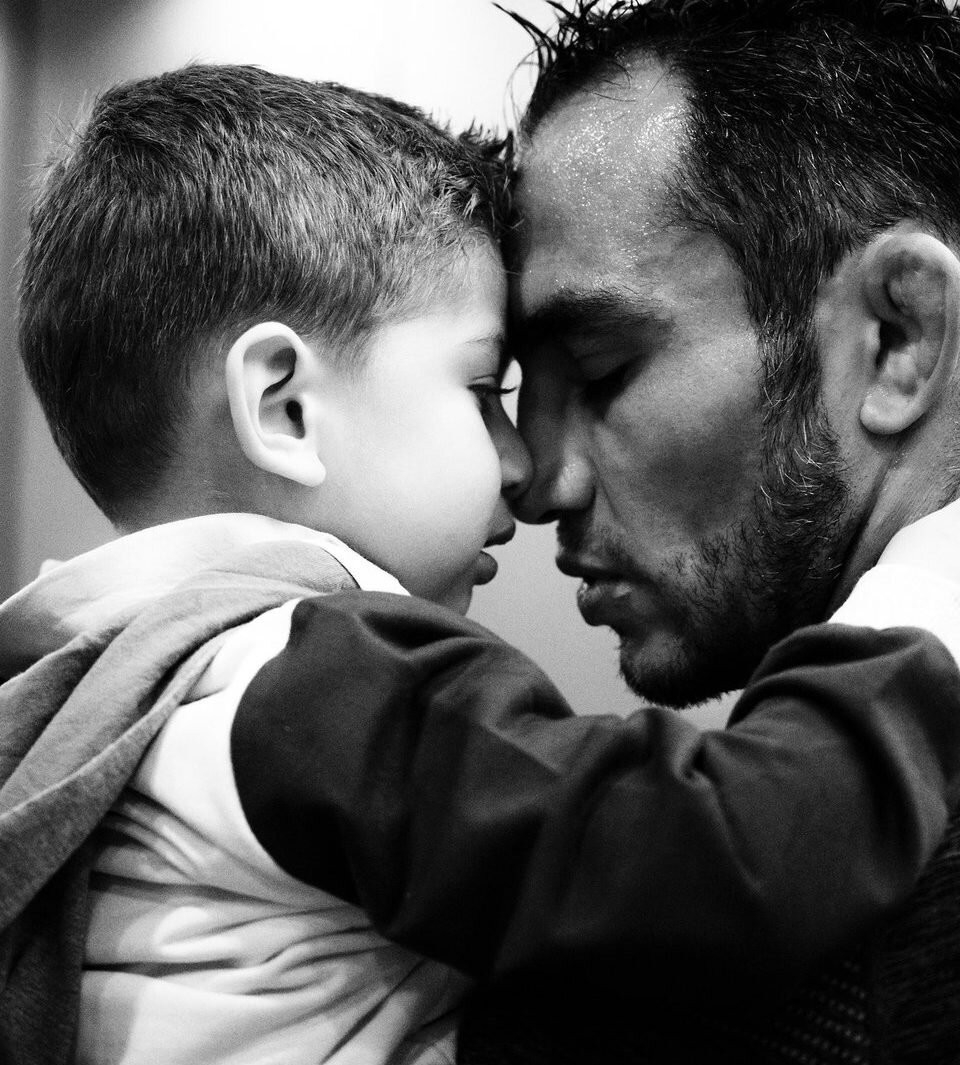 Who is Tony Ferguson’s wife?

Cristina Servin was born on 15th August 1991. While she is in the limelight only because of Ferguson. The 29-year-old was raised in America and to complete her education, she went to Cal State Fullerton, and after that, she went to California State University. The young Cristina also participated in the Mexicano Universal Jalisco, a pageant in Jalisco, Mexico. 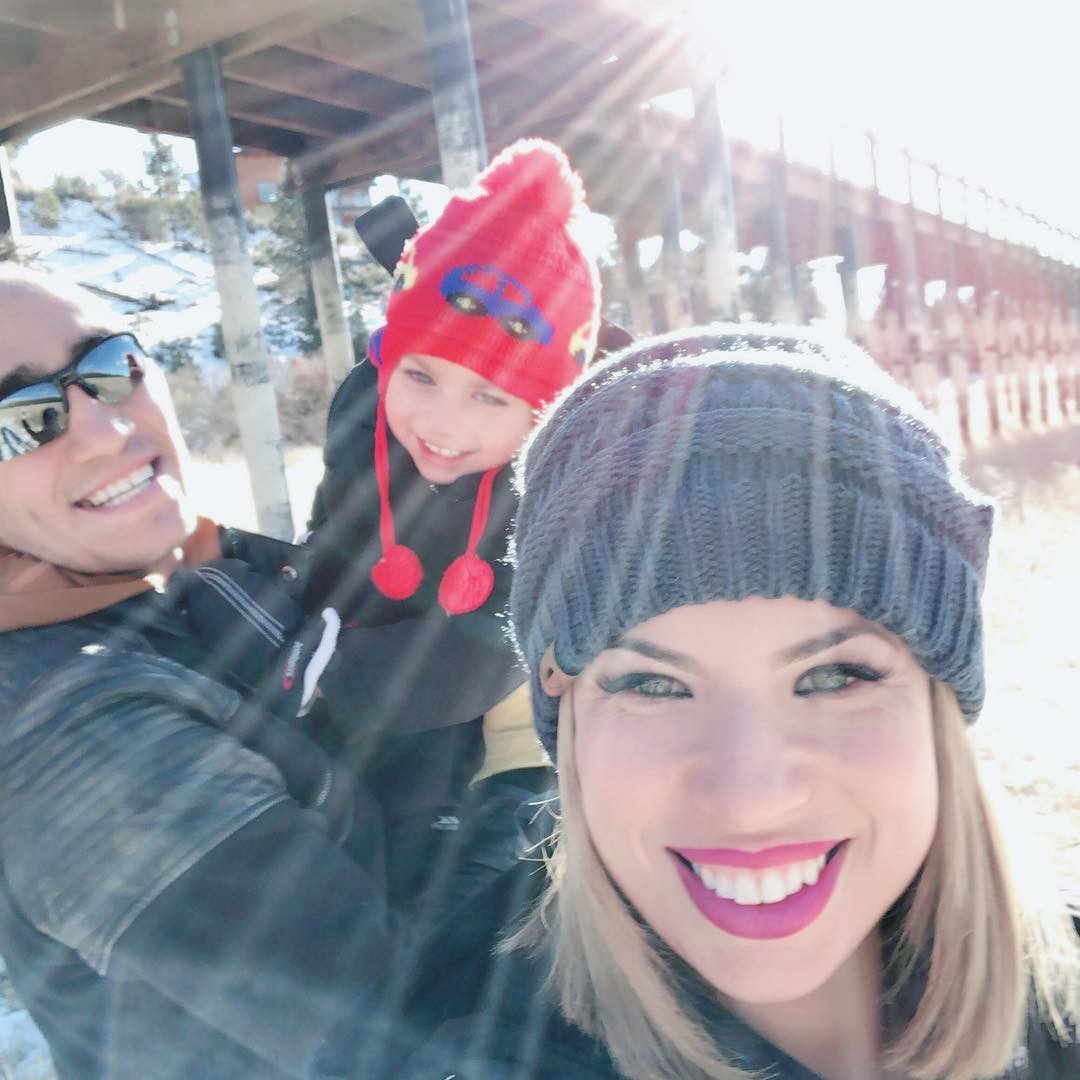 Ferguson has previously stated that Cristina is one of his biggest motivators. In an interview with MMA interviews, he revealed that the letters ‘XT’ on his social media is for his wife. Other details about her family and childhood are still a mystery.

Cristina and Tony were together for a long time, even before they tied the knot. Though the duo has yet to reveal any details about it, their relationship mostly dates back to 2009. The two got engaged in 2011 and took the next step in the following year. Finally, in June 2012, the couple exchanged their vows and started their life as husband and wife.

Their wedding ceremony was done privately and only attended by their loved ones. After four years of being married, Cristina gave birth to their first child, a son on April 28, 2016. Upon his birth, they named him –  Armand Anthony.

Despite being happy, there were many problems faced by the married couple and they found that it is hard to maintain a healthy married life.

On March 13, 2019, Cristina filed a restraining order against her husband Ferguson, attracting a lot of media attention. She did so after Tony’s uncharacteristic behavior. She also stated Tony did not physically abuse her or her son but was solely concerned about her husband.

Read More: “Get out of that world” – Eddie Alvarez Reveals What Conor McGregor Must Do to Beat Dustin Poirier in the Trilogy

“Tony Ferguson is a good husband and a good father to our son. The current legal proceedings are a part of a process to ensure that Tony will receive that help necessary to continue being the best possible husband and father, as well as to pursue his passion and career as a UFC champion fighter”

Tony Ferguson seemed unbeatable and was a great contender to become the next UFC lightweight champion after collecting 12 straight victories from 2012 to 2019. But that changed when ‘El Cucuy’ suffered his first-ever TKO loss against fellow top contender Justin Gaethje at UFC 249. 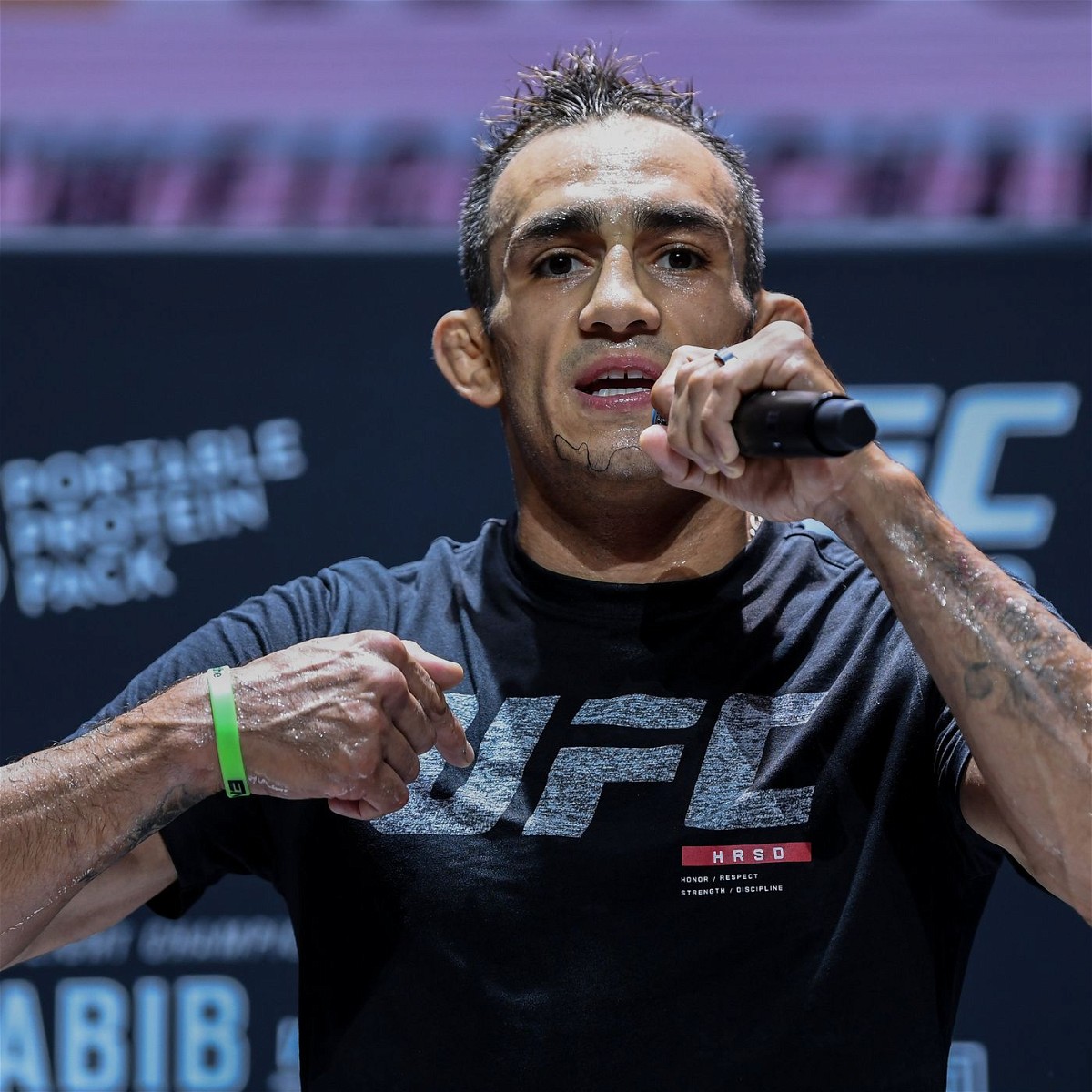 Bad luck appears to have clouded Tony Ferguson’s shoulders after being dominated by Beneil Dariush in his most recent outing last month at UFC 262. Despite his recent losses, Ferguson is adamant that he’s not ready to retire from the sport. A few days after his loss to Dariush, the former UFC interim lightweight champ jumped on to social media to reassure his supporters that he’s not going anywhere.