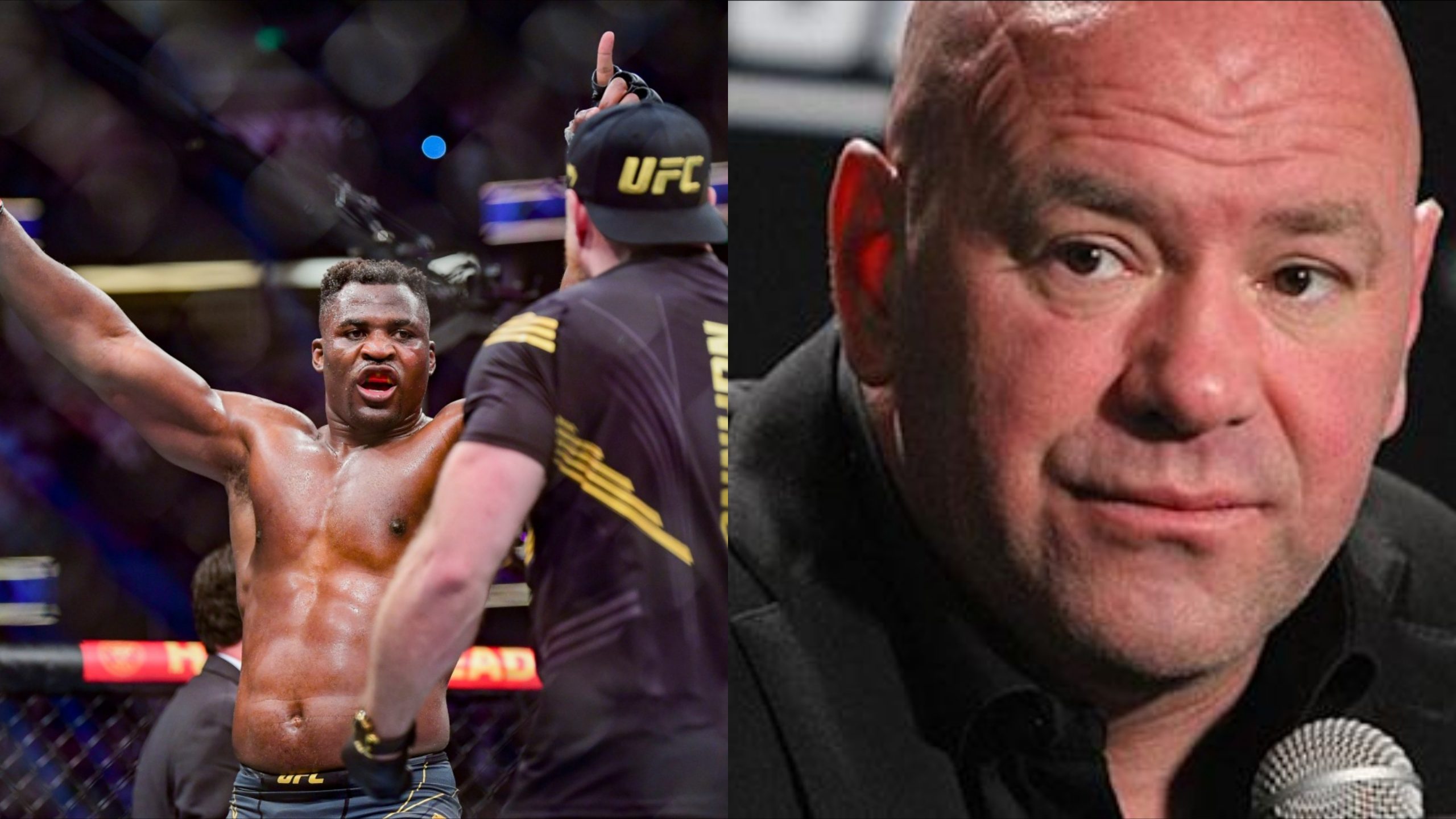 Ever since UFC 270 took place on January 22, fans have been speculating about the absence of Dana White from the main event. Usually White is the person to wrap the belt around the winner of every championship fight. Hence, his absence led the pundits to speculate whether Dana White intentionally snubbed Francis Ngannou or not.

The UFC president finally decided to shed light on the matter. In an interview with Laura Sanko, Dana White spoke about the issue. He said, “Let’s jump on this, if nobody asked it, I know they are dying to ask it, is that (why) I wasn’t out there for the main event? I actually walked out of the arena right after the co-main event because there was stuff going on backstage that I was dealing with.”

“For anybody that thinks I was showing any type of disrespect towards Francis, I saw Francis all week you idiots. I shook his hand, I said hi to him, I was out there for the stare-downs, the whole thing. For anybody who thinks there’s some type of disrespect shown to Francis, I wasn’t out there for Michael Bisping-Rockhold fight either. Because I was dealing with some stuff,”

He further went on to add, “I sprinted from the back, I didn’t even have my jacket on, I only had my shirt on to go out there and put the belt on Bisping. But I couldn’t make it out there to put the belt on Francis. There’s been only one time that I’ve walked out of a fight and made it very clear. (I) showed up to the press conference and said, ‘this is exactly why I left.’ It was in Abu Dhabi. With Anderson Silva (fighting Damien Maia at UFC 112.)”

Francis had probably the best performance of his life at UFC 270. Although there weren’t any spectacular knockouts in the fight, Ngannou displayed an incredible amount of determination to last all 5 rounds and out-grapple Ciryl Gane to win via unanimous decision. Ngannou was also dealing with a very serious knee injury during the fight.

In the interview, Dana White commented on that as well, he said, “During the fight, I was (surprised with the amount of grappling.) After the fight, it was genius. It was genius for him to work on his wrestling. I don’t know it for a fact, but I would guarantee you that Ciryl Gane did almost no wrestling preparing for that fight. So, to come in and implement the game-plan he had, it was brilliant.”

There have not been any words on UFC working with the current heavyweight champion to offer him a new contract. Ngannou recently expressed his unhappiness with the UFC contracts as he felt the contract kept the fighters in ‘captivity’. With a big money fight against Tyson Fury looming around the corner, it will be interesting to see what unfolds in future.