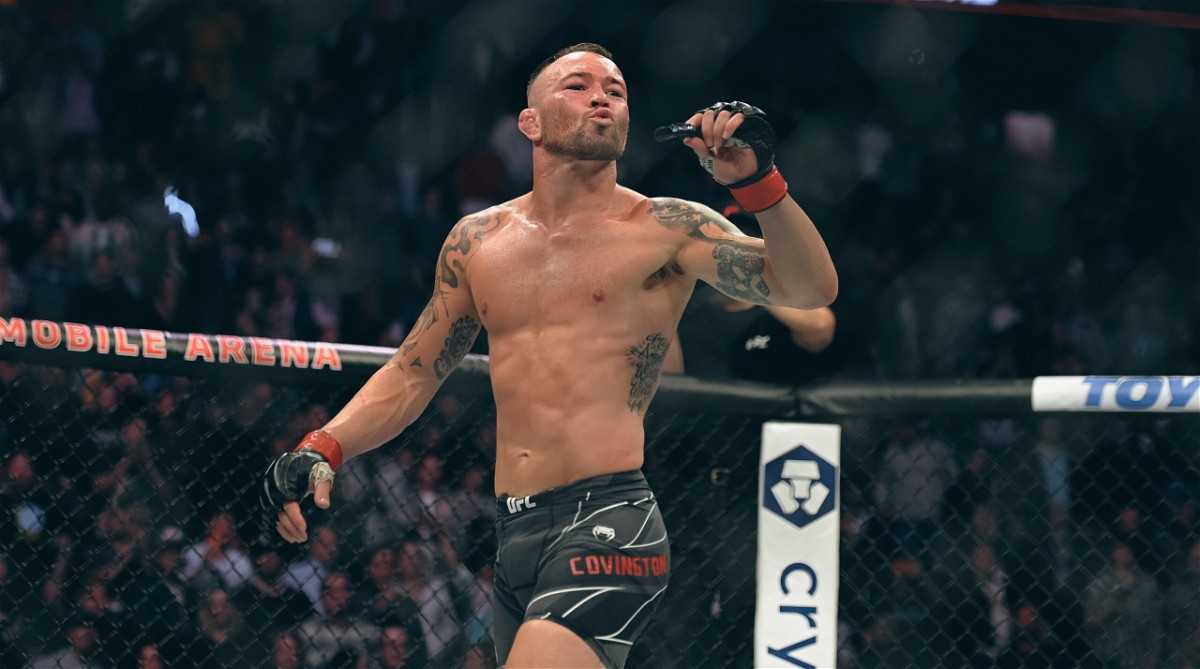 UFC 272 was a massive success financially for the company. Mainly thanks to the main event between Colby Covington and Jorge Masvidal. Both are superstars in their own right and the blood feud between them helped to sell the PPV well.

However, before the fight, Jorge Masvidal broke the news that Colby Covington was not going to receive any PPV points despite being in the headlining fight of UFC 272. Masvidal on the other hand not only received PPV points, but he also signed a massive contract with the UFC.

In the press conference after yesterday’s event, Colby Covington revealed that he wants to earn more money than his opponent last night.

Colby Covington: “I need to be making more money than Jorge”

UFC 272 had a massive gate of $6.7 million. Dana White revealed afterwards that the PPV buy-rate exceed the expectations. The fight between the ex-teammates was given the honour of the ‘Fight of the Night.’ During the presser, Colby Covington was asked about getting PPV points for his next fight. In response, the ‘Chaos’ added,

“You know, I love it. I think I deserve it. Jorge just signed this contract right before the fight cause he knew he was gonna get his a** whopped. And he wasn’t gonna have any leverage or power to negotiate after I whopped his a** on Monday morning.”

“So, you know I wanna be paid more than Jorge Masvidal. He likes to rub that in his face that, ‘You know, I made more money and this and that.’ I mean first of, no. He doesn’t. Because he pays half of it to Maritza, his ex-wife. So he doesn’t make more money than me.”

“But secondly, I need to be making more money than Jorge. The guy is just a flash in the pan. A two-pump chump like his ex-wife Maritza said. He’s 37-year old, man. I just turned 34 two weeks before this fight. I’m in my prime, I’m getting better every single day and you haven’t seen the best of me.”

After a shining performance, @ColbyCovMMA wants the Diamond next ???????? #UFC272 pic.twitter.com/UeNfRTbWou

Following his thumping victory over Jorge Masvidal, Colby Covington called out Dustin Poirier as his next opponent. In the presser, Dana White asked about the possibility of that fight taking place. Although he did not seem overly optimistic, the UFC president did not rule it out either.