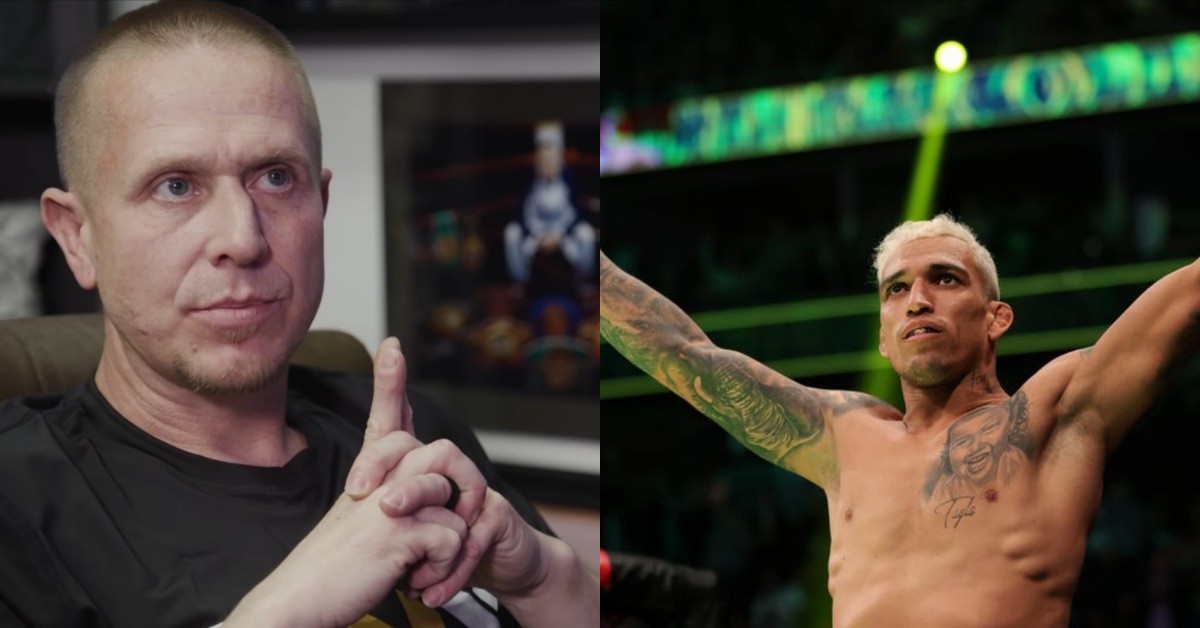 UFC Lightweight Champion, Charles Oliveira is all set to return to the Octagon at UFC 274. His opponent this weekend will be Justin Gaethje, the no. 1 ranked fighter in the division. Ahead of the fight, Gaethje’s coach Trevor Wittman made an observation about a change in the champ’s mentality.

Known for being one of the sharpest minds in the sport of MMA, Trevor Wittman is perhaps the best trainer around. He is currently the head trainer of the no. 1 pound for pound fighter, Kamaru Usman. Wittman was also the mastermind behind Rose Namajunas’ successful quest to regain her title.

Hence, his words carry a lot of weight; according to the ace coach, Charles Oliveira has turned a corner in his career. During the UFC 274 countdown video, he said,

“I don’t really focus on the detailed parts of studying fights. I look at the patterns. Usually, fighters have that unbreakable mindset until they get broken, they fall apart. Charles, I used to think he was breakable. But he has gotten better mentally. The weak one that’s in there, doesn’t really come out that much anymore.”

How did Charles Oliveira turn his UFC career around?

Charles Oliveira joined the UFC as a young prospect in 2010. In his very first fight, Charles proved that he was going to be a problem for the rest of the division. He submitted Darren Elkins in the very first minute of the fight.

Oliveira followed it up with another dominant performance over Efrain Escudero. But, unfortunately, he missed weight during the fight. It was a problem which haunted him for a significant part of his career afterwards.

After losing to Cowboy Cerrone in his 4th fight, Do Bronx decided to move down in weight (145lbs) for a better shot at success. But in hindsight, it was a bad move as he only managed to win 7 out of his 12 fights at Featherweight. He missed weight many times during that period and ultimately returned to lightweight once more.

Upon his return to 155lbs, Oliveira submitted Will Brooks at UFC 210. Although he lost to Paul Felder right after that, it sparked a change in the Brazilian. He never missed weight again in his career and accumulated 9 performance of the night bonuses since 2017.

In that period, he went on a 10 fight win streak that included a Lightweight Championship win over Michael Chandler at UFC 262. From a journeyman, he became the king of the most star-studded division of the UFC.

So what is the reason behind such a drastic shift in career trajectory? First of all, the return to lightweight is a major part of his late success. He did not have to compromise his health to make weight anymore. Charles also seems to have found a way to survive the bad situations in the early rounds.

The majority of his losses in the UFC have either come in the 1st or the 2nd round. But lately, Oliveira has survived the early onslaught from his opponents successfully. Both Chandler and Dustin Poirier dropped him early in their last two fights. But not only did Oliveira pull through, but he also came back to finish both! That is what Wittman was hinting toward when he said that Charles Oliveira does not quit anymore.

The champ will defend his title for the second time against Justin Gaethje at this weekend’s PPV. Will Trevor Wittman find any holes in Oliveira’s game? Or the 32-year-old will once again reign supreme? Let us know in the comments down below.