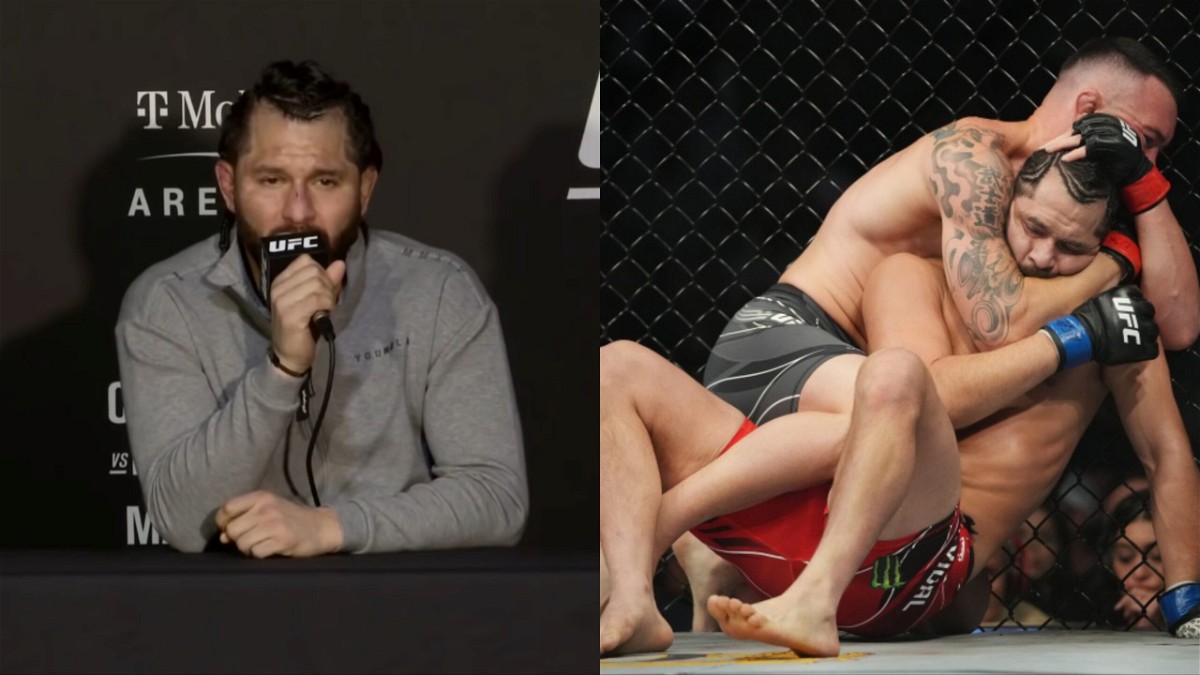 Is Jorge Masvidal on the cusp of retirement? In the main event of UFC 272, he took on Colby Covington and got utterly dominated. Although he did have flashes of brilliance in the fight, it wasn’t enough for him to mount any kind of meaningful offence throughout the duration of 25-minutes.

Jorge Masvidal is not particularly a spring chicken at this point. He will turn 38 in November of this year. Yesterday’s fight also marked the 3rd consecutive defeat for the Street Jesus.

Covington is a wizard on the mat ????‍♂️

Although the BMF champion seemed to be in a good shape ahead of the fight, he looked far from at his peak. Masvidal could not really get into any sort of flow to be able to put together a flurry of offensive strikes.

In the press conference after the event, Jorge Masvidal addressed the questions regarding his retirement. He previously stated that retirement is not something that he will entertain before he captures the championship gold. Is the ambition still the same after recent fights? Here’s what he says,

“I’m 37-years old. So I wanna give it all I got. And I based it off if I go to the gym, two-three weeks from now and the young guys are beating my a**. And I’ve always said that will be the time for me to hang it up.

If I’m losing in the gym, I don’t need to get in the cage to find that out. The goal is always to be the champion. As long as I’m doing good in the gym, I’ll keep competing. We didn’t do that well today, American Top Team.

“But we constantly have guys that ate competing at the highest of levels. So the day I can’t compete with those guys, I know it’s time for me to hang it up. I still do well in the gym. And it’s gonna be the same thing.”

The contest took place a mere 24 hours ago. Hence, it will be foolish to speculate how the Gamebred may fight next. However, Rafael Dos has called for a BMF championship fight after UFC 272. Is a defence of the BMF championship in the cards for Masvidal?