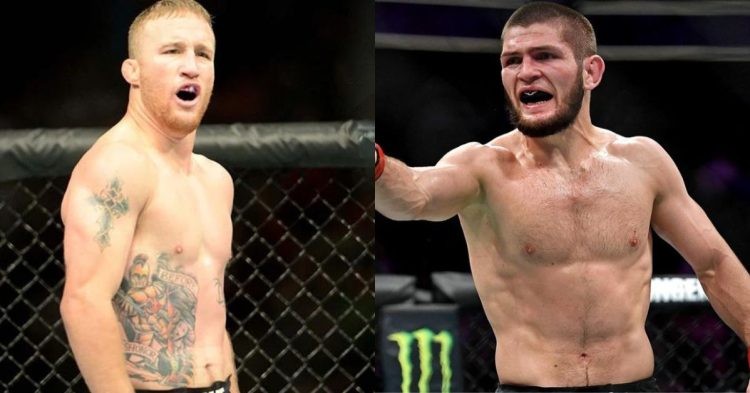 Justin Gaethje brings blood to the octagon whenever he steps in. From his spectacular debut against Michael Johnson to his absolute wars with Eddie Alvarez and Dustin Poirier, Justin Gaethje has never failed to impress inside the octagon. After losing back to back matches, Gaethje made great adjustments in his game to pick up three back to back first-round stoppage victories. Gaethje carried the same peak in his short-notice fight against Tony Ferguson at UFC 249, where he absolutely decimated Ferguson to pick up the interim strap back in April of this year.

Also Read I Justin Gaethje: Wrestling in MMA is Different

How will Justin Gaethje (@Justin_Gaethje) feel in the locker room before he walks out to fight the No. 1 pound for pound fighter in the world on Oct. 24? What an answer … pic.twitter.com/I7HqEgtQf0

In a recent interaction with Brett Okamoto of the ESPN, Justin Gaethje opened up about his gameplan to beat Khabib Nurmagomedov and what it would feel like to walk out to the octagon come UFC 254. Gaethje also talked about transitioning to wrestling ahead of his epic clash and revealed the challenges he is facing in his preparation against the Dagestani fighter.4

Also Read I Khabib Nurmagomedov Open for Super-Fights After Retirement

“I have really really good belief that he’s gonna have a really hard time putting me on the fence. I know I am gonna see his blood. I want him to see his blood and see his reaction.” Gaethje continued, “I don’t think he is as crazy as me. I think he is crazy, he likes competition. His style of fighting is not something where you are looking for blood. I guess that’s never been a factor for him.”

“I know I’m gonna see [Khabib’s] blood.”@Justin_Gaethje wants to see how Nurmagomedov reacts when things get bloody 😳 (via @bokamotoESPN) pic.twitter.com/6m5QqNlyjH

Justin Gaethje feels it will be tough for Khabib Nurmagomedov to push him to the cage and get the takedown. Earlier, Gaethje stated that he believes his ability to keep distance and strike is almost second to none. Gaethje is a former All American Division I wrestler has been seen for a long time as the toughest opponent for the undefeated king of the Lightweight division Khabib Nurmagomedov. 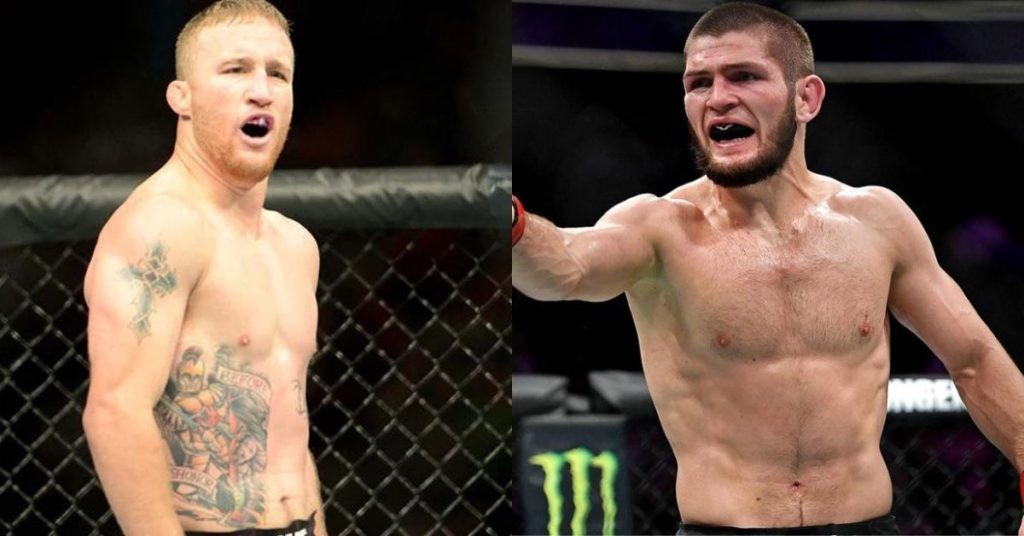 Speaking about his coach, Trevor Whittman, Gaethje revealed that he is currently the person he listens to. Gaethje added, that he will continue to do what he has been doing since he was four years old, and will shock the world come UFC 254.

“My madness is not was it is now. I never knew Trevor was gonna be so effective. When it’s all done, every time we fight. I go home and I watch and think about what we worked on, how it transpired in the fight and came to fruition. But I never thought about it before.” Gaethje said.