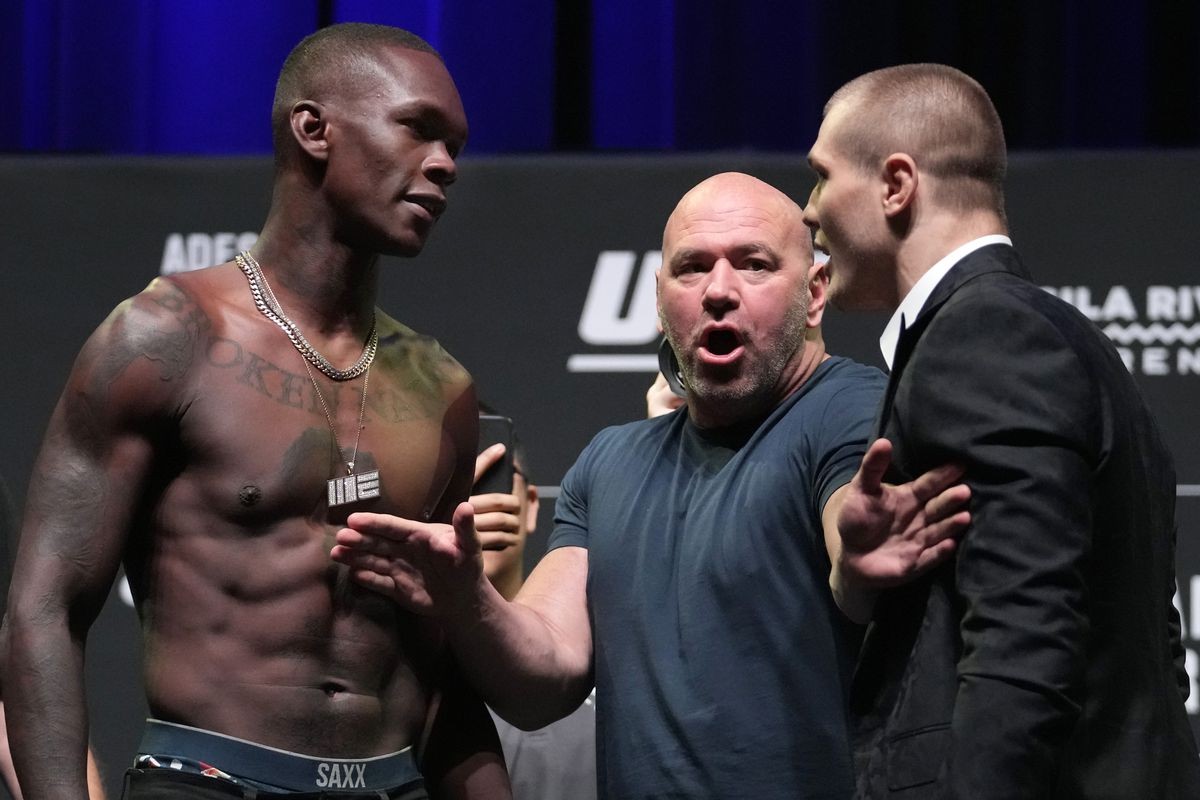 UFC 263 features a rematch between UFC middleweights Israel Adesanya and Marvin Vettori. The stakes are bigger in the rematch as the UFC middleweight title will be on the line.

During the press conference, these two middleweights elites traded verbal jab in front of the world and it did not stop after the media day. During the UFC 263 weigh-in show, Marvin Vettori sends a scary warning to Israel Adesanya, which reminded the fans of Mike Tyson’s infamous promo against Lennox Lewis. Vettori talked about his rivalry with Adesanya and stated:

“I am a businessman, this is my life. I don’t play with this s**t. I wanna eat him with my eyes when I see him. I want to look through his soul and eat him, like tame this motherf****r, I want to eat him alive.”

Vettori explained why he does not like Adesanya despite him being a dominant champion and stated: “He’s fake. he doesn’t drive me crazy, he’s just fake. There is just too fakeness in the world nowadays. I stand for the opposite values. He believed in his own fake story. he is all character. Everything about him is fake. I can’t stand him.”

Well, Israel Adesanya is not alien to fighting scary opponents and he gave a hilarious response to Vettori’s rather frightening warning. Adesanya stated:

“What the f**k does that even mean? Where did he get that from Mordor?”

The time for trash talk is over now as we are hours away from an exciting title fight at UFC 263. Though Adesanya is a favorite going into the fight, he is coming off a huge loss to Jan Blachowicz. On the other hand, Marvin Vettori is on an impressive win streak and high on confidence. Though the chances of Vettori beating Adesanya are not huge the fans will certainly see Adesanya face some adversity to overcome the Italian Dream at UFC 263.