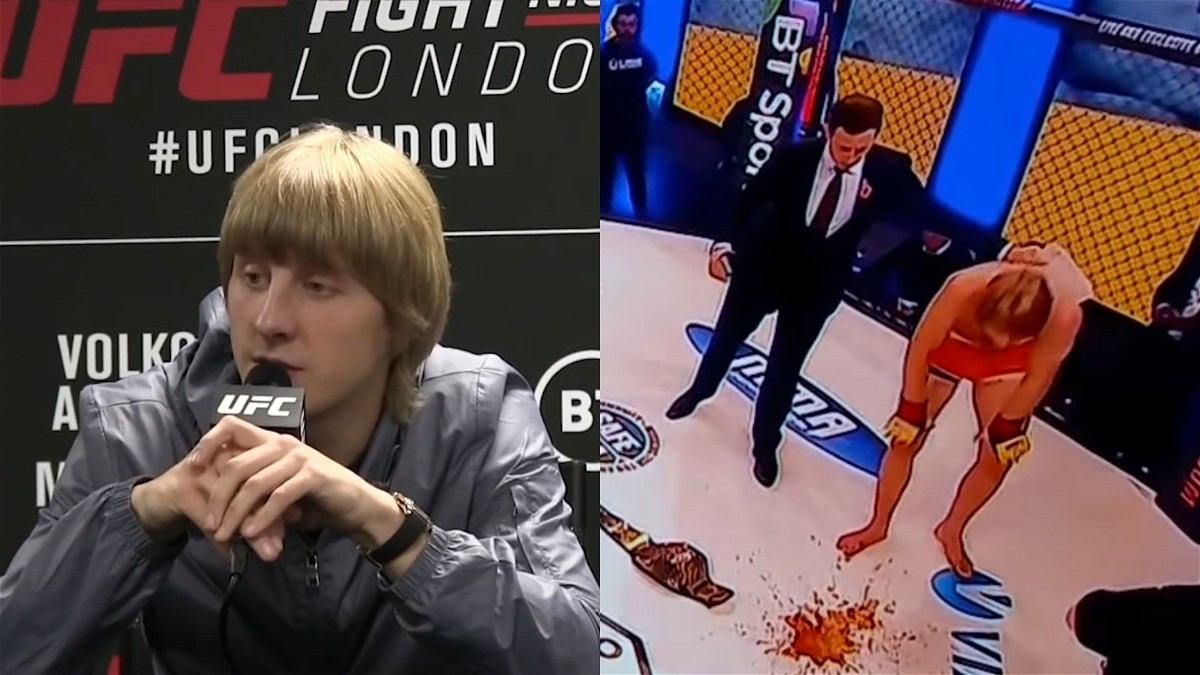 Lightweight prospect Paddy Pimblett will step inside the octagon this weekend to take on Kazula Vargas in a three-round bout at UFC Fight Night: Volkov vs Aspinall. It is needless to say that fans present in the O2 Arena in London and fight enthusiasts around the world will be excited to watch this fight as the British lightweight is one of the most exciting fighters on the card.

As we inch closer to this event, Paddy Pimblett sat down for a UFC pre-fight media interview. The Scouser discussed his recent altercation with Ilia Topuria and also spoke about his upcoming fight. During this conversation, one of the interviewers asked him how he managed to cut down to 145 pounds during his stint at Cage Warriors.

“I used to kill myself, absolutely kill myself to make 145. Like everyone here has seen the clip when I’m sick in the cage you know what I mean. A night before I’d cut 19 pounds in the bath and a sauna and stuff. That night of that morning when I had to go out the extra two hours to go and make weight.”

“I couldn’t go in and out of the sauna. I got physically pulled into the sauna and pulled out of the sauna. I’ll never forget Adam saying if he dies it’s not on me. And I had to cut like 7.7 kilo overnight which is about 16-17 pounds and I got a dexa scan that day and I went and got another DEXA scan the next day.”

“It came to cross-referenced and completed. Then he said if a doctor would have looked at that DEXA scan he wouldn’t have let me fight the next day. I was 0.2 kilo away from acute kidney failure and one kilo of water weight away from dying. And I had the testosterone body of a two-year-old boy and I still went and done five rounds the next night. I never got finished.”

Paddy Pimblett also added during the media interview that he is confident that no opponent in the UFC will be able to finish him as he is competing in a weight class where he can comfortably cut down to the 155 pound weight limit.

“I just know that I’ll never get finished. Because now I’m fighting much healthier. This week I woke up at 76 kilos dead. I was 165 this morning. I don’t have to struggle to make weight anymore, I don’t have to kill myself.”

Many fighters have faced complications in the past due to cutting a significant amount of weight at the last moment. Now that Paddy is consistently competing at lightweight and is comfortable it would be interesting to see if the Scouser manages to walk the talk and grab more eyeballs with his performance this weekend.