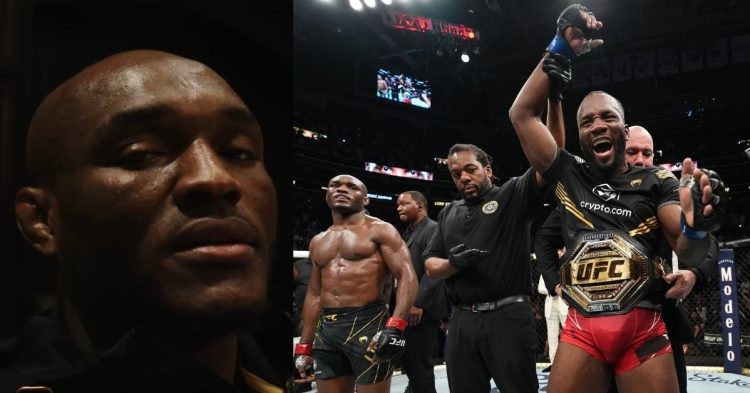 The champions are not necessarily defined by whether they are undefeated or not. What sets them apart is their mentality and Kamaru Usman is known for his tough mentality. Although he lost to Leon Edwards at UFC 278, it does look like Usman is letting it get to his head.

Will Harris, from Anatomy of a Fighter, recently shared a fascinating on The Joe Rogan Experience regarding Kamaru Usman. Harris was present backstage when Leon head-kicked Kamaru to win the UFC 170lbs title. He revealed that people backstage could not believe it when they saw Usman getting knocked out.

Although the mood was dour backstage, Kamaru’s attitude changed the environment. Harris revealed what Usman said once they went back to their place.

His comments exactly show why Kamaru Usman is such a likeable character. In a sport where fighters do not like to take accountability, Usman’s refreshing attitude towards losing is how a true champion truly carries himself.

As to his point, The Nigerian Nightmare was certainly dominating the fight until the knockout took place. So Usman’s claims of beating Leon in the rematch do not seem far-fetched.

The fans have seen champions who shy away or hide from the media after a high-profile loss. But Kamaru Usman is not one of them. He spoke to the media almost immediately after the event. However, what he said, did surprise a few fans. According to him, winning and losing is a part of sport. So there’s no point in dwelling over the defeat.

“It happened like that’s the beautiful thing about this sport is, that happens and we forget what was actually taking place in that fight. So, I’m not down at all. It’s almost like everyone is more sad about it than I am.” (h/t via TMZ Sports)

Although the loss came meant that Usman will not be the champion anymore, It has certainly liberated him from all the strings and obligations that come with it. However, it does not mean that the hunger to be a champion is not there anymore. He is very much looking forward to the rematch which is set to take place sometime early next year.

Following the fight, UFC President Dana White shared a piece of exciting news and stated that they were looking to book the rematch in the UK. If the last few UFC London cards are any indication, then this particular event will do spectacular business in the region. The UK finally has their second UFC champ in Leon Edwards. So the support for Rocky in his home country would sight to behold!