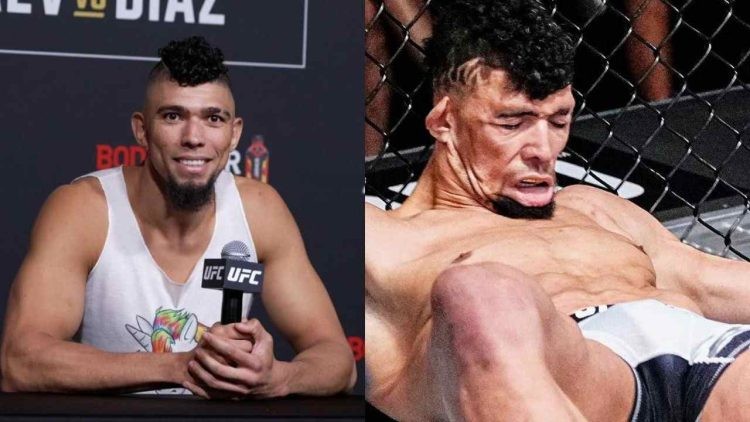 UFC Light Heavyweight Johnny Walker recently opened up about his struggles with CBD and THC usage. Whilst many fighter use CBD as means of pain therapy and recovery, it had some unseen effects on Walker. Ahead of his UFC 279 bout with Ion Cutelaba, Walker reveals how CBD affected his life.

Speaking at the UFC Media Day, Walker gave an insight into the nightmarish life that he was leading for a long time. From getting late for training, to messed up sleep schedule, and trust issues, the Brazilian had it all. As it turns out, Johnny has an allergy to THC, which is present in small quantities in CBD.

In an interview, Johnny says, “It’s nothing against the CBD, it’s just myself, my brain, don’t react good.” He further adds, “Other people’s maybe, but my brain – maybe I have ADHD. Then when I have the CBD, the CBD should calm me down. But the little percent is good. Every CBD have a little bit of THC. The THC f*cked me up. I get paranoid, I don’t trust nobody. I get late for training, I don’t follow schedule. It f*cked my life. I didn’t know that. I was drugging myself for the last three years and I didn’t notice. Now I know and I stopped taking.”

Walker revealed all to the reporters at UFC 279 media day about the adverse effects of THC. “It gives me schizophrenia, panic attack. I was getting drugged every single day for the last three years and didn’t know. It’s not strong, it’s a small percentage, but my brain is super sensitive for those substances and I didn’t know.”

Interestingly, Walker also adds in an incident involving his fiancee whilst on a trip to Thailand. He admits, “My fiancée had to take care of me like a baby. I wouldn’t let her get away from me, I trusted nobody.” As such, Walker is glad that he has found new and healthier ways to move forward.

Will Johnny Walker Improve His Form?

Coming into the fight against Cutelaba, Walker is in a difficult spot. After flying into the Light Heavyweight rankings in impeccable fashion, Johnny has hit a massive slump. Currently, Walker is on a two-fight skid, having won only 1 of his last five fights.

With his troubles with THC a thing of the past, Walker is looking to deliver on the promising start he made to his UFC career. According to Johnny, he has never felt more focused, more present than he is right now. Walker is also keen on finishing the fight and not leaving anything up to the judges.

With his career in desperate need of a resurgence and no guarantee of a future in the UFC, Walker needs to win at any cost. Having seen some of his best work, we sincerely hope Johnny Walker is back to his best as soon as possible.