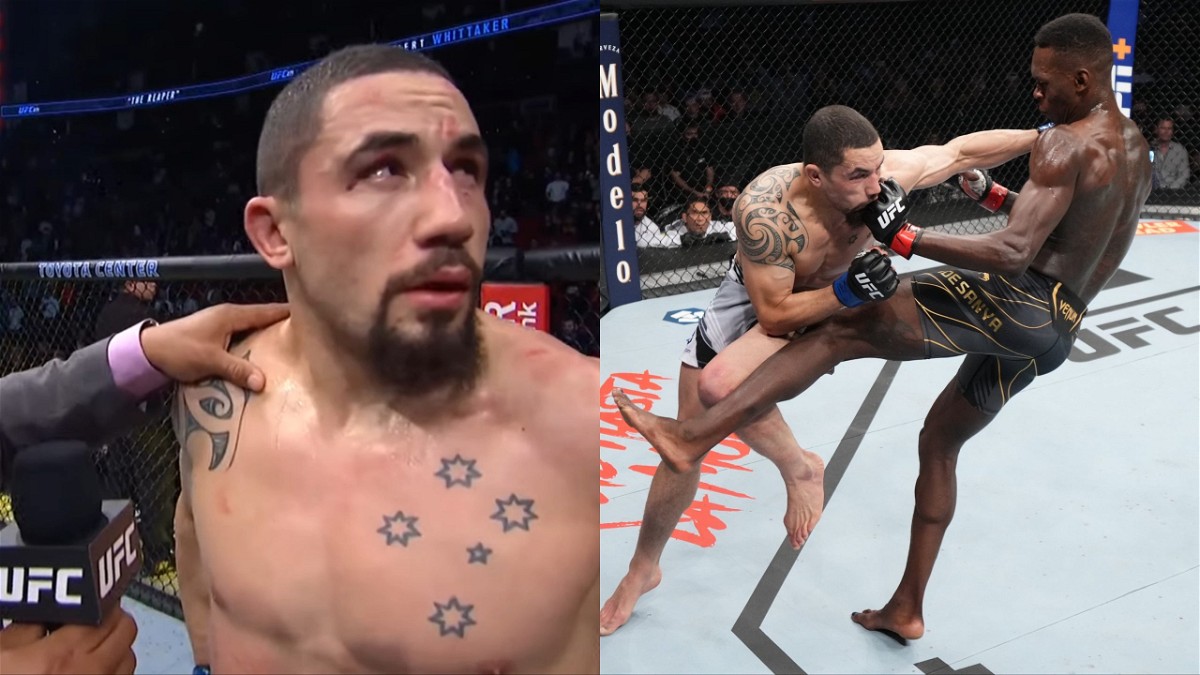 UFC 271 is officially in the books. Israel Adesanya has managed to retain his middleweight championship against a very defiant Robert Whittaker. Adesanya won the bout via unanimous decision as the two judges scored it 48-47. While one had it at 49-46 for the champ.

However, the challenger did not agree with the decision. Robert Whittaker stated in the post fight interview with Daniel Cormier that he won the fight. He expressed his disappointment with the decision as Whittaker thought he gave it his all. The 31-year old also said,

“Yeah, I did (enough to win the fight). I did. I know I started off rocky. But I feel like I took every round after that. It is what it is. But as they say, don’t leave it to the judges. I mixed it in well, I fought my heart out. I’m happy that I fought my heart out and left it (all) here, I’m gutted, I thought I did enough. I thought I took that.”

Robert Whittaker showed impressive resilience in the main event of the evening. Adesanya dropped him with a straight jab that went through Rob’s guard. Izzy also landed a lot of heavy kicks to the knees of the Aussie. As a result, Whittaker looked as if he was ready to give up after the first round. The commentary team of Jon Anik, Michael Bisping and Daniel Cormier pointed it out as well.

However, ‘The Reaper’ came back in the second round and took down the champion. Although it did not amount to much in the end, Whittaker displayed an incredible amount of determination following a bad first round. He scored 4 takedowns, which is the highest by any fighter against Adesanya.

Although he did not agree with the judges’ verdict, Bobby Knuckles gave credit to his opponent. He said,

“It is what it is. I’m not gonna take anything away from him (Israel Adesanya). He’s the champ. He beat me for the second time now, that’s that. We’re the two bests in the world. I know this, he knows this, we know this.”

Will a trilogy fight between the two ever take place? Although the second fight between the two at UFC 271 was not the most entertaining one, it certainly proved that Whittaker is a top player in this division. If he manages to go on a run once again, it will not be surprising to see them stand across from one another once again.