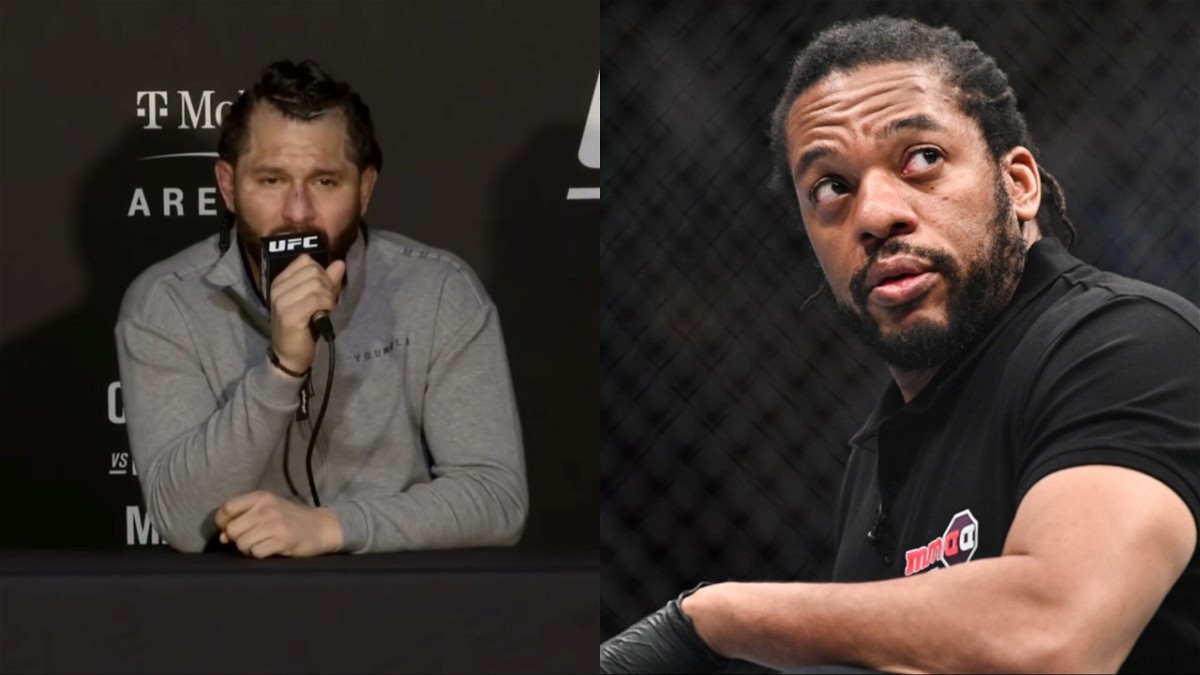 Jorge Masvidal lost his fight against Colby Covington in the main event of UFC 272. The grudge match was two years in the making and both fighters were in rare form during the fight week. Things got very heated up during the official press conference.

Hence a loss at this stage seems very damaging to Jorge Masvidal’s career. He was thoroughly dominated by Covington in the wrestling department. Although Masvidal has owned up to his loss, he does have an issue with the referee Herb Dean.

In the first round of the fight, there was an eye poke from Colby Covington. According to Jorge Masvidal, it threw him off his game and allowed Colby to gain an unfair advantage while securing a takedown. It almost ended the fight as Covington came close to finishing Masvidal with a rear-naked choke.

Before the start of the second round, Dean pulled Colby over and warned him about the eye poke. However, he did not take a point away. Although it would have not mattered in the end, Masvidal was unhappy with the call. Covington also landed an illegal knee to the groin. Herb did not penalize the former UFC interim welterweight champ for that either.

Jorge Masvidal: ‘Herb Dean is not my cup of tea’

In the post-fight press conference, Jorge Masvidal was asked about the calls from Herb Dean during the fight. Although he did not tear the referee apart, Masvidal expressed his disappointment. He said,

“No, I wasn’t surprised at all. I was just surprised that after the eye poke in the first round, they didn’t break it up and address it. Like that position would not have happened had he not poked me in the eye.”

“So it’s whatever. It’s Herb Dean stuff. You know, everybody here could (tell.) If you have seen fighting, you’ve seen Herb Dean have numerous hiccups. I’m not gonna blame the fight on him. But he’s not my cup of tea when it comes to refereeing.“

Jorge Masvidal has now lost 3 fights in a row. Although he did manage to drop Colby Covington in the 4th round, Masvidal seemed very flat-footed in the Octagon. Hence, the question is, what’s next for the Street Jesus?

He has ruled out retirement during the interview. The 37-year old added that he wants to fight both Kamaru Usman and Colby Covington being he it hangs up. RDA called him out after his fight with Renato Moicano. Will he be facing Dos Anjos next? Only time will tell.