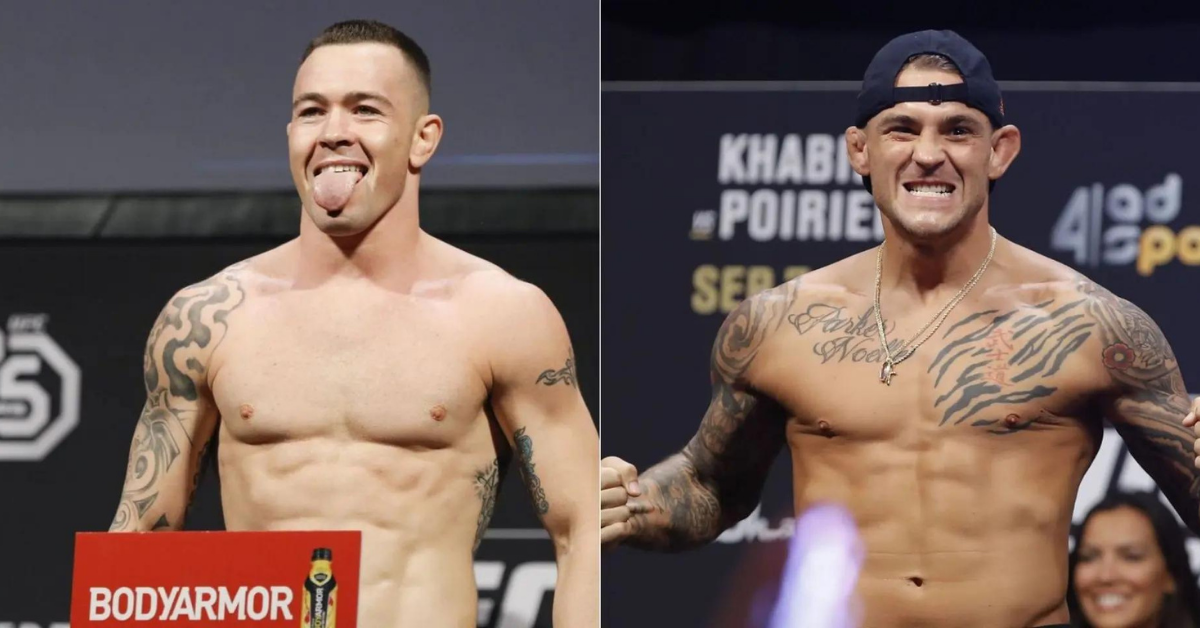 Colby Covington has taken the trash talking to a whole different level. Colby called out Dustin Poirier in a rather personal manner, as he mentioned Poirier’s wife, daughter, and claimed that if he doesn’t get his rematch with Kamaru Usman, or a bout against Jorge Masvidal, “Doofus Dustin” makes the most sense to him. Covington’s personal attack on Poirier has a lot to do with the history both the fighters share during their time at ATT. Covinton was recently allegedly kicked out of the American Top Team gym, where both Dustin Poirier, and Colby Covington used to train together. After a spat between the two, few months back Covington issued an apology, and it looked like both the fighters had settled their rivalry. However, that is not the case. Covington appeared on Submission Radio, and opened up on who he wants to face next.

Colby Covinton told Submission Radio, that if he cannot get his rematch with Kamaru Usman for the UFC welterweight title, according to him, a fight with Dustin Poirier makes the most sense.

“What about Doofus Dustin Poirier, you know. He was telling all the nerds in the media, next time I see Colby, it’s on sight. It’s on sight motherf****r. let’s call me to the octagon then. I will paint your blood on the canvas just like a modern day Picasso.”

It was only last sunday that Colby Covington had mentioned that he has squashed his beef with Dustin Poirier. However, that doesn’t seem to be the case.

“That was when I was under the rules, you know. I was respecting the rules, I made promises, and everybody knows that when promises are made, promises are kept. I respected Dan Lambert, I didn’t want to put him in that position.”

What’s next for Covington?

Colby Covington has been away from the octagon ever since his 5th round TKO loss to Kamaru Usman at UFC 245 for the UFC welterweight championship. Covington has a lot of interesting options going forward. Covington’s ex-friend and current rival Jorge Masvidal, and a rematch with Kamaru Usman both looks to be great options for the former interim champion. However, a fight against someone like Dustin Poirier also bring a lot of heat inside the octagon.