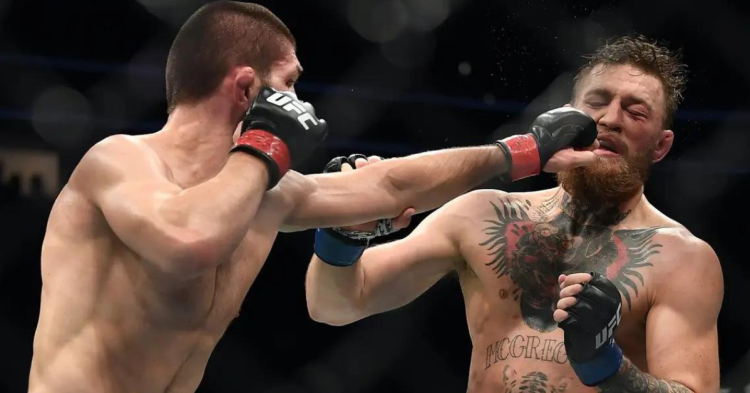 Khabib Nurmagomedov will take on Justin Gaethje in title unification bout for the UFC Lightweight Championship in the main event of UFC 253. Ahead of the exciting match-up, Khabib was seen cornering his teammate Zubaira Tukhugov at UFC 253. In a rather disappointing outing from Zubaira Tukhugov in the main card at UFC 253 against rising contender Hakeem Dawodu. While the scorecards might signal a split decision loss, truth be told, Hakeen put up an extremely impressive performance against Tukhugov to hand him his second loss inside the UFC octagon. The current Lightweight Champion Khabib Nurmagomedov, who was cornering Tukhugov was all class after the fight as he congratulated Hakeem Dawodu after this fight.

We are just one months away from UFC 254. Justin Gaethje is being looked at as the toughest opponent for Khabib Nurmagomedov. The undefeated lightweight shared his thoughts on Gaethje and expressed his interest at grappling against Justin Gaethje. 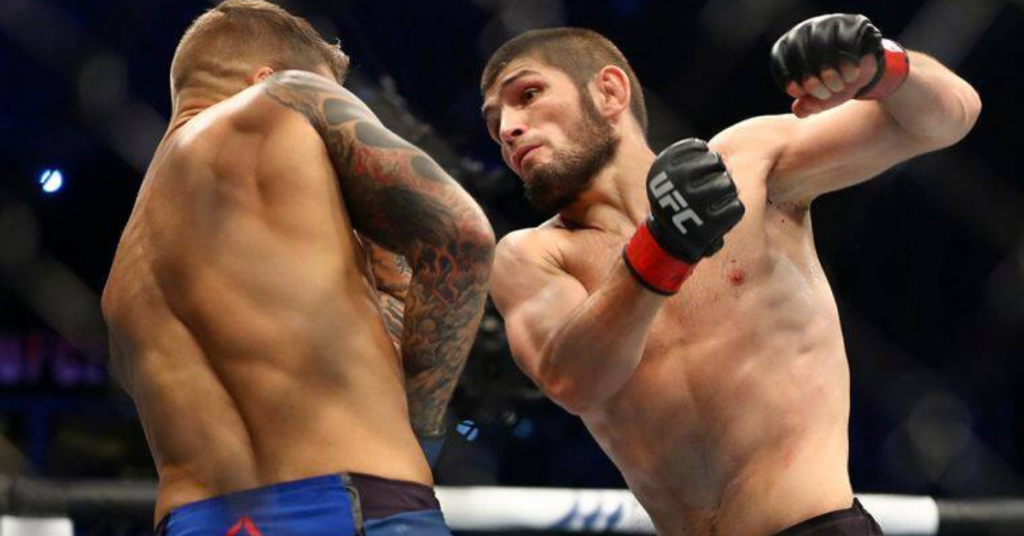 Additionally, Khabib also spoke about the damage that Justin Gaethje has gone through in his high-octane fights in the recent years. With multiple stoppage losses. However, he added that Gaethje is a tough fighter, and he considers it as exciting opportunity to prove himself yet again against one of the most fiercest strikers in the history of MMA.

“Very interesting – for myself. I wonder what he is like on the ground. We did not see him in the stalls with anyone. In terms of endurance, I consider myself two heads above him. But in punch … Many people underestimate my punch. I have been performing professionally for 12 years. And during this time I have not a scratch, nothing like that. And Justin Gaethje was knocked out twice. A lot of damage was done to him. He is a very tough, tenacious fighter. But in my heart I believe that I am a cut above him in percussion technique.”

How good will be Justin Gaethje’s ground game against Khabib Nurmagomedov? 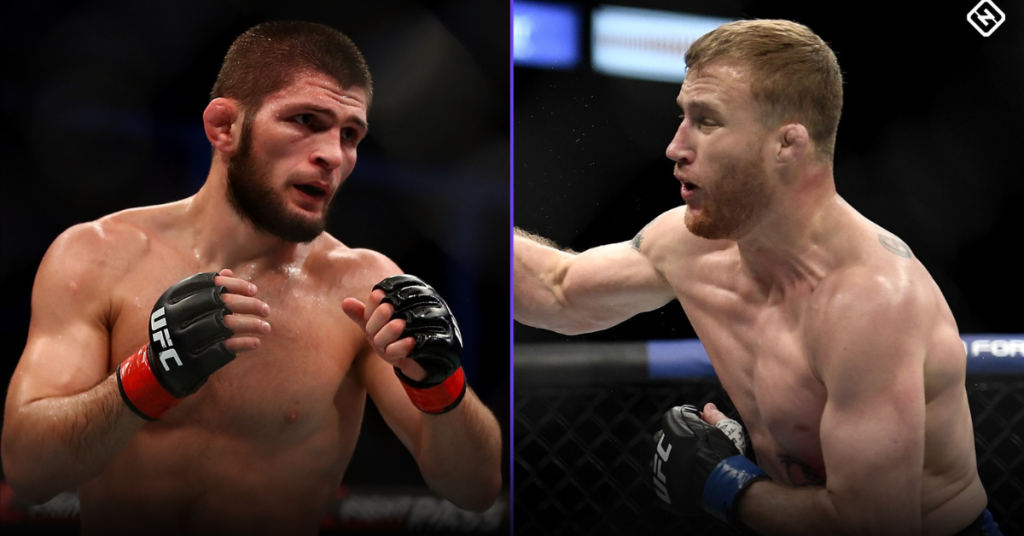 The very reason that fight fans believe that Gaethje has what it takes to beat Khabib Nurmagomedov is courtesy his wrestling pedigree. Gaethje is a Division 1 wrestler and many believe that he will be a tough test for Khabib on the ground. Nurmagomedov further added that he would keep the fight on the feet in the situation arise, “many people underestimate my punch.” Khabib stated.