Khabib Nurmagomedov takes on the UFC interim lightweight champion in the main event of UFC 254. Many believe that this is going to be the toughest fight in the Nurmagomedov’s career.

And it’s not the first time the fans have come up with that statement. We all thought Conor McGregor would be the toughest test for Nurmagoemdov because of his power and precision. We thought Dustin Poirier will beat Khabib Nurmagoedov because of his will, durability, and boxing. But, Nurmagomedov finished both the fights with ease. 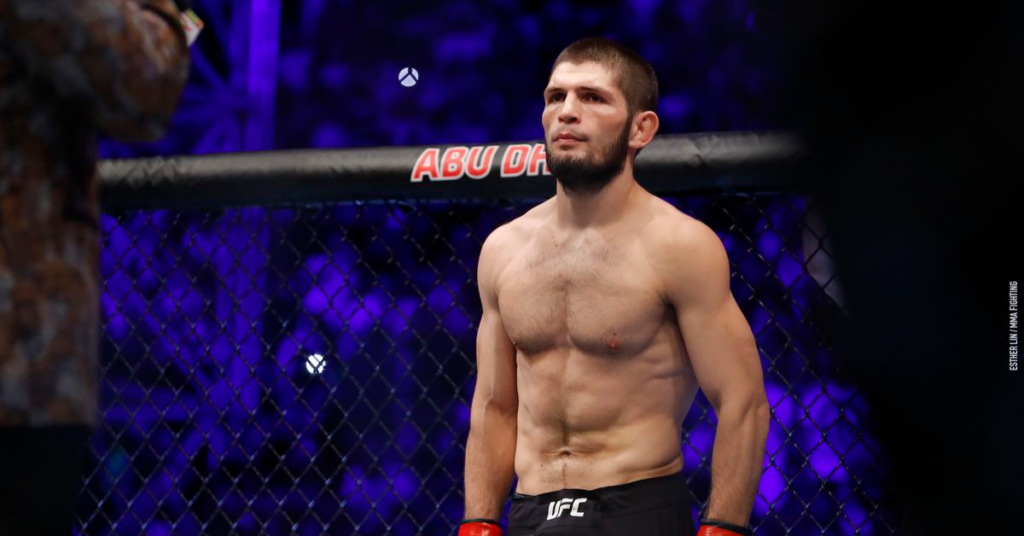 However, Justin Gaethje does bring a different set of skillsets to the plate. His wrestling is believed to be phenomenal even if he has not showcased it in his MMA fights. It’s believed that he is a good scrambler on the ground. We know for a fact that he is durable and powerful. And to complement his punches he has one the most vicious kicks in the division.

Khabib Nurmagomedov breaks down his fight with Justin Gaethje

I” think he is good at wrestling. He is a good sturdy guy. I believe I will be able to dive in and bring him down on the canvas. I know that he was a very good fighter all the way through. I had many difficult fights when I was an amateur than I proceed to professional sports. But I’m quite a strong guy. If I land a hit and then I get punched back I am standing strong. If I have to I can work with my hands if I have to I can go down wrestling and can do both ways.”

Even if Justin Gaethje is one of the best lightweights in the world right now he has to be at his absolute best to even come close to beating Khabib Nurmagomedov. The UFC lightweight champion is levels above the rest of his competitions when it comes to grappling. However, his striking is not as good as his grappling. And that’s why Gaethje is a threat to him.

If Justin Gaethje stops the takedowns from Khabib Nurmagomedov then he will dominate a striking battle against the champion. However, the task ahead of Gaethje is not easy at all as Nurmagomedov has been able to dominate every opponent he has faced in his career.