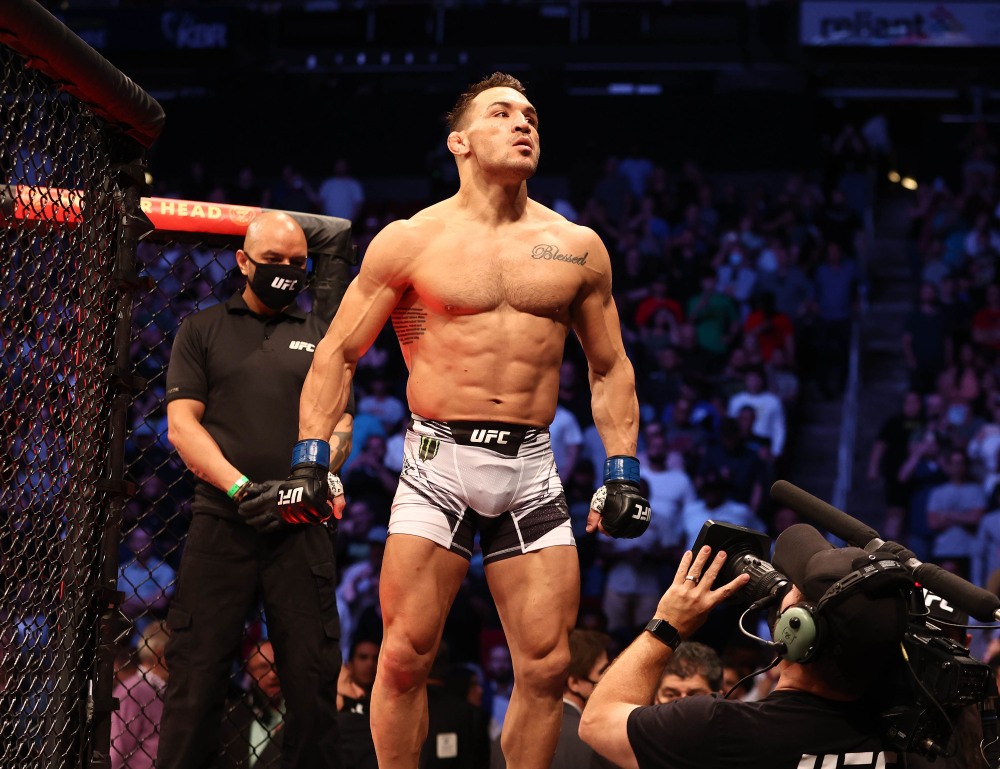 Michael Chandler almost finished Oliveira in round 1. Unfortunately, the fight ended with a TKO in favor of Charles Oliveira in round number 2. However, Chandler has taken the L like a champion and is already looking for his next fight in the star-studded lightweight division. And the speculation for Michael Chandler vs Justin Gaethje has certainly caught the interest of the MMA world.

Justin Gaethje has been inactive for a long time. He last fought in 2019 against Khabib Nurmagomedov and lost the fight by submission. And a fight against Michael Chandler can allow him to earn another shot at the lightweight title considering Chandler had a close fight with the current champion.

But, Michael Chandler seems confident in a potential matchup against the former interim lightweight champion. In a recent interview, Chandler broke down a potential fight with Gaethje and said that if Alvarez can TKO Gaethje he is capable of knocking Gaethje out cold.

Now we have seen the power of Michael Chandler in his last two UFC fights. He has solid striking and dynamites in both of his hands. However, Justin Gaethje has evolved a lot since his loss to Eddie Alvarez. He is now more patient, more accurate, and is okay with going 5 rounds instead of just making it a slugfest. So it won’t be an easy task for Chandler if he faces Gaethje next especially considering he will be coming off a knock-out loss.

If Charles Oliveira, who is not notorious for his KO power can knock Chandler out, then Gaethje can put him in some serious trouble. But, irrespective of the result this fight is guaranteed to be a barn burner and it makes the most sense considering the current scenario in the lightweight division.