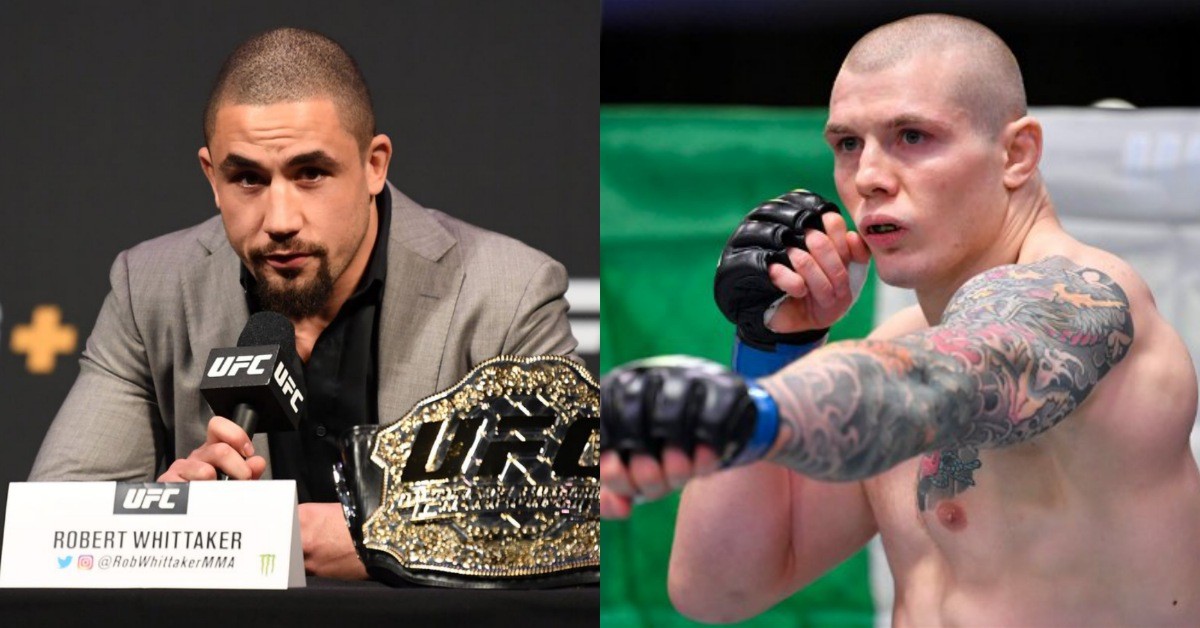 Marvin Vettori wants to fight Robert Whittaker on the upcoming UFC Fight Night Card in Paris. They were previously scheduled to fight at next month’s PPV UFC 275. However, it got cancelled due to Rob’s injury.

Robert Whittaker revealed afterwards that the injury was not going to take too long to heal. The Reaper also stated that he was looking to return in time for UFC Paris. But Marvin Vettori was unwilling to wait for that long as he called out Darren Till and Khamzat Chimaev. But he did not find an opponent to replace Whittaker. Now it seems Vettori is going back to Rob. Taking to Twitter, He wrote,

Alright so I guess since can’t find an opponent any earlier I’m fighting Whittaker in Paris.
You better show the fuck up this time.
Lets do it, I’ve been waiting for too long now

He followed it up with another callout where he tagged Whittaker and urged the Aussie to show up.

Rob are we gonna do this yeah?
No bullshit, that’s the date you wanted @robwhittakermma

The company will travel to France for the first time later this year. Mixed Martial Arts were not allowed on the French soil until very recently. But its legalization has provided the perfect opportunity for the UFC to expand its reach. A fight between hometown hero Ciryl Gane and Tai Tuivasa is in the works as the main event for the card.

Hence, the fight between Marvin Vettori and Robert Whittaker may serve as the perfect co-main event. The winner of this fight will be in the best position to fight for the 185lbs title next. However, it depends on the result of UFC 276 where the middleweight champ Israel Adesanya fights Jared Cannonier.

The fight between Marvin Vettori and Robert Whittaker is not confirmed yet. Hence, it is difficult to know whether the contest will be scheduled for 3 rounds or 5 rounds. The duration may have an impact on the outcome of the bout. A longer fight will definitely favour the former champ, whereas Vettori would much rather prefer a 3 round contest.

In his last fight against Israel Adesanya, Robert Whittaker suffered a knockdown pretty early in the contest. He went through the same thing against Darren Till as well. But in both of those fights, he made the necessary adjustments and finished in a strong manner. Whittaker is similar to someone like Petr Yan. Although they are both in different weight classes, both of them start off slowly and gradually reach their best during fights.

But Marvin Vettori is a much harder opponent to face in the early rounds. Throughout his career, Vettori has finished 11 of his opponents. Interestingly, all the finishes came in the very first round itself. Hence, it will be imperative for Robert to be wary of takedowns and overhand rights in the early rounds.

Whittaker and Vettori, both are skilled grapplers. But Bobby Knuckles is a superior striker. Based on skillsets alone, Robert Whittaker should win the bout. But, one can never be certain in the fight game. Even one punch can end the night.