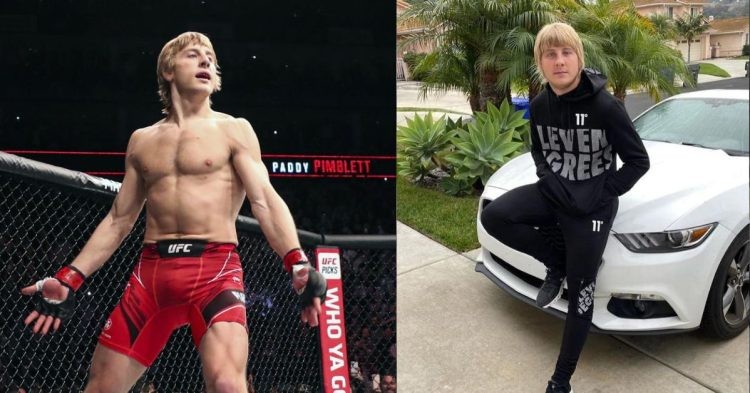 UFC lightweight star Paddy Pimblett has risen to stardom in a remarkable QuickTime. His amazing personality, backed up by his phenomenal fighting skills, has made him the star he is today.

Now, In the latest UFC 282 countdown episode, Pimblett said that he is set to become one of the biggest stars if not the biggest star in the company as he is already produced a $1 Million sponsorship.

Right after his first win in the UFC, Paddy Pimblett was offered a huge seven-figure sponsorship by Barstool sports. The deal happened in September 2021, which was after his UFC debut. When asked about the deal, Pimblett stated that he felt that the Barstool sports company was made for someone like him. He also thanked the company and said that this was going to be a great partnership with barstool sports.

Now in the latest UFC 282 countdown, Paddy Pimblett stated he is all set to become the biggest star in the UFC. He also said that he will become the UFC champion.

“I Had one fight with the UFC and got a million pounds sponsorship from Barstool sports. You’d think I was a pop star if you didn’t know what I done. I know for a fact that I’m going to be the biggest star in the sport. I’m going to be a UFC champion.”

The upcoming fight for Paddy ‘The Baddy’ Pimblett is going to be a tough one. If he passes his next test, then his future in the UFC will be brighter than he thinks. His opponent at UFC 282, Jared Gordon, is a former featherweight champion for Cage Fury Fighting Championships in the United States. Gordon, in his last fight, secured a win over Leonardo Santos at UFC 278 via unanimous decision.

The former Cage Warriors Featherweight Champion made his UFC debut against Luigi Vendramini at UFC Fight Night 191. The fight was fast-paced and action-packed right from the first second. Paddy Pimblett got rocked in one of the early exchanges but kept his composure and secured his first win in the UFC by KO.

In his next bout, he fought Rodrigo Vargas and secured an amazing first-round submission win. The quick win over Vargas caught the eyes of the UFC fans and many started to follow his career. Also, he already had a huge fan following from the European nations, heading into his UFC career.

Paddy Pimblett is now coming off a brilliant second-round submission win over Jordan Leavitt. The fight took place in his own backyard, which is the O2 arena in London, England.

Pimblett is now set to face the toughest test in his UFC career as he will be going toe-to-toe against Jared Gordon on 10 December 2022 at UFC 282.