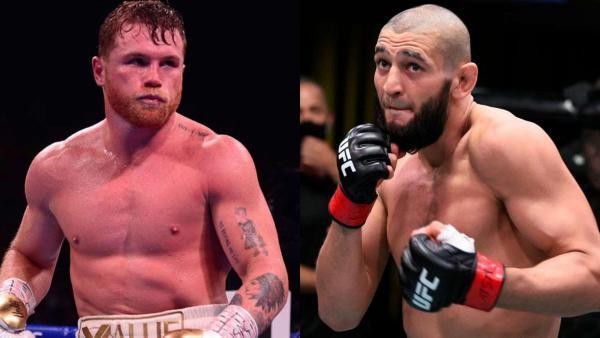 UFC Welterweight champion Kamaru Usman has been adamant about wanting to box Canelo in the near future, but Khamzat Chimaev thinks it’s a bad idea. Chimaev was recently featured on the “Triple C & Schmo Show” podcast and he shared that he doesn’t believe Usman can last “one minute” with Canelo.

“How is he going to fight Canelo? The only people who want to see Canelo and him are only him and his manager. Did you see how he hit pads? We have to be realistic about it and the guy is not that level in the boxing. I think I’m the best in the world, but I can’t say I can beat (Canelo) in boxing because I’m not a stupid guy. The guy all his life did boxing, he knocked out – he killed so many good guys. He has only one way to fight Canelo: if they make the fight one second. Just like start and finish. Then he can survive. He can’t survive one minute.” said Chimaev.

Khamzat Chimaev said he would never box Canelo, but would beat him with ease in MMA

Khamzat Chimaev is confident in his own skills as a fighter but admits that even he would be out of his element against a boxer of Caenlo’s caliber. The ‘Borz’ said on the “Triple C & Schmo Show” podcast that although he’d handle Canelo with ease inside the Octagon, boxing him would be a different story. 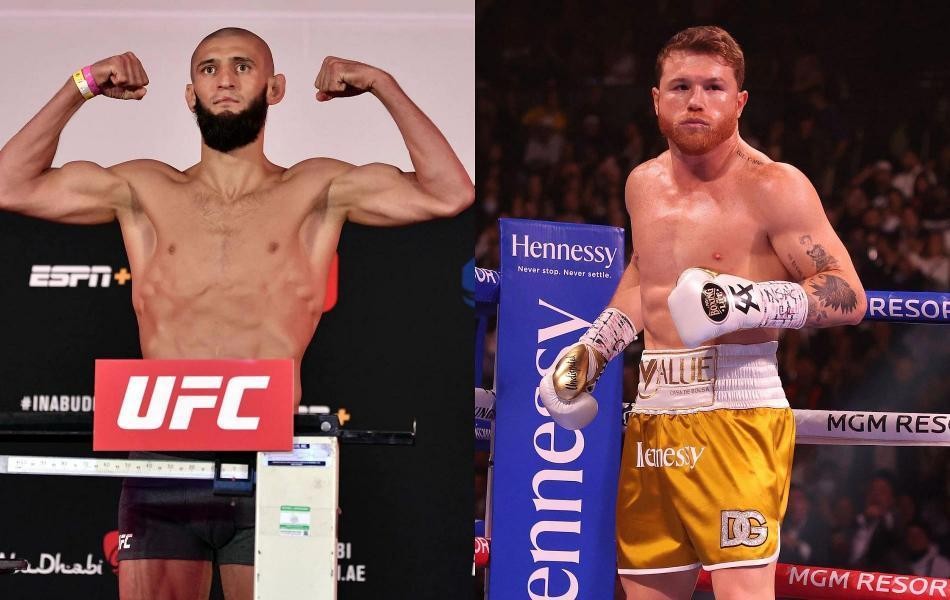 “I’m never going to do that because I understand how it works. It’s not my game. If he comes to my game, if Canelo comes to the UFC and fights with me, I can take 10 seconds and let him sleep. The guy never did wrestling, grappling, ground-and-pound, these things. You can’t do it.” said Chimaev.