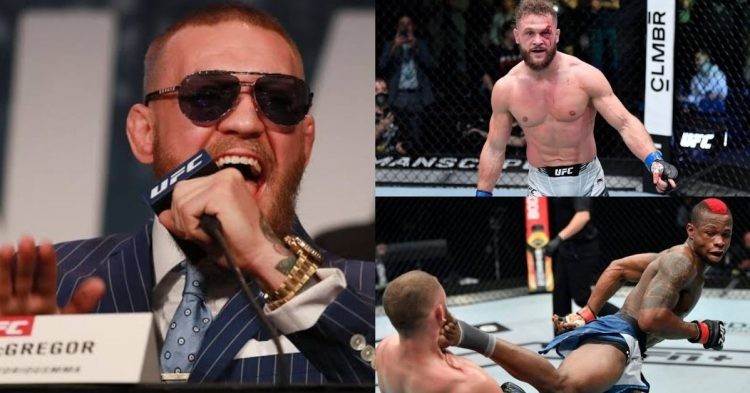 Rafael Fiziev will make his return inside the octagon to headline the upcoming UFC Fight Night event against former lightweight champion Rafael Dos Anjos in a five-round bout. The Kazakh lightweight who is currently #10 in the division is on a brilliant five-fight winning streak.

He is coming off a stunning knockout win in his last fight over lightweight contender Brad Riddell. Consequently, it would be interesting to see if Fiziev manages to outclass RDA because this will unarguably be the toughest matchup of his UFC career so far.

Therefore a win over an experienced veteran Like Dos Anjos would not only help him jump three spots up in the division but also get closer to a title shot. As Fiziev prepares for this big bout, his lightweight rival Conor McGregor shared an opinion of his striking defense. 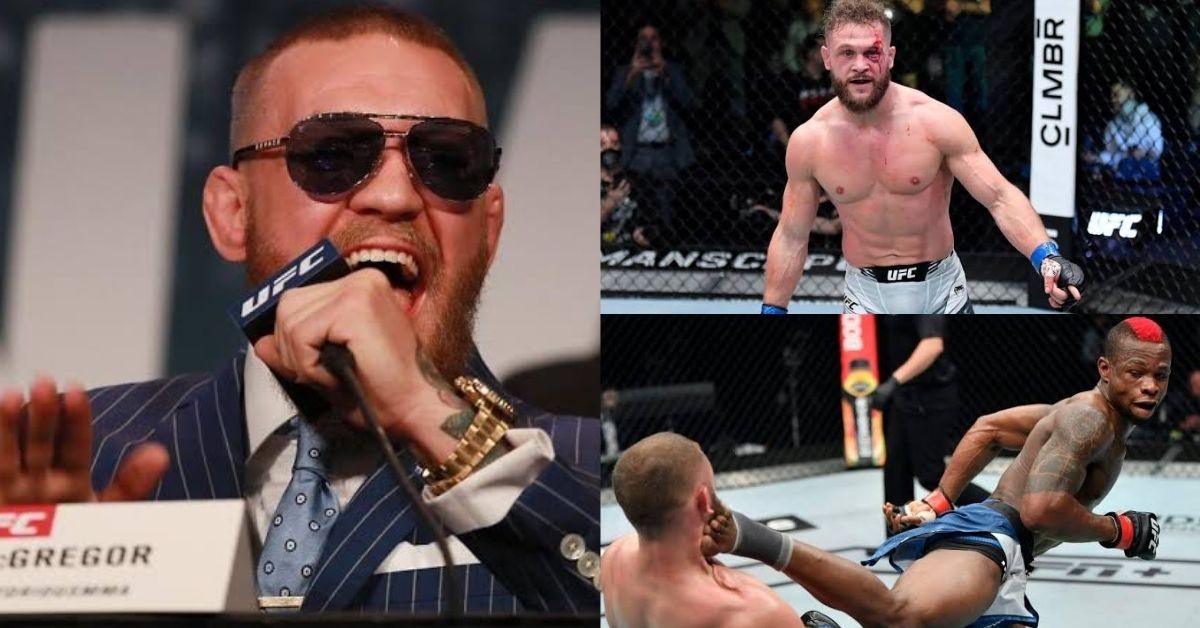 The Irishman retweeted a montage of Fizeiv ducking his opponent’s roundhouse kicks on Twitter and advised fighters to change it into an axe kick which will help them gain more success.

This is awesome. Change the roundhouse to an axe kick. Roundhouse into and axe kick and this defense eats the full of the heel.
I’m telling you. If their reaction to a high kick is this, implement the axe. https://t.co/Nxg0BemzoO

Rafael Fiziev didn’t take McGregor’s words kindly and hit back Conor with a sly dig. The Kazakh lightweight invited him to train with him and help him defend leg kicks and asked him to come out of his fantasy world. Thereafter Conor accepted Fiziev’s offer of coming to train in Thailand and also clarified his statement.

Thank you for the offer. When I am in Thailand I will head here for sure! Don’t disrespect you are yet to do anything significant in this sport. Good luck in your upcoming fight.

After entering into an argument with Rafael Fiziev on Twitter earlier today, Conor McGregor posted a photo of the Kazakh lightweight getting knocked out and responded to his rival’s claims of living in a fantasy world.

Sir, all due respect. I didn’t do all I have done in this business by living in “fantasy world”. I done it through in depth personal study. Dissecting movement patterns and habits and capitalizing off of them with devastating results. Have respect, I have not disrespected you.

So far Fiziev has not replied to McGregor’s criticism on Twitter. It looks like McGregor has found a big hole in Fiziev’s defense and it would be interesting to see if RDA takes a note and implements the Irishman’s advice for his upcoming matchup against Attaman.