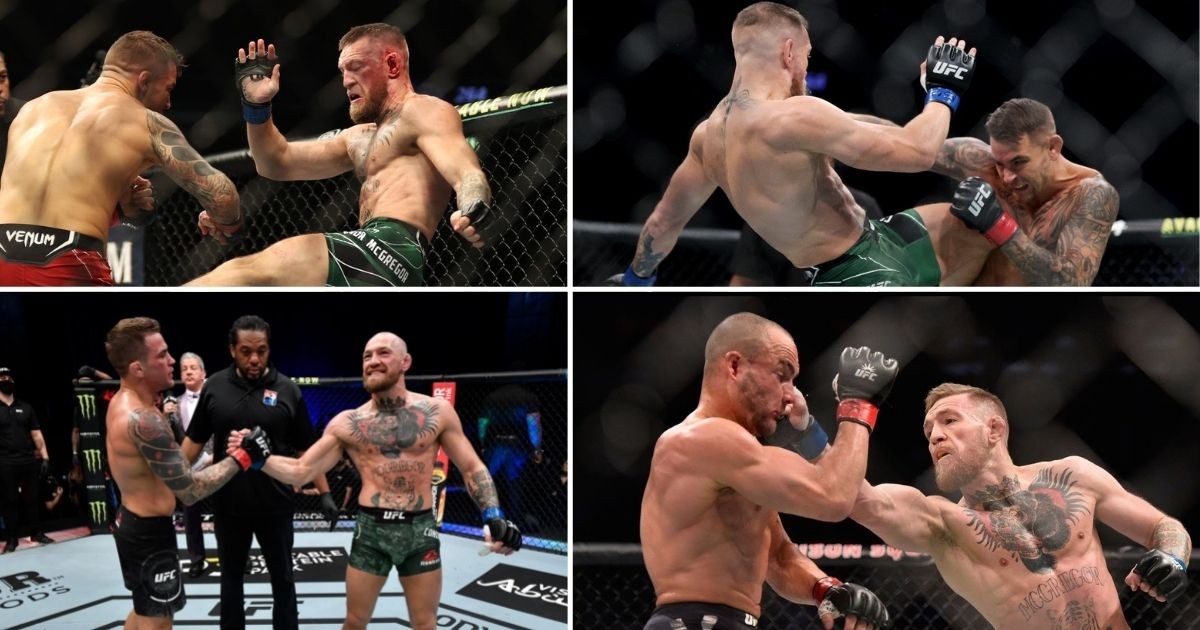 Today, we went one step closer to the blockbuster UFC 257 event. The UFC press conference unofficially kicked off UFC 257. Featuring the fighters headlining the main and co-main events plus Dana White, it marked the beginning of a great event. Though many questions were asked, one of them stood out the most. Conor McGregor was asked what he thought it would take to bring Khabib out of retirement. To this, he replied that he actually didn’t care. Check out what he’s got to say in response to the question:

“I don’t really care. He did not say that, Dana said that. He said he’s not. Let’s just get through the fight. All these men are up here despite the challenges. It is a tough business and the things happening in his personal life, I don’t wish him any harm. Things happened in 2018 and a lot of time has passed, but the world knows this fight isn’t over. This war isn’t over. The sport needs it to happen, the people need it to happen. I’m not gonna chase it if he doesn’t want it. I’ll keep my calm and move on.”

Things Got Ugly Between Conor McGregor And Khabib At UFC 229

It is worth noting that McGregor has again reignited his 2-year-old feud with Nurmagomedov. Both of the fighters were embroiled in a post-fight brawl after The Eagle submitted the Irishman in the 4th round of the fight. Since that time, the Russian has gone for 2 more successful title defenses. On the other hand, The Notorious has fought only once knocking Donald Cerrone out in the first round.

The winner of McGregor vs. Poirier 2 will get a title shot. With Khabib still the lightweight champion and McGregor being the favorite, another rematch between these doesn’t seem to be a very distant possibility. The fans can hope for a blockbuster rematch between The Notorious and The Eagle.

Also read: All the Jobs “Notorious” Had Before MMA – What Did Conor McGregor Do Before UFC