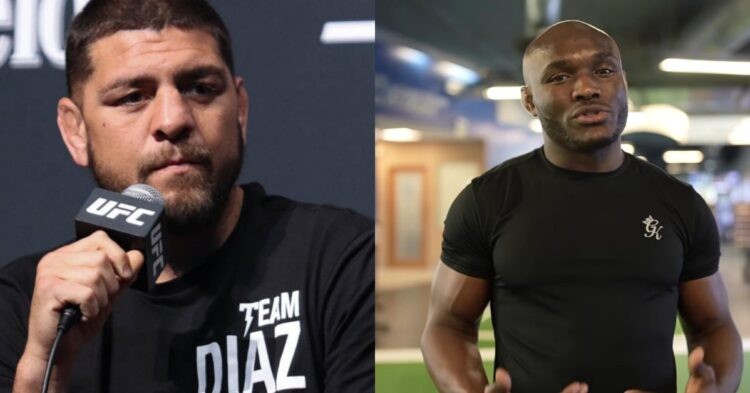 Nick Diaz is aiming for a UFC welterweight title shot! Nick recently held a meet and greet session for the fans. During the event, he spoke to TMZ sports regarding his future and what kind of fights he is looking for upon his return to the UFC.

The elder Diaz brother came back to the UFC after an absence of 6 years. Diaz was suspended for 5 years for his use of marijuana in 2015 following his fight against Anderson Silva. But it was ultimately reduced to 18 months. However, the whole saga soured Nick’s appetite for fighting and he went on a hiatus until last year at UFC 266. But it was not the kind of return he would have hoped for as Lawler stopped him in the third round.

But on a positive note, Nick did not seem like he lost the fluidity in his striking. Although ring rust definitely affected his performance, there was enough for the UFC President Dana White to state that Nick looked good in the fight. Now it seems like Nick himself was encouraged by the performance he was able to put up as he wants to fight Usman for the belt next. The 38-year-old stated that he will only fight the champ if he comes back to the Octagon. Nick Diaz said,

Kamaru Usman is in the talks to face Leon Edwards to defend his belt in the coming months. But it does not seem like the bout will happen until late this year. Hence, Nick Diaz vs Kamaru Usman will not take place this year. By the time this bout takes place, Diaz will almost be 40 years old. Despite being one of the best 170lbs fighters during his days, Nick is past his prime now. Hence going up against Usman who is 5 years younger than him would not be a good idea.

The Nigerian Nightmare has evolved into a ferocious power puncher in recent years. With Nick being much older, will he be able to absorb punches that put the likes of Gilbert Burns and Jorge Masvidal to sleep? Diaz had trouble handling Robbie Lawler’s offence last year. So there is not much optimism for Nick to stand toe to toe against Usman.

On top of that, Kamaru is one of the best active wrestlers in the UFC. Diaz has always had a tough time dealing with dominant wrestlers. Although one can not fault Nick for trying to get one more title shot to end his career on a high, barring a massive upset, the chances of him actually winning the belt is slim to none.