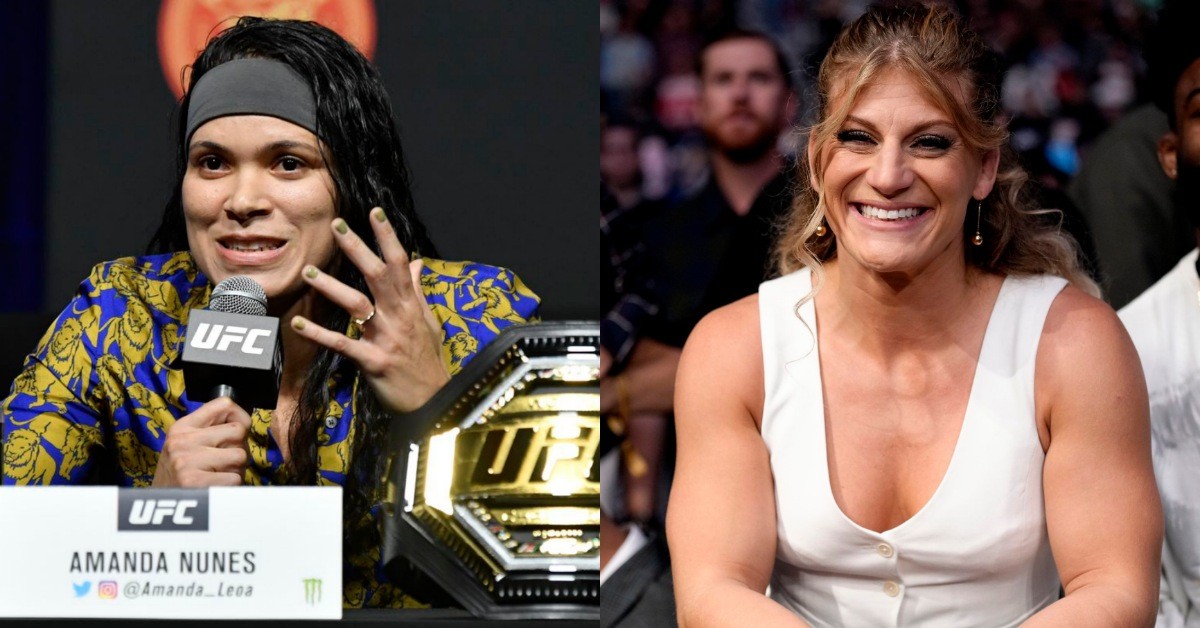 Amanda Nunes has finally revealed the reason why she left American Top Team(ATT). Earlier this year, Nunes left ATT after an association of 8 years. Fans speculated why Amanda made the move despite having a very successful partnership with the gym. Under them, she not only became a champion, but Nunes also created history by becoming a double champ.

She has finally opened up on what went on behind the scenes. It seems like the lioness left her pride because of the introduction of new blood. PFL champion Kayla Harrison joined ATT in 2018. It seemed like Nunes would be a guiding force for Kayla. However, that was not the case. Instead of forming an alliance, it seems like Harrison’s inclusion made Nunes feel isolated from the rest of the gym.

“When Kayla [harrison] got there and then [yana] Kunitskaya, it began creating a weird situation for me because that was my territory… And then Kayla started talking. I was kind of ‘man, I’m not safe even in my territory.’ was kind of cornered.”

It seems Amanda Nunes really likes her space in the gym. She does not like seem to enjoy disruption in her training camps. It clearly affected her during her last outing as she was defeated by Julianna Pena. It seems like that finally made Nunes take the hard step of leaving ATT. She also mentioned Yana Kunitskaya as one of the reasons behind her leaving the gym. After her departure from ATT, Nunes is now forming a team of her own.

Amanda Nunes also mentioned the possibility of facing Kayla Harrison in the future. According to her, now that she is not a part of ATT anymore, Kayla should call her out for a fight. She stated that she will be waiting for the current PFL Women’s Lightweight Champion in the UFC.

It seemed early this year as if Kayla Harrison’s arrival in the UFC was inevitable. Both Amanda and Kayla even teased an immediate fight between the two. But Nunes’ loss took away some lustre of the showdown. Even Kayla did not stick around to negotiate with the UFC anymore as she resigned with PFL. But she knows that the path to achieving a possible GOAT status is through Amanda Nunes.

Hence it will not be surprising to see her signing for the UFC at some point in the future. Nunes is 33 and has shown signs of slowing down in her last few bouts. So the fight has to take place within a year or two. Otherwise, the appeal of the contest will fade away with time.