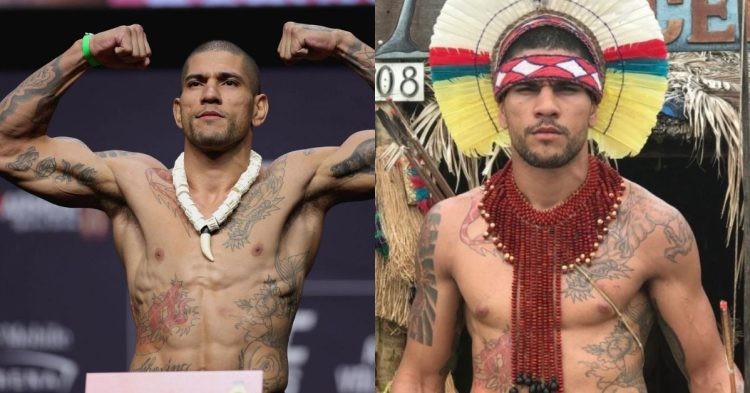 Native Brazilian Alex Pereira is the title challenger for the upcoming UFC 281 main event. Pereira in his recent talk with ESPN MMA shared how he uses his connection with the indigenous roots for inspiration.

Alex Pereira says that he is 100% native Brazilian. He says the first teacher who trained him in kickboxing provided him with insight into his own culture. The middleweight says his indigenous roots made him feel more confident and he wants to resurrect his origins and indigenous culture and show it to the world. Pereira said:

“It made me feel more confident. We wanted to resurrect my origins and indigenous culture. I made a ritual with the bow and arrow. Then a sequence with the indigenous music and that’s how it started.”

Pereira says the indigenous people are sometimes forgotten and it is very important to preserve them. By making a name for himself in the future Pereira wants to serve a higher purpose by helping his people and bringing back the indigenous culture. He said in the interview:

Alex Pereira is facing his former kickboxing rival and the current UFC middleweight champion Israel Adesanya on November 12. The former Glory kickboxing champion has fought Adesanya twice before and he ended up winning both. In the second fight, Pereira won by a knockout with a vicious left hook which Pereira is most famous for.

Periera doesn’t say much, but he’s always interesting. Before his MMA career in UFC, the Brazilian was a kickboxer. He is a former Glory middleweight and light heavyweight champion. He has a good kickboxing record of 33-7, in that 21 of them by knockout. Alex Pereira is nicknamed ‘Poatan’ which means stone handed in the native Brazilian language. The nickname adds up to his character since Pereira is known for his vicious power and brutal knockouts.

It goes without saying, fight fans are excited to witness Alex Pereira once again take on Alex Pereira. On wonders if Adesanya will get his revenge, or if Pereira will maintain his perfect record against the Stylebender.