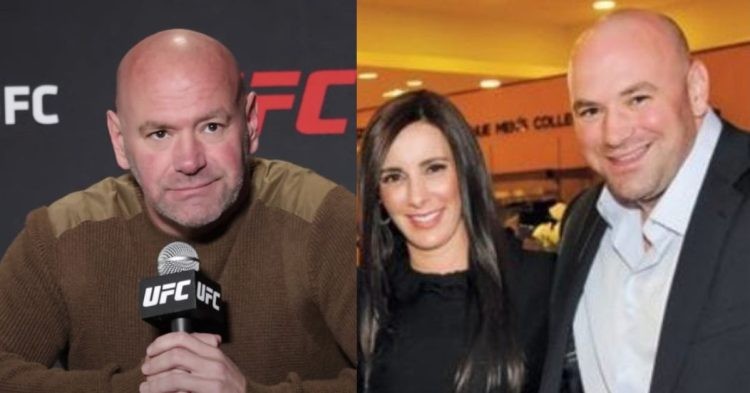 Dan White gives an update on the situation with his wife. (Credits: YouTube)

UFC President Dana White has been under heavy scrutiny after recent events. Whilst many were expecting the UFC to part ways with him, White has now returned to the company. Speaking to the press on UFC Vegas 67 media day, White finally spoke candidly on the matter.

To no one’s surprise, White was thoroughly quizzed about the slapping incident on New Year’s Eve. Much to the approval of many, the UFC head honcho made no excuses or justifications for his actions. As White himself reiterates, his stance on violence against women remains the same despite what he’s done, “You don’t ever do it. Don’t defend me.”

Further, Dana also clarifies and gives an update on the situation with his wife, Anne White. “Her and I have been through some shit, but we’re still together,” he states, implying that the couple is working on rekindling their relationship once again. Moreover, their priority at the moment remains their three kids and as Dana says, their focus is their family.

Speaking about the UFC, White understands that his resignation would only be detrimental to the organization. As such, he reveals that there are internal discussions between him, Ari Emmanuel (Endeavour CEO), and ESPN on the matter. Thus, White believes that unfortunate as it may have been, what’s done is done and that he will have to deal with it moving forward.

Ever since the incident, it has to be said, the UFC boss has not shied away from his actions, and faced the consequences head-on. He believes that there are no excuses and has even urged the fighters to not take his side. “Whatever their feelings are about this, I’m all about free speech,” insisted Dana, asking the MMA community to voice their opinion.

During the same press conference, Dana also touches on the ‘punishment’ for his actions. Firstly, Dana believes that any and all criticism he will face moving forward is 100% valid.

Furthermore, he adds, “Here’s my punishment… I have to walk around for however long I live, and this is how I’m labeled now. My other punishment is that I’m sure a lot of people, whether it be the media, fighters, friends, acquaintances, who had respect for me might not have respect for me now.”

As such, everyone, including Dana himself, admits that he was in the wrong. Whilst his response has been appreciated by some, ( fighters like Sean O’Malley, Derek Brunson, and even Brendan Schaub), there are others like Ariel Helwani who remain unconvinced. Overall, the general consensus is that White has handled the situation the best he could.

Moreover, aside from the slapping incident, old accusations of Dana’s infidelity had once again been brought to public attention as well. Thus, try as he might, it will be a long while before Dana can move past this mess. Fortunately for him, he is taking the right approach.

What is your stance on Dana White and his reaction to the situation? Should he actively appear at UFC events and conferences again? Is there anything Dana should have done differently? Leave us your thoughts in the comments below.