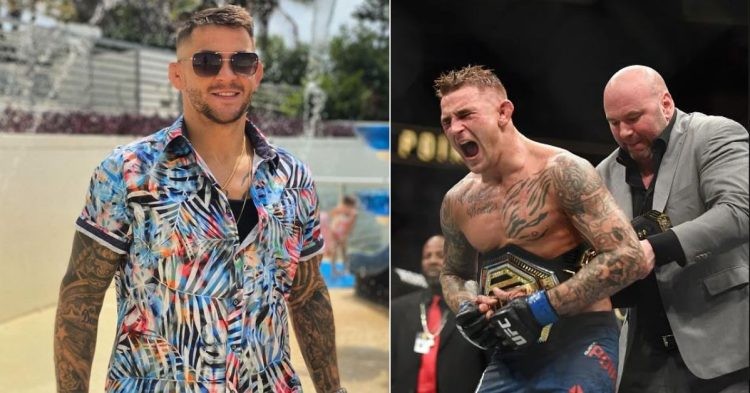 It’s safe to say, Dustin Poirier has never been in what one would call a “boring” fight. Right from his UFC debut more than ten years ago, all the way to his second-round submission loss against Charles Oliveira, the former UFC interim lightweight champion has put on war after war whenever he has stepped inside the Octagon.

Heading into UFC 281 against Michael Chandler, the story will be no different. Fans expect a slugfest between two of the fiercest strikers in the history of the lightweight division, and it won’t be wrong to say, both fighters are promised to deliver.

The mexican chin is a real thing

Dustin Poirier hails from Louisiana in the United States, however, his toughness inside the cage and his ability to stand in the pocket and exchange deadly blows have made many ponder whether he has Mexican blood running inside him. Even Henry Cejudo seems to think so.

Through the course of history, Mexican boxers have made the word “Mexican toughness” almost synonymous with toughness, grit, and determination. You cite a tough guy on the street, and the most likely thing you might hear someone say is, ‘he might be Mexican.’

Mexico is getting to Dustin.

This is not the first time that a fighter has been labeled as “Mexican” due to their sheer toughness. Nick Diaz and Nate Diaz have also found themselves in the same conversation. Former two-division champion picked Dustin Poirier to get his hands raised against Michael Chandler at UFC 281, and the reason is quite simple; grit!

I knew DP was Mexican 💯 @DustinPoirier

“Anybody that can go head to head and be composed and striking is pretty solid, even though he’ll stay in the pocket and yet he won’t get hit. Dustin Poirier’s greatest gift is his grit man!”

“I want to get his DNA checked to actually see if he’s actually Mexican,” Cejudo added.

Having fought some of the greatest strikers in the form of Eddie Alvarez, Justin Gaethje, Conor McGregor, Dan Hooker, and Anthony Pettis among others, Dustin Poirier has truly established himself as one of the greatest mixed martial artists of all time.