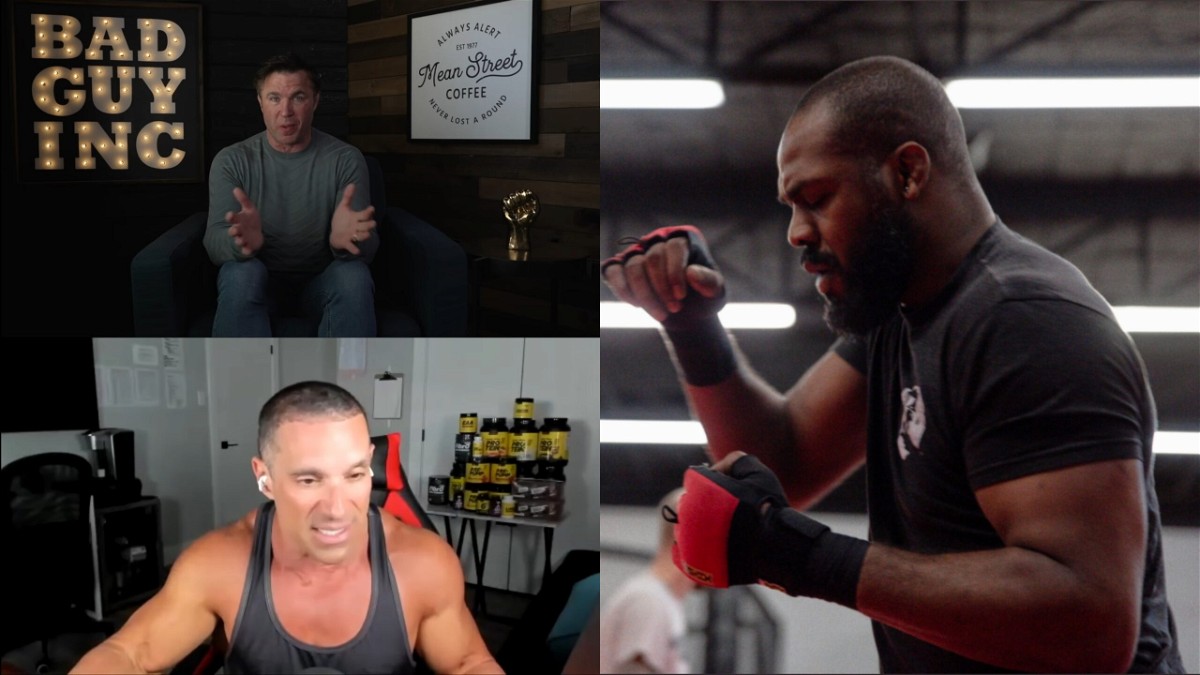 Jon Jones is currently building up muscles to make his debut in the heavyweight division. But, is he using any kind of banned substances to help the process take less time? Chael Sonnen has the answers.

The former light-heavyweight champion gave up his belt in 2020 in the hopes of pursuing a move to heavyweight. However, it has been 2 years now and there aren’t any developments on when the 34-year can finally resume in career.

But now, Jones seems to have accomplished his goals of gaining muscles successfully. On his Instagram posts in the recent few days, Jon seems to be in the perfect shape for a heavyweight fighter. However, was the gain all-natural? Or did he use steroids? Chael Sonnen clarified the questions in his most recent video.

Greg Doucette explains how Jon Jones got into heavyweight shape

Sonnen had Greg Doucette on his channel who is a well-known bodybuilder and a YouTube personality. He explained that Jones does not necessarily need to use any kind of steroids for his current shape.

Doucette stated that gaining muscle is part of growing older. UFC fighters usually focus on their cardio which doesn’t allow muscle gain due to the burning of calories. Hence, less cardio training has helped Jon in making his physical frame bigger. Greg said,

“What I like to say is an elastic. The further you go and stretch the elastic, the harder it is to gain muscle. So when (Jon Jones) was a lighter guy, 218, he wasn’t stretched too far. Because his body naturally could probably go up in weight. As he is getting to 240, if he wanted to go to 260, he’d probably need to take steroids at that point. But at 240, not really.”

Will Jones have the same stamina at heavyweight?

At 205lbs, Jones was known for his extraordinary conditioning. He operated like a machine that never ran out of oil. However, will that stamina be affected due to his new physical stature? In response to that question from Chael, Doucette went on to say,

“So, in moving up a weight class, I don’t think he’s gonna be fighting guys that have the same conditioning as he’s had. So what he makes up for with added size and strength, he’s losing some cardiovascular. But it’s probably gonna balance out.”

Jon Jones is expected to fight at least once before 2022 ends. The champ Francis Ngannou is currently on the sidelines for the foreseeable future after his knee surgery. Hence, an interim title fight could be next and Jones will be a prime candidate to occupy one of the spots.

Will Shareef O’Neal Make the NBA Like His Dad Shaq?