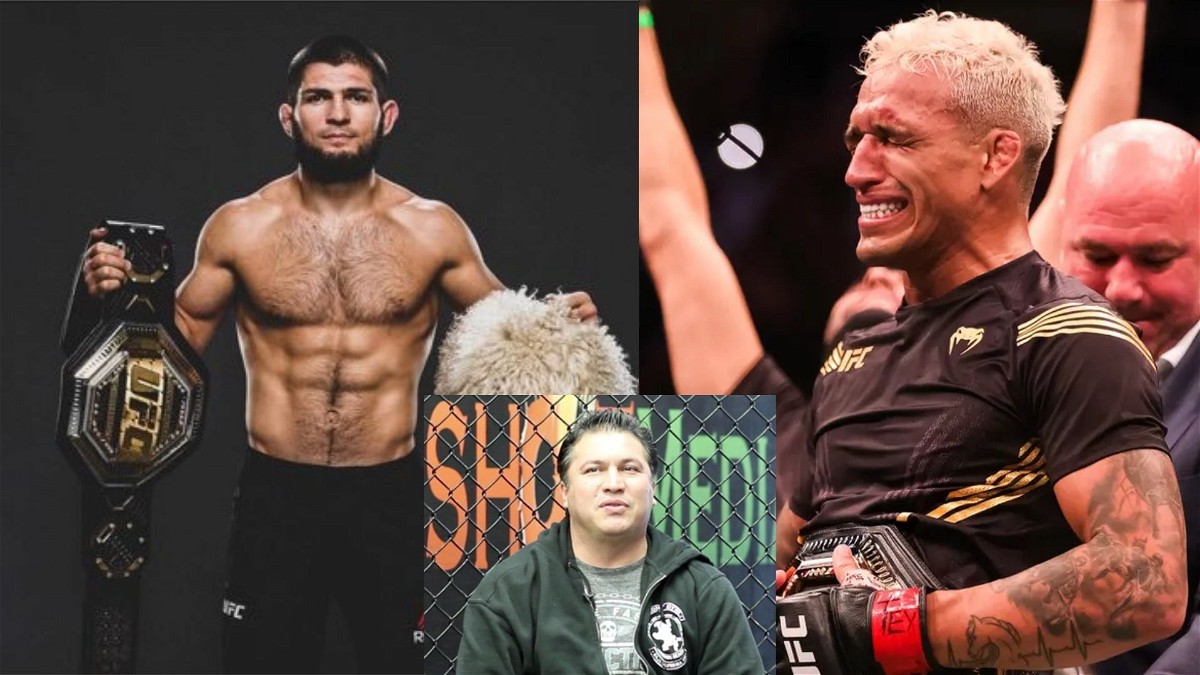 Khabib Nurmagomedov retired from UFC back in 2021. Since then, fight fans are waiting eagerly to see the eagle inside the octagon once again as a fighter.

However, Khabib has always been clear about his retirement and decision of not coming back to fight. Recently, his former coach Javier Mendez also spoke about the same with “Submission Radio“. Mendez was questioned if Oliveira’s current reign as a champion excites the former lightweight champion to consider returning.

To which Mendez replied: “No, no interest zero. There is no interest in Khabib….I think Oliveira or anybody in that role, they are not interesting enough…so yeah, Khabib is done.”

Charles Oliveira is currently on a 10 fight win streak and is undefeated since 2018. Oliveira won the title by defeating Michael Chandler after Khabib retired and left the podium vacant in 2021. Since then, Charles has defended his title once against Dustin Poirier. Oliveira is all set to defend his belt for the second time against Justin Gaethje. Maybe after that Charles would interest Khabib.

But, the possibility of the same seems quite unlikely. Khabib has always mentioned that he left fighting because his mother asked him to. So, his return certainly depends on her mother’s wish as well. Till then, fight fans can enjoy seeing him in his Coach and entrepreneur role.

Reacting to this, Mendez said: “That would be interesting and would be fun to watch“. However, the coach believes that Khabib will dominate him like he does everyone else. According to Mendez, even though Khabib has become heavier, he is still grappling better than everyone.

Fight fans have always dreamt of Khabib fighting GSP. Even though an MMA fight is far from reality, a wrestling bout between the two would still excite a lot of fans out there.