Michael Chandler’s Wife and Family: All You Need to Know 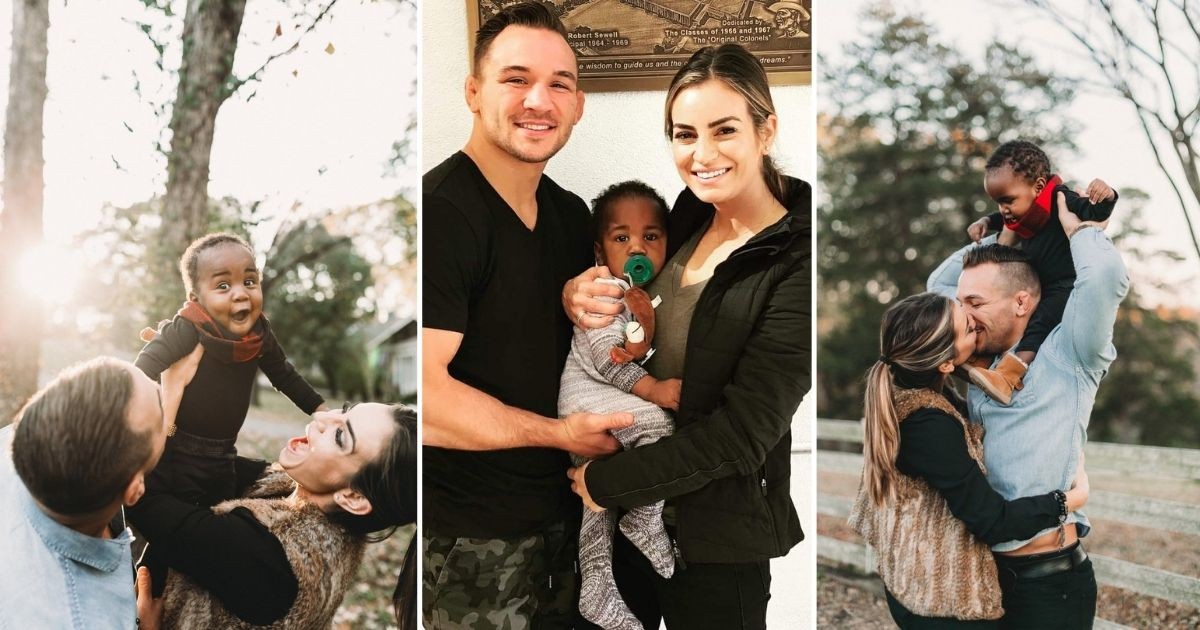 Michael Chandler and His Family

Michael Chandler is one of the most exciting fighters in the UFC today. Chandler’s magnanimous personality and his fighting style make him a fan of fight fans around the world. Needless to say, with his rising popularity, fans have shown interest in knowing about his personal life as well. How is Michael Chandler’s life outside of the Octagon? Here’s everything you need to know.

Now, Chandler is set to achieve greater heights having made a name for himself in the world of mixed martial arts. Chandler repeated display of his monstrous power inside the UFC Octagon has made him one of the most entertaining fighters today, right along the lines of Justin Gaethje, and Dustin Poirier.

Michael Chandler tied the knots in the year 2014 and is married to Brie Willett. In a recent post on Instagram ahead of arguably the biggest fight of his UFC career, Chandler took to Instagram to thank his wife.

“There is not a doubt in my mind that I wouldn’t be where I am today without the steadfast love and support of my wife” Chandler quoted.

“There’s no way I’ll ever be able to make up for all the time spent away and all the selfless sacrifices you have made, but I promise to love you and serve you for a lifetime and beyond. I love you @briechandler (Brie Willett) – you’re my favorite thing about life…and as the song says, the spotlight is on me, but you’re the reason I shine.”

Chandler’s words on Willett’s birthday, thanking her for her endless support throughout his MMA career is truly wholesome! Chandler called her “inspirational” and showered praise on his wife. The story of how Chandler met Brie Willet is as romantic as it gets. Chandler and Willett started dating each other after emailing for almost two years.

After almost two years, the couple decided to marry each other. Chandler married in the year 2014 and the couple adopted a kid named Hap Michael.

His name is Hap Michael. Wikipedia is wrong. Please change of you have a connection

According to Brie Willett’s Instagram account, Chandler’s wife prefers to stay outside of the media. She spends most of her time enjoying herself with her friends. Needless to say, Brie’s images with her son Hap Michael are adorable.

The former two-time Bellator champion revealed that while it took some time for him to warm himself with the idea of adopting a kid, Brie always wanted to adopt ever since she was a kid. Chandler stated that Willett’s early experience with orphan kids who wanted nothing but the home was the major motivation behind the huge step.

“We didn’t even get over the reaction of settling into the idea of, holy cow, we’re now active, we’re now allowed to adopt…it was all of a sudden six minutes go by and we get that phone call.”

Chandler revealed in an interview given to MMAFighting, that he wanted a kid who was around five months older. However, Hap Michael was nine months old when Chandler and Willett gave him a new home.

“We wanted a newborn to six months. It’s just funny how you have your preferences and you have your plans and then all of a sudden God just says, nope. He was nine months old. They sent us his picture, and as soon as I saw it I got this feeling inside of me, and I started tearing up. I was just like: ‘That’s my son.’

Chandler had taken to Instagram to welcome their new kid Hap Michael Chandler as he shared a photo with the beautiful child. Michael Chandler is a gentleman when it comes to the sports of MMA. It will be interesting to see his journey as he steps inside the UFC Octagon against the MMA elites.

Just recently, the couple celebrated Hap’s 4th birthday, and needless to say, the family looked adorable in the photo shared by Michael Chandler on his social media platform.

Michael Chandler welcomes a new member to his family

Michael Chandler recently adopted another child. Chandler announced on April 22nd that his family is growing as he welcomed another baby boy to his family. Along with his wife Brie, Michael named their new child Ace Chandler who was born on April 19th.

In an Instagram post, the UFC lightweight fighter stated that he felt that the time was right to adopt another child. Chandler expressed that he was lucky to have the presence of two beautiful children in life. Both Michael and his wife have been big advocates of adoption. Hence, it is great to see that they are backing up their words with actions.

Who Is Umar Nurmagomedov?- The Untold Story of Yet Another Dagestani Fighter