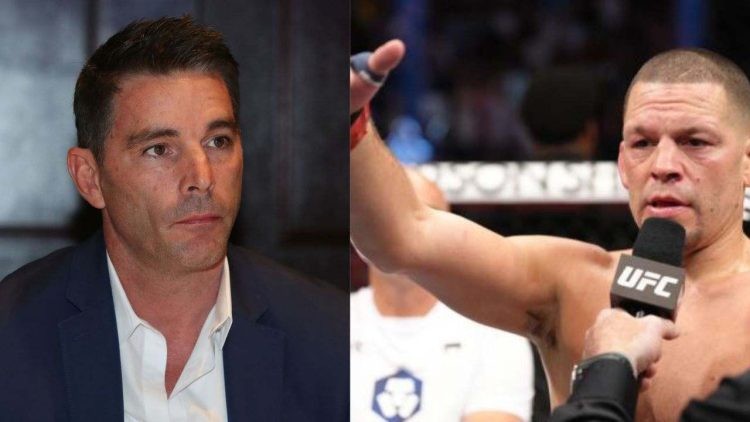 Following his victory at UFC 279, Nate Diaz is now seeking a new challenge. After disposing of Tony Ferguson via 4th round guillotine choke, Diaz announced he is temporarily leaving the UFC. As such, Nate is now a free agent and ready to take over “a new sport”.

The Stockton Slugger is one of the biggest names in combat sports. Headlining some of the UFC’s biggest PPVs of his time, Diaz is a bonafide superstar. Thus, a lot of big companies and names are sure to be on his tail.

Feldman adds, “Nate Diaz is absolutely on the radar. He’s not just on the radar, we’re aggressively gonna make a move for him right now.” Interestingly, he also revealed his plans for Diaz. “I think that the fans would absolutely love to see both of the same personalities, just guys that keep fighting… Nate Diaz vs. Mike Perry would be a fan’s dream fight. I think the fans would love to see that.”

Despite his plans, David admits that there are some hurdles that BKFC needs to work through first. Reportedly, Nate Diaz is already working on something, and in addition to that, the UFC also has a window to re-sign him. Hence, a lot needs to go right for fans to be able to witness Diaz vs Perry.

Like Feldman mentions, a lot of people would pay a lot of good money to watch Diaz and Perry brawl it out. Even stylistically, both fighters are quite similar and always bring that “kill or be killed” attitude when they fight. What’s more interesting, Perry has also called out Nate Diaz before.

Back when ‘Platinum’ was still on the UFC roster, he had some interesting words for Diaz. “I think he’s a skinny, weak, little (expletive), like Mickey Gall,” Perry said. “I respect what he’s done in this sport. He plays the guard game, jiu-jitsu, and (expletive). He thinks he can box with (those) little weak-ass punches that he’s got—little salt and pepper punches. He doesn’t stand a chance to hit me hard enough.”

Currently, Perry is 2-0 in BKFC and is coming off a majority decision win against Michael “Venom” Page. Will Mike Perry finally get his chance against Diaz? We sure hope so.