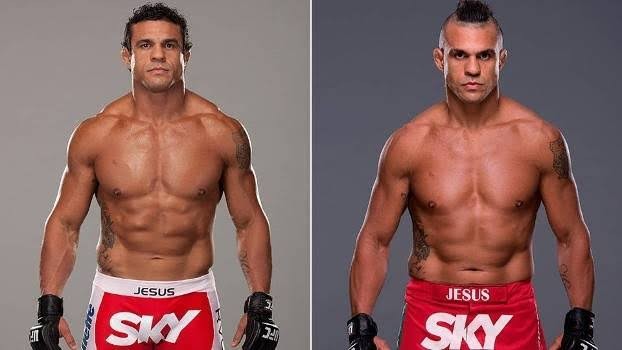 Former UFC light heavyweight champion Vitor Belfort will be making his return to combat sports as he takes on boxing legend Evander Holyfield in an exhibition boxing match this weekend. Ahead of this big clash on September 11, Belford has posted a video of his training session where he looks in phenomenal shape.

Therefore there were rumors circulating around whether the retired UFC superstar is on steroids after watching his posts. Considering the fact that he had his fair share of history with peds. Throughout his UFC career, Vitor was known for his impressive knockout power and incredible physique. As a result, he had to constantly deal with allegations of performance-enhancing drugs.

However, these allegations of using banned substances were confirmed twice in his 21-year UFC career. In 2006 after losing to Dan Henderson for the Pride welterweight title, Vitor Belfort was tested positive for a banned substance called 4-hydroxytestosterone. Following this positive result, the Brazilian fighter was suspended for nine months by the Nevada State Athletic Commission.

The TRT Saga of Vitor Belfort during his UFC career

UFC allowed him to fight on TRT for several years because there wasn’t any rule against the therapy. Moreover, the promotion seems to have covered Belforts’s test results as it indicated high levels of testosterone. One such occasion where UFC was aware and did not take any action was during Phenom’s fight against Jon Jones.

Jones after the fight expressed his frustration regarding this controversy in an interview. “I remember at the weigh-ins, I looked at his abs and I’m like, dude, I’m like several years younger than you and you look way tighter than me,” Jones said. “And I knew I trained pretty hard for that camp. Everybody has always speculated Vitor for being on steroids. But to know they put me in there with him knowing he was on them, it’s really a slap in the face.”

However, things changed because NASC banned the usage of TRT. Hence he had to pull out from his fight against Chris Weidman after showing increased levels of testosterone in a random test. Therefore fight fans and analysts are alleging that Vitor Belfort must have once again used TRT to get into an impressive physique ahead of his clash against Evander Holyfield.