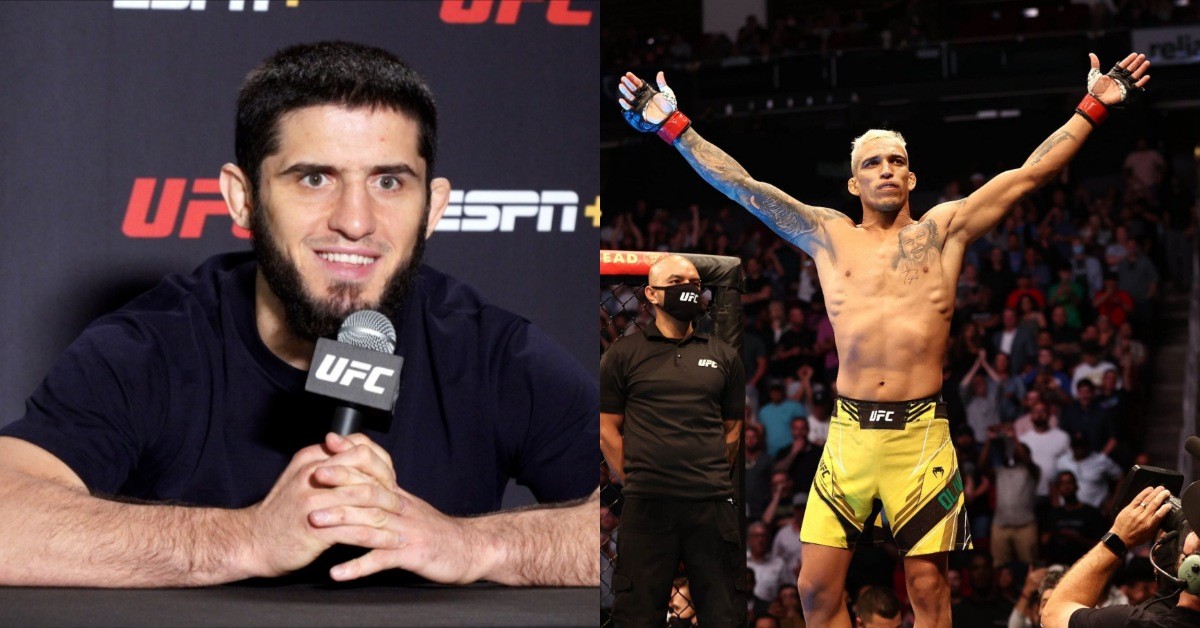 Charles Oliveira vs Islam Makhachev promises to be a great fight. But the contest will be a fascinating one to behold from a grappling point of view. Both are amongst the best grapplers in the UFC. However, Makhachev has already made a bold claim about the fight.

After choking out Justin Gaethje, Do Bronx extended the number of his submission win to 16. As the fans know by now, he holds the record for the most number of submission victories in the UFC. Hence, the fans have been wondering whether Oliveira will be able to repeat the feat against Islam or not.

But the Khabib Nurmagomedov protégé has already predicted Oliveira will not be able to finish him on the ground. Islam Makhachev recently gave an interview to ESPN, where he asked how many times Oliveira may submit him if they fought 100 times. In response to that, Makhachev said,

“All these grappling guys, they know who grapples me. Like I grapple with ADCC champions. I don’t wanna say like all these guys’ names. (But) they know my grappling and its greatness level and they people know Oliveira never gonna submit me”

It is foolish to doubt either Charles Oliveira or Islam Makhachev’s grappling acumen. Both are elites in their respective fields. Charles Oliveira is a Brazilian Jui-Jitsu expert who can swiftly find a submission from seemingly out of nowhere. He is remarkable in keeping his composure despite being rocked by his opponent. Oliveira opens up his guard which gives his opponents a false sense of security. But as soon as they jump in, like a cobra, Oliveira snatches up a submission the moment he senses it.

But Islam Makhachev is a completely different grappler than Charles Oliveira. Makhachev does not use himself as bait to lure his opponent. Instead, Islam pushes the pace himself and chases a takedown right from the beginning. He often takes down his opponents with ease. Makhachev uses his brute strength to out-muscle his opponents and submits them without much of a fuss. He has 10 submission victories in total and 5 of them came in the UFC.

Hence the question becomes, who’s style will have the upper hand? Lately, wrestling has had the edge over BJJ. Hence, Islam will have the advantage on the mat. But Oliveira has fought fighters with great wrestling previously and came out on top. Charles will be the faster fighter in the Octagon due to his shape.

Hence, Islam will have to be very careful with each move he makes on the ground. One bad position will mark the end of the fight for Islam, whereas Makhachev may find it harder to get the submissions.