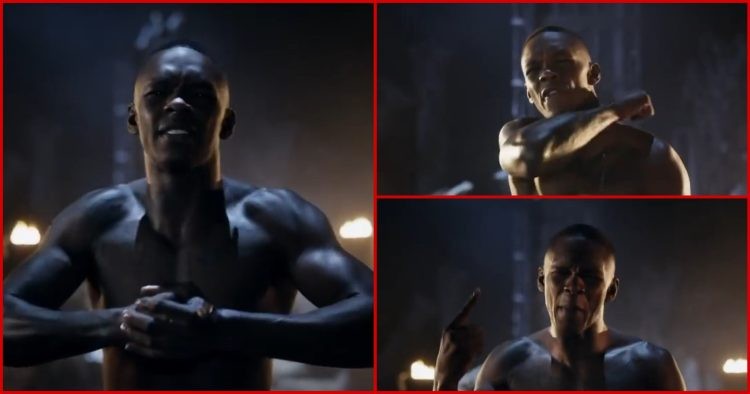 UFC superstar Israel Adesanya announces his association with the recently launched video game Elden Ring. It is an action role-playing video game which gives the gamers a rich experience of world exploration and action-adventure.

Developed by FromSoftware, this video game is directed by Hidetaka Miyazaki and Yui Tanimura. Miyazaki also served as a writer for the game alongside George R. R. Martin. It made the gamers really excited because Martin was the writer behind the fantasy novel series ‘A Song of Fire and Ice.’ It ultimately got turned into the famous television series ‘Game of Thrones.’

Hence, Israel Adesanya’s involvement in the promotion of the series certainly boosts his stock. Adesanya has always been interested in anime, video games and movies. Even his nickname The Last Stylebender is also inspired by an anime series called The Last Airbender.

Hence, he will be relishing the opportunity to be a part of such an ambitious and mainstream project. On top of that, the opportunity comes at a very good time as he is set to headline a massive PPV this weekend. In the main event of UFC 276, Adesanya will face Jared Cannonier.

However, Israel Adesanya is not the only UFC fighter to be associated with a video game series. Let’s take a look into which fighters had been part of video games before.

Former UFC Lightweight and Featherweight Champion Conor McGregor has been part of two video game series so far. In 2016, the UFC superstar appeared in the famous first-person shooting game series ‘Call of Duty.’ He was a character in ‘Call of Duty: Infinite Warfare.’ But he was the main character in ‘Dystopia: Contest of Heros.’

Adesanya’s longtime rival and former UFC middleweight champion Robert Whittaker also appeared in Skyrim. Although the game was initially released in 2011, Whittaker was added to the game as a fully voiced character in late 2021.

However, the UFC has its own video game series which is developed by Electronic Arts (EA Sports). The game has featured superstars such as Jon Jones, Conor McGregor, Israel Adesanya and Jorge Masvidal over the years.