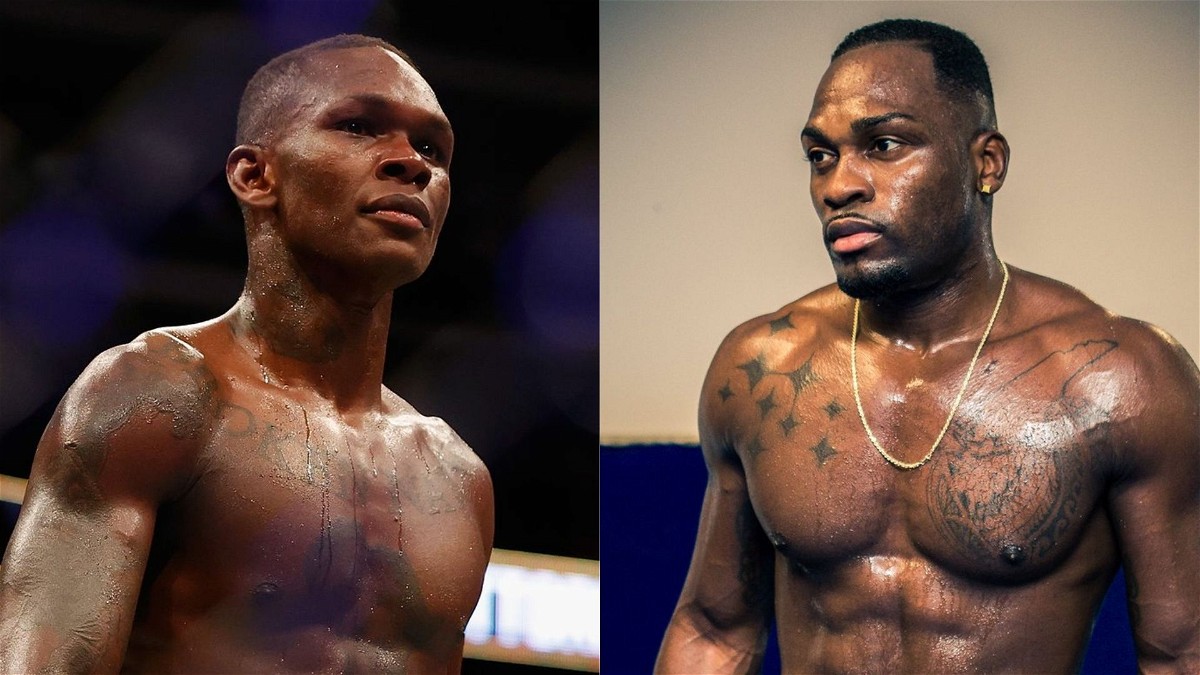 Israel Adesanya is all set to take on Robert Whittaker for the second time at UFC 271. While the middleweight main event is the most-anticipated feature of the night, elsewhere on the card another middleweight bout is significant for other reasons. Just before the co-main, Derek Brunson squares up against Jared Cannonier. And the reigning middleweight champion had a few interesting things to say about it.

It’s been 4 years since their first match at UFC 230 where they opened the main card in a PPV that featured Daniel Cormier vs Derrick Lewis as its main event. In what was only Adesanya’s 4th fight in the UFC, he knocked Brunson out in the first round. With 30 seconds remaining on the clock in the first round, Izzy checked Brunson with a kick and jab combo that shook him. The next 20 seconds that followed were just Israel hounding his rattled opponent till Herb Dean called a stop to the fight.

“I was so relaxed and so calm… You look at [Brunson’s] eyes, this guy was shook. He was really feeling the heat of the moment.”, is what Israel Adesanya had to say about this fight later on. He made an entire video breaking down his knockout of Derek Brunson which you can watch here.


Since then, both fighters have gone on equally impressive win streaks. Brunson has gone on to win his last 5 fights after the Adesanya matchup. The streak included high-profile wins over Darren Till and Kevin Holland. The Last Stylebender, on the other hand, has won 6 fights on the trot in the middleweight division and suffered the sole loss of his career in the light heavyweight division.

Their respective career paths over the last 4 years have culminated in them featuring on the same card once again. And the 32-year old middleweight champion is down for a rematch, conditionally. “I don’t mind doing another rematch if Brunson does well this weekend in a crazy way.“, he mentioned at the UFC 271 media day press conference. His quote indicates that should Brunson overcome Jared Cannonier’s challenge, there is no reason to rule out a rematch.

The Stylebender is looking for fresh blood ahead of UFC 271

On being asked about the middleweight division, the Nigerian-New Zealander stated, “I like what I see, and I hope I get some new meat, new blood because I like fresh blood.“. And it is not difficult to see why. Ever since his foray into the promotion, The Last Stylebender has ushered in an era of dominance that hasn’t been seen since Anderson Silva’s record title reign of 2,457 days. Could Brunson thwart his imperious run? Or will Robert Whittaker deny him the bragging rights by taking care of business himself this weekend?