Israel Adesanya Predicts the Finish of Robert Whittaker Rematch, but Keeps It a Secret 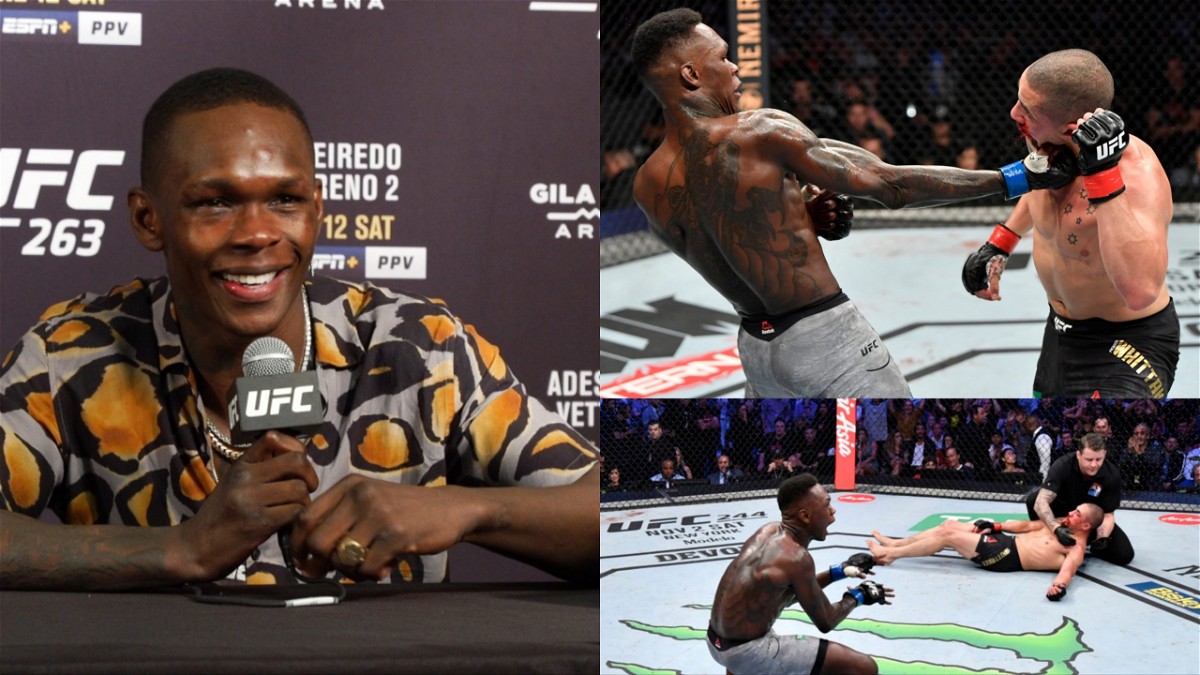 Israel Adesanya makes his official prediction for UFC 271. However, it is not meant for the public to hear. During an interview on his own YouTube channel, Izzy was asked about how he sees this fight going. He made four statements on how the bout might go. But his statements were blipped out. All that was audible was, “that way he knows he can’t f**k with me.”

Although nothing could be heard from the video, it does not stop fans from speculating what the champion might be hinting towards. One theory is a straight-up knockout. Last time, the pair engaged in a vicious brawl instead of a tactical contest. It resulted in a bad defeat for Whittaker. Adesanya also addressed that earlier in the interview.

However, it is unlikely that Bobby Knuckles will make that same mistake again. Hence, another theory is that Adesanya shows more of his grappling side. Whittaker recently commented on how to beat the champ and cited Adesanya’s bout against Jan Błachowicz. So it will not be surprising to see Robert trying to take the Stylebender down. It will give Adesanya the opportunity to show his wrestling defence or maybe even get a submission victory.

Keys to victory for Israel Adesanya

Israel Adesanya has already demolished Robert Whittaker once. Hence, Adesanya will obviously know what it takes to beat ‘The Reaper’. But what seems to be different is Whittaker’s demeanour. While, before their 2019 fight, the Aussie had a few out of octagon issues to deal with. But all that seems to be behind him as the 31-year old has learnt his lessons from the previous fight.

Hence, it is imperative for Adesanya to be wary of Whittaker’s wrestling. Darren Till has the same body type that of the middleweight champ. Although they are miles apart in terms of their skill’s, both Adesanya and Till are long and lanky. Hence, it proves that Rob is capable of holding fighters down of such dimensions.

Israel will also have to be careful about dropping his guard and getting caught with a big overhand punch. For example, Khabib Nurmagomedov dropped Conor McGregor with a big right hand as Conor was worried about Khabib’s takedown.

The fans are eagerly waiting for the contest and it will take place on February 12 inside Toyota Center in Houston, Texas. Fans can buy the PPV via ESPN+.

“That Forced Me to Quit for So Long”- Peng Shuai Reveals the Reason for Her Absence From Tennis, Casts Doubt on Her Tennis Return