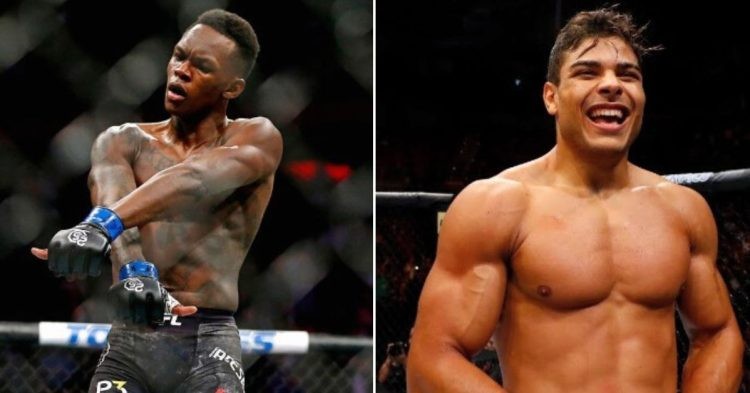 Israel Adesanya is a former kickboxing sensation and has transitioned into MMA as a force to be reckoned with inside the UFC. Within two years of entering into UFC, Adesanya rose to stardom with notable victories over Derek Brunson, Anderson Silva, Kelvin Gastelum, and Robert Whittaker. Adesanya has been praised for his technical striking and his impeccable counter punching.

Paulo Costa in a recent interaction during the Virtual Media Day for UFC 253 stated that he doesn’t see Israel Adesanya as a threat inside the octagon. Paulo Costa is a dangerous striker with solid knockout power in his hands. With notable victories over Yoel Romero, Uriah Hall, and Johny Hendricks, Costa has already cemented himself as one of the best in the UFC Middleweight division. However, Adesanya stated that he has faced better strikers than Paulo Costa and is not afraid of him. Adesanya claimed that Anderson Silva is a better striker with him, and stated that he is not a top-level kickboxer as well.

“Yeah, he’s not the best striker I’ve fought, but he’s dangerous, though. That’s one thing you have to remember. But he has to remember, so am I.”