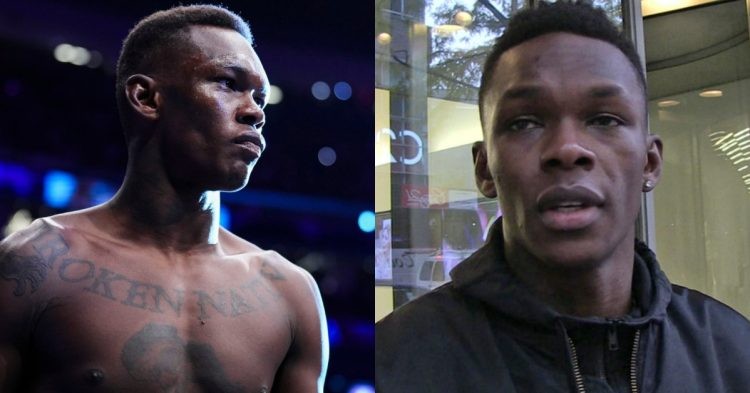 Former UFC middleweight champ Israel Adesanya almost got into major legal trouble at an airport. Adesanya was in New York for his UFC 281 title defense against Alex Pereira. After the event on November 12th, Izzy spent a couple of days in the USA before flying off to his home country New Zealand. But, trouble ensued as he was at JFK airport to leave the country.

As he was checking in, authorities found brass knuckles in Adesanya’s luggage. According to the rules and regulations in New York, carrying brass knuckles on one’s body or carry-on bag is a class A misdemeanor. TMZ was the first outlet to report on the matter on November 16th.

The initial report added that Adesanya was apprehended by Port Authority Police Department. Adesanya was near the TSA screening arena when authorities found the objects. The report also added that The Last Stylebender would have faced jail time of up to a year and a fine if he was found guilty. But it does not appear to be the case as Izzy later boarded the plane for New Zealand.

Israel Adesanya is one of the most recognizable names in the sport of Mixed Martial Arts (MMA). Although Izzy does garner some criticism from fans for his in-cage performances, Adesanya does not get in trouble with the law. Hence, a piece of news like this worried the fans as they speculated what went down at the airport. However, the situation appears to be under control.

Adesanya’s manager Tim Simpson issued a clarification on the matter. According to Tim, the brass knuckles were a gift from a fan. The 33-year-old unknowingly put the objects in one of his luggage at the time of his departure. Hence, the authorities found the illegal possessions of the UFC star. Tim, who also manages Conor McGregor, shared the statement via Canadian journalist Ariel Helwani.

“Israel was handed a gift by a fan which he put in his luggage, when flagged at the airport, Israel quickly disposed of the item and cooperated with authorities. He has complied accordingly. With that, the matter was dismissed and he is on his way home.”

Adesanya lost to Alex Pereira at UFC 281 in a dramatic fight. Pereira TKO’ed him at the 2:01 minute mark of the 5th round to win the belt. Afterward, Izzy revealed that he will take some time off from the sport as he has some health issues to fix. However, he later clarified that his problems are not too serious and fans will see him back in the cage sooner than initially expected.