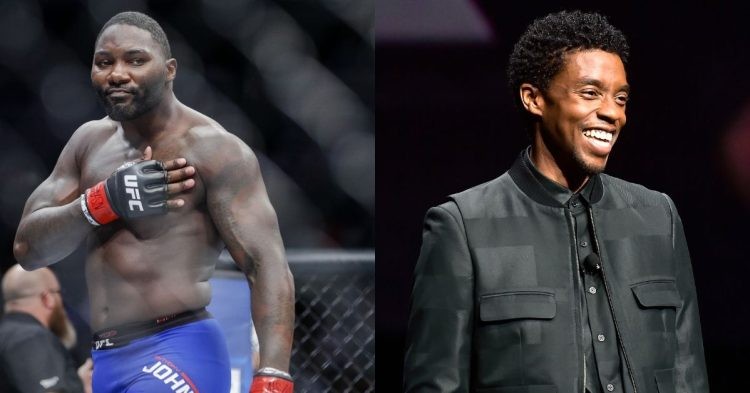 Shockwaves were sent through the Mixed Martial Arts community today. The cause was the tragic passing of the former UFC title challenger Anthony ‘Rumble’ Johnson. One of the hardest hitters in UFC history, Rumble had 17 career knockout victories.

Following his loss to former two-division Champion Daniel Cormier, Rumble went on to take a four-year break from fighting. Following the break, he came back for a fight at Bellator. Rumble was supposed to fight more, but he withdrew from the Bellator LHW Grand Prix due to an undisclosed illness. No one knew that the illness would lead to such a loss to the MMA community.

Through Kevin Iole of Yahoo Sports, it was discovered that the 38-year-old Rumble was suffering from non-Hodgkin’s lymphoma and hemophagocytic lymph histiocytosis. The illness led to organ failure which led to the tragic demise of rumble.

UFC fighters react to the passing of Anthony Johnson

A number of important figures from the MMA community have paid their respects. They’ve also spoken about how good of a person Anthony Johnson was while being a phenomenal athlete. The UFC President Dana White spoke out on Anthony Johnson’s demise.

“He was always a great kid. He was always in fun fights and he had that one-punch KO power that not many people ever had. He was a good human being. I send my condolences to his family.”

Anthony Johnson was one of the people who were naturally gifted with freakish punching power. The power was such that he punched Cormier and made him fly across the cage in the LHW title fight. Not to mention, Rumble knocked out the former Light-Heavyweight Champion Glover Teixeira with a single punch. Needless to say, both of the above-mentioned fighters have paid their respects to their former rival and competitor.

Daniel Cormier paid his respects through an Instagram post. In the caption, Cormier wrote, “Rest easy my brother. For a guy who stuck fear in to so many people’s hearts, Anthony Johnson was a caring person. From random texts to check-ins during loss. What a person he was, Rumble will be missed. Sometimes life doesn’t seem fair, Horrible news.”

The former light-heavyweight champion Glover Teixeira fought Anthony ‘Rumble’ Johnson in 2016. The pair fought in the co-main event of the UFC 202 pay-per-view card. The bout was a short one with Anthony Johnson displaying his trademark power and knocking out Texeira at 0:13 of the very first round. Glover paid respects to his former rival through an Instagram post. He wrote in the caption, “My heart is broken, sad news today. RIP my friend”

A former teammate of Anthony Johnson, Kamaru Usman also spoke out about his sad demise. Usman, who’s the former welterweight champion, stated his grief in an interview with Yahoo! sports.

“It was a little like Chadwick Boseman. Chadwick kept his issue private and we were all so shocked. Rumble would give you these nonchalant stories, and he was having dialysis on his kidneys but he never really told you fully what was going on. He didn’t want to be treated differently. He didn’t want people to see him losing all this weight and going through these situations and treat him differently because of what was going on. He was such an incredible athlete.”

Former UFC Light-Heavyweight Champion and one of the greatest fighters of all time, Jon Jones also spoke out on Rumble’s sad demise. Jones almost fought Anthony Johnson at UFC 187, but due to Jon falling prey to legal troubles the bout never materialized.

Jones posted a video showing a prank he and Rumble had once played to scare the UFC President Dana White. Both the fighters pretended to exchange shots at the face-off with Dana White trying to stop them.

The news is indeed heartbreaking as Anthony Johnson wasn’t just a great human being, but a great fighter as well. He had the gift of power, which few people possess. We hope he rests in peace.