Michael Chandler has made a huge statement in his UFC debut following his brutal KO of Dan Hooker. Even Dana White has been impressed by the 3-time Bellator lightweight champion. But, there is still one man left unimpressed by Iron. It is none other than Dustin Poirier. During an interview with Ariel Helwani, Chandler discussed about Poirier talking about a potential fight with him.

“Did you happen to see Dustin’s response when he was asked about potentially fighting you next. And if so, what did you make of it?” 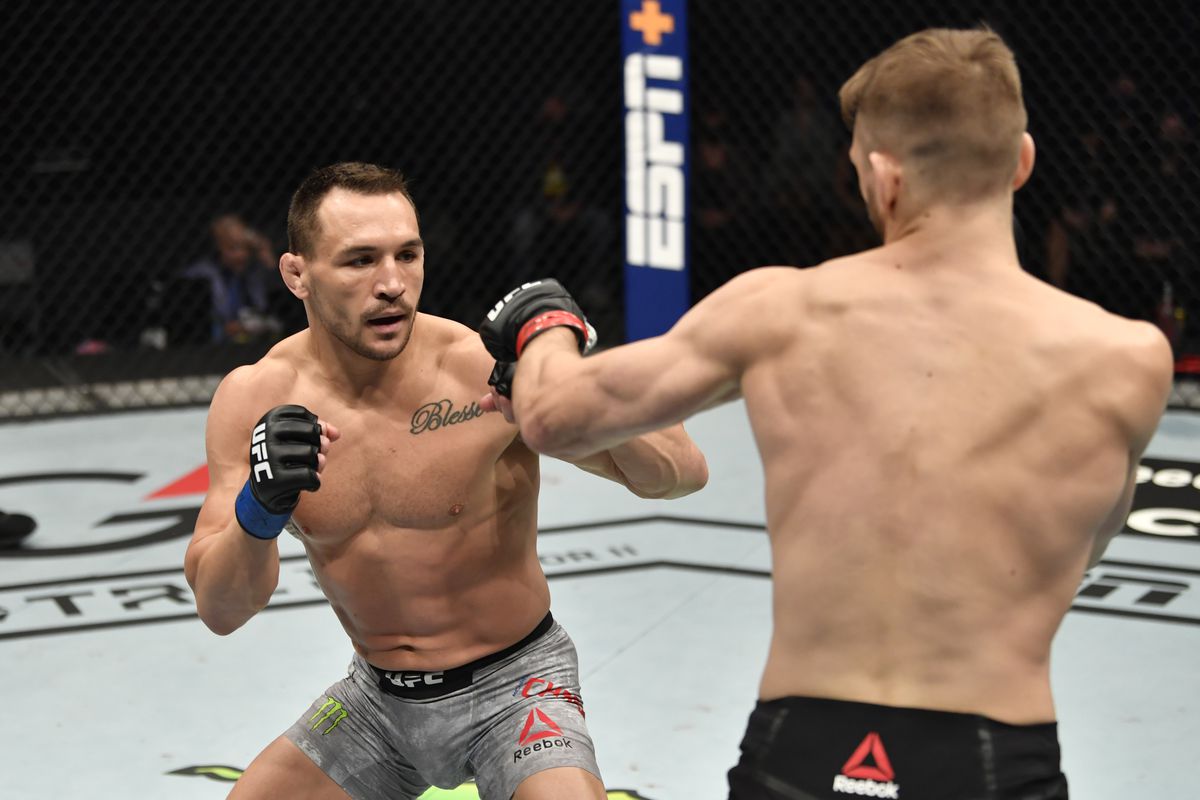 In response, this is what Chandler had to say:

Further explaining himself, he said:

He further told during the interview not to say that he hadn’t earned the opportunity to fight top notch guys like Poirier, “Don’t use the phrase ‘hasn’t earned it’ around me. I just came into your organization, I just came into the top 5, kicked down the door, knocked out a guy in two-and-a-half minutes that you couldn’t finish in 25 minutes, and I think I’ve cemented myself as a top guy.”

Michael Chandler Is One Of The Greatest Lightweights In The Sport

Undoubtedly, Michael Chandler is one of the best in the game. He is a 3-time Bellator lightweight champion. Having fought and beaten top level guys like Eddie Alvarez and Benson Henderson during all these years, it’s a certain fact that any organization in the world will keep him in high regard. And the UFC is no exception. Plus he also demolished Dan Hooker in two-and-a-half minutes, a performance that sent shockwaves across the whole MMA community.

So, it doesn’t seem to be that much of an exaggeration that he is placed at #4 after just 1 fight in the UFC. He seems to be one of the more deserving guys to have a shot at the 155lb gold.

Let’s know in the comment section down below if you think Michael Chandler deserves to fight top notch guys for the championship strap just after his UFC debut.