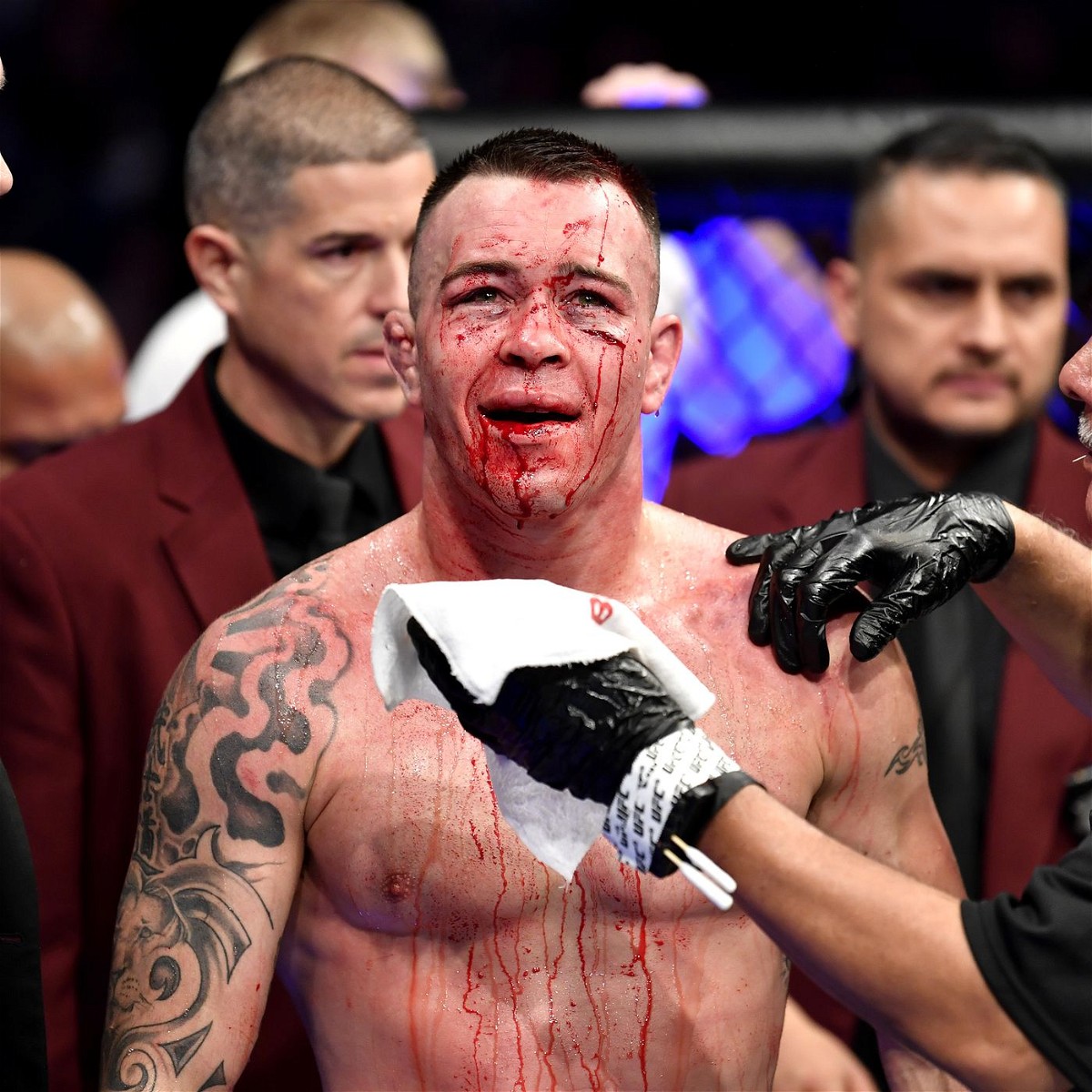 UFC Welterweight contender Colby Covington is arguably one of the most entertaining fighters to ever step inside the octagon. Covington has grabbed the attention of many fight fans with his unique personality. The ‘Chaos’ has very effectively embraced the role of a heel fighter in the UFC.

The American fighter very recently sat down with ESPN MMA’s Brett Okamoto for an interview. Speaking to Brett Okamoto, Colby Covington responded to the alleged X-ray images of his jaw which were released after his first title fight with Kamaru Usman at UFC 245 in 2019.

Covington had addressed the viral images and labeled them as fake. Covington also denied the allegations that he broke his jaw at UFC 245 against Kamaru Usman. He later claimed that the viral image is one of the worst photoshops in the history of this sport.

“It was one of the worst photoshops, let me say, in the history of this sport. Someone went and took an image of Google, they put my name on [the X-ray] photo Colby Covington and first off, if you ever read an x-ray film, it’ll never read your name straight across. It’ll look backwards. And they photoshopped the image, and the front tooth had a cap on it, do I have caps on my front teeth? I don’t think so. It was just a bad photoshop. So nothing was broken, the only thing that was broken was Marty’s pride that night.”

Did Colby Covington really broke his jaw at UFC 245?

Colby Covington vs Kamaru Usman had turned out to be one of the greatest Welterweight title fights in the history of UFC. Both the fighters displayed their ruthless carnage in the octagon and put on a slugfest performance for the fans. The bout between Usman and Covington become an instant classic and would be cherished by the fans for years to come.

Both Kamaru Usman and Colby Covington were putting on a show at UFC 245. Consequently in the third round Covington had caught a straight right hand from Usman which supposedly broke his jaw. At the end of the round, Covington went to his corner and was heard telling his coaches about his broken jaw.

“I think I broke my jaw.”@ColbyCovMMA is compromised entering the championship rounds #UFC245 pic.twitter.com/nZTwXThtPY