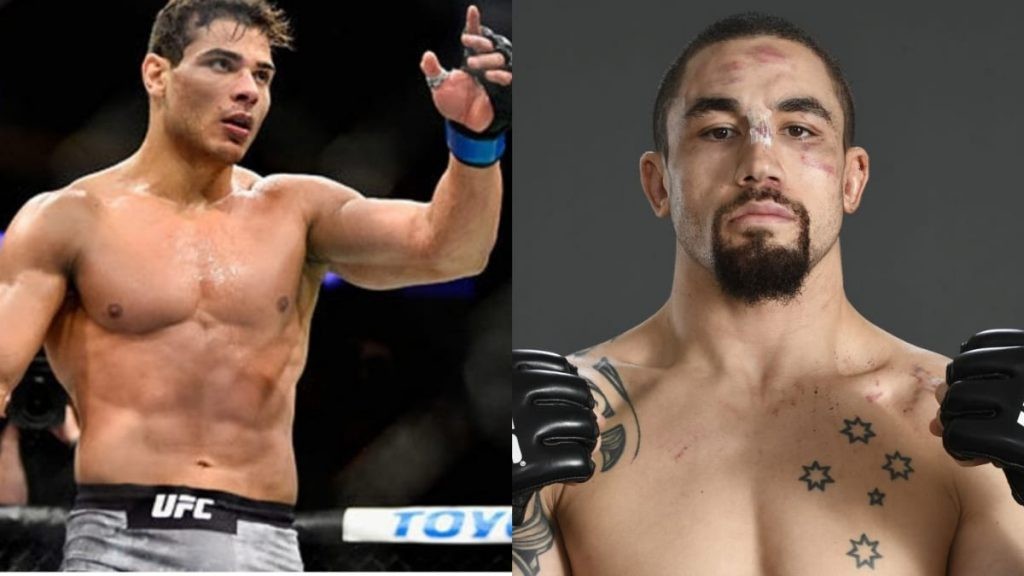 In a recent interview with Fox Sports Australia, Whittaker was asked about UFC Vegas 41 and about the situation of Costa. Replying to this, Whittaker showed his annoyance at Costa. He questioned the meaning of contracts and rules if fighters can do whatever they want without facing any problems. ” It’s just complete Bulls***…It is garbage” said Whittaker.

The Newzealand born- Australian also questioned Costa’s professionalism and commitment to the sport. He expressed that, what Costa did was worse than any non-professional fighter who has fought a lot of fights in local tournaments. “ I know amateur fighters..who have more professionalism than he(Costa) showed on the weekend,” said Whittaker.

According to Whittaker, the situation was very bad as Costa failed to make the weight multiple times and the UFC had to change the catchweight again and again to meet the weight requirements of Costa. Whittaker congratulated Vettori who after all these last-minute changes committed to the fight and won it. “ Hats off to Vettori for taking the fight like a stud and keeping the card alive,” said Whittaker.

Since the day Paulo Costa accepted that he can’t make the weight for UFC Vegas 41, the whole fight world has criticized his commitment. Be it fans, analysts, or former players, everyone questioned his professionalism.

“I think this fight will happen. Just won’t happen if he don’t want to fight me.”

Paulo Costa trying to put the onus on Marvin Vettori to fight while he sits up there 25 pounds overweight is something. Respectfully, take that trash elsewhere.https://t.co/PkFkD9Jp7q

Paulo Costa showing up at the weigh ins pic.twitter.com/5UvzvagP6W

Many Such fighters and fans posted and tweeted about the same. Even Vettori was furious about Costa missing weight. However, he agreed to fight him at 205 pounds. But, soon after the fight ended he called him a “c***” for the attitude he showed through the conflict.

Recently, Michael Bisping, who interviewed Vettori inside the octagon when he cursed Costa agreed to Vettori’s statements. Bisping said: “It was kind of c**** wasn’t it, let’s be honest. Coming in and calling the shots and making [Marvin Vettori] fight at 205 pounds.” in his youtube channel.

Even though the fight world is criticizing Costa, he remains firm on his stand as he earlier stated “I had some problem to not make—to not coming here with my usual weight, I came little bit higher weight because I need to stop some weeks of training.”